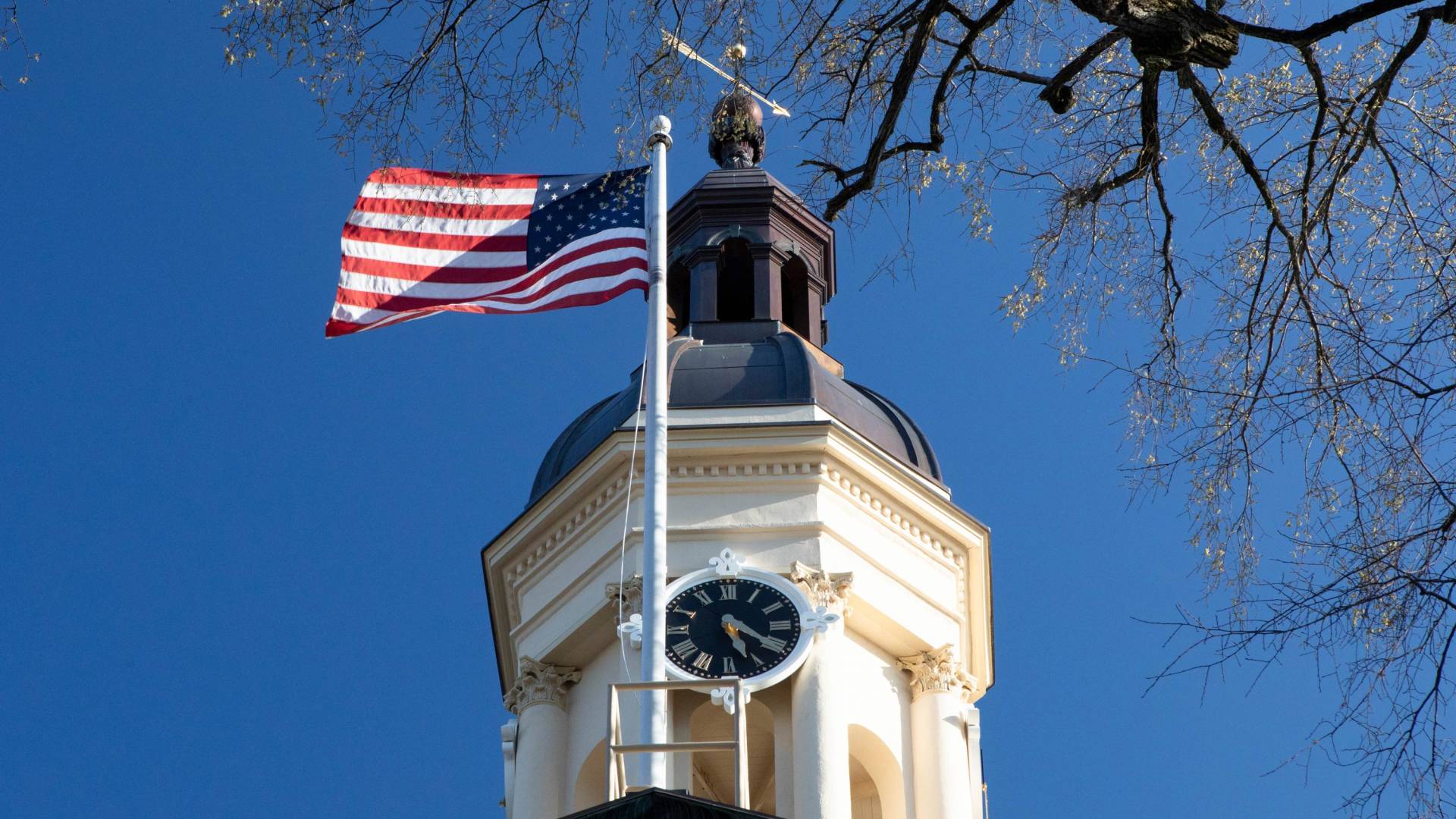 Princeton University Board of Trustees' decision on use of Woodrow Wilson's name June 26, 2020

The Princeton University Board of Trustees voted today to remove Woodrow Wilson’s name from the University’s School of Public and International Affairs, which will now be known as the Princeton School of Public and International Affairs. We have taken this extraordinary step because we believe that Wilson’s racist thinking and policies make him an inappropriate namesake for a school whose scholars, students, and alumni must be firmly committed to combatting the scourge of racism in all its forms.

Student protests at Princeton in November 2015 called attention to Wilson’s racism, and we responded by forming an ad hoc committee, chaired by Brent Henry ’69, to study Wilson’s legacy at Princeton. The committee recommended valuable reforms to increase Princeton’s inclusivity and recount the University’s history more completely, but it left the names of the School and College intact. Student and alumni interest in those names has persisted, and we revisited them this month as the American nation struggled profoundly with the terrible injustice of racism.

If the question before us were how to weigh Wilson’s achievements against his failures, members of the Princeton community might reach varying judgments. We believe, however, that these times present the University with a different question. Identifying a political leader as the namesake for a public policy school inevitably suggests that the honoree is a role model for those who study in the school. We must therefore ask whether it is acceptable for this University’s school of public affairs to bear the name of a racist who segregated the nation’s civil service after it had been integrated for decades. This question has been made more urgent by the recent killings of Breonna Taylor, Ahmaud Arbery, George Floyd, and Rayshard Brooks, which have served as tragic reminders of the ongoing need for all of us to stand against racism and for equality and justice. Our commitment to those values must be clear and unequivocal.  We believe that the continued use of Wilson’s name on a school of public affairs does not reflect those values and thereby impedes the School’s and the University’s capacity to pursue their missions.

We take this action while continuing to recognize and respect Woodrow Wilson’s exceptional achievements. The board today reaffirms its belief that the April 2016 Report of the Trustee Committee on Woodrow Wilson’s Legacy at Princeton accurately and persuasively summarizes the strengths and deficiencies of Wilson’s record at Princeton and in the broader world. As that report documents, during his time on the faculty and as a transformative president, Wilson improved Princeton as much as or more than any other individual in the University’s long history. Though scholars disagree about how to assess Wilson’s tenure as president of the United States, many rank him among the nation’s greatest leaders and credit him with visionary ideas that shaped the world for the better.

As our nation wrestles with its history in this moment, it is important, especially at institutions committed to seeking the truth, that we recognize the complexity of historical figures and that we examine the entirety of their impact on the world. Though we conclude today that Wilson’s racism makes him an inappropriate namesake for the University’s School of Public and International Affairs, we recognize that Princeton has a continuing responsibility to remember his achievements even as we honestly and publicly contend with his failures.

One of Princeton’s residential colleges also currently bears Wilson’s name. That naming, like the naming of the School of Public and International Affairs, is honorific, not the result of any donor’s gift. The University has previously indicated that it plans to close Wilson College and retire its name after opening the two new residential colleges now under construction south of Poe Field. Rather than ask students in the College to identify with the name of a racist president for the next two years, the University will accelerate retirement of the honorific naming. The College will instead be known as “First College” in recognition of its status as the first of the residential colleges that now play an essential role in the residential life of all Princeton undergraduates.

The University’s highest honor for an undergraduate alumnus or alumna is conferred annually on Alumni Day and also bears Wilson’s name. The Woodrow Wilson Award, unlike either the College or the School, is the result of a gift. When the University accepted the gift, it took on a legal obligation to name the prize for Wilson and honor his “conviction that education is for ‘use’ and … the high aims expressed in his memorable phrase, ‘Princeton in the Nation’s Service.’”  The University will continue to recognize extraordinary public service by conferring the award as currently named. The award explicitly honors specific and positive aspects of Wilson’s career, and it, unlike the School or the College, does not require students to identify with the Wilson name in connection with their academic or residential programs.

Princeton University Board of Trustees