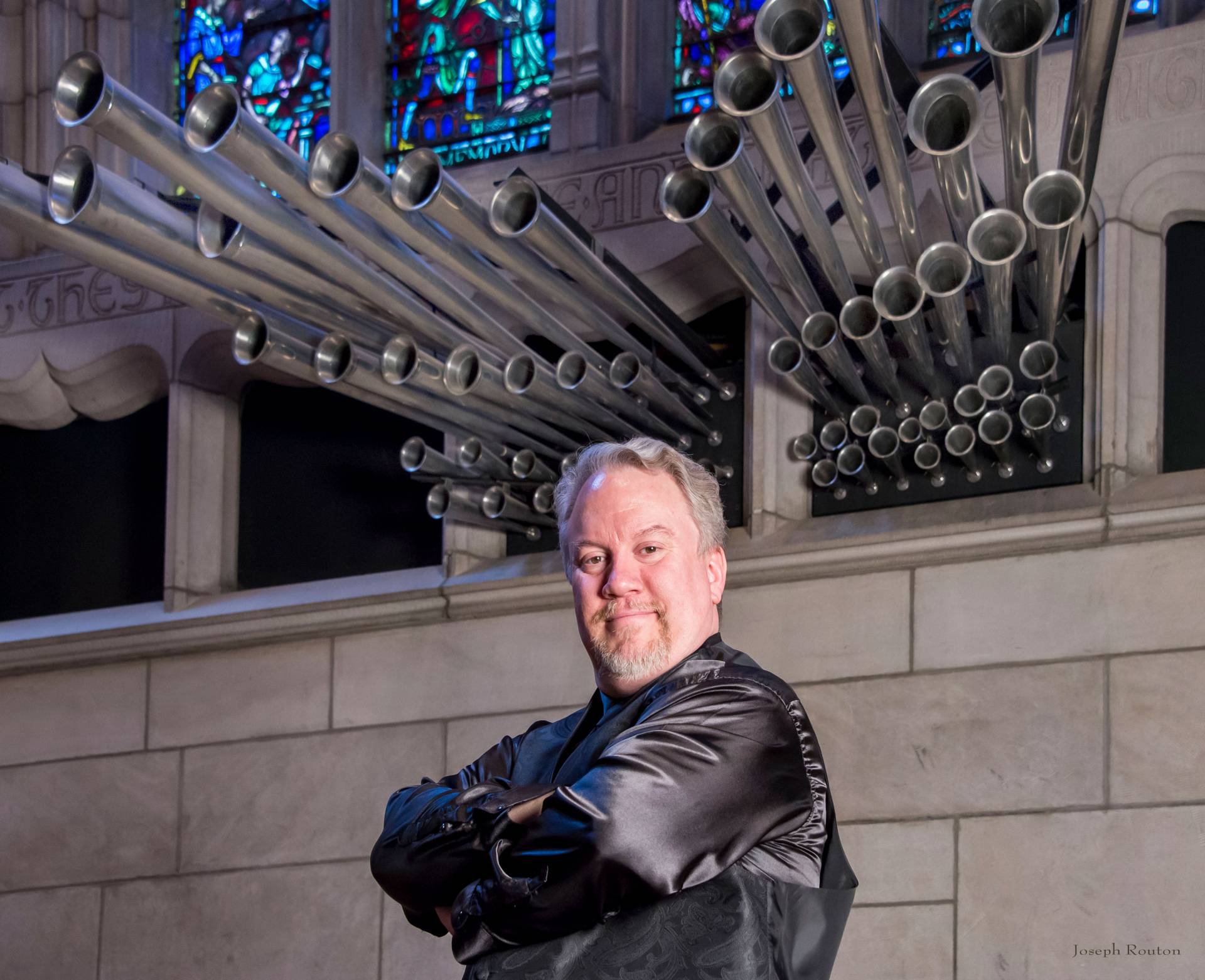 University organist Eric Plutz worked for more than a decade to master the six solo symphonies by famed French Romantic composer Louis Vierne — and performs them in a marathon virtual concert Oct. 8 on the Office of Religious Life's YouTube channel and Facebook page to celebrate the 150th anniversary of the composer's birthday.

It was 2009. On his drive home from work one day, Princeton University organist Eric Plutz began to wonder. Though his responsibilities at his full-time job at the University kept his plate more than full, he felt ready for a new creative challenge that would take advantage of a very significant resource at his disposal: the University's 8,000-pipe Mander-Skinner organ. 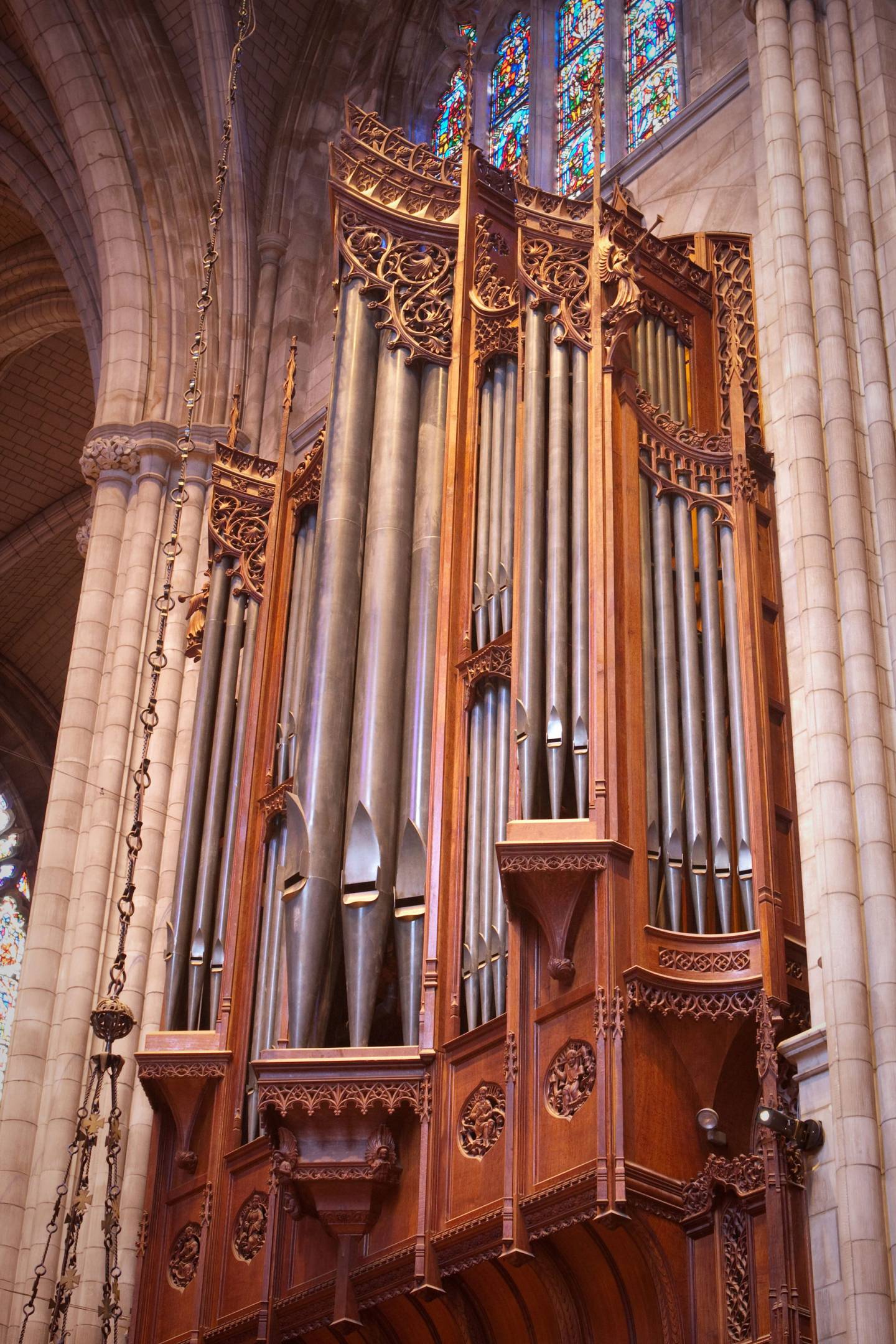 Princeton University Chapel's Mander-Skinner organ has 8,000 pipes and is unique in that it uses the nave — the long, central part of the church — as a sounding board to produce a four-and-a-half second reverberation. Michael Ging, managing director of Seven Eight Records, the classical record label with which Plutz has signed, describes the interplay between the building and its organ as "one of the finest in North America."

A long-time fan of Louis Vierne, the famed French Romantic composer and principal organist at Notre Dame Cathedral in Paris for 37 years, Plutz realized that Vierne's 150th birthday would land in 2020 — giving him just over a decade to learn the organist's infamously difficult solo organ symphonies written between 1895 and 1930.

And so the Vierne Project was born.

Plutz planned to learn and perform a new symphony every other year to achieve what only a handful of people in the world could lay claim to: mastering all six symphonies. The project would culminate in what Plutz described as the "lofty, difficult, yet attainable goal" of performing these works at the Princeton University Chapel to commemorate Vierne's sesquicentennial.

While the pandemic made live performances impossible, a marathon of Plutz's videos of the Vierne Project — the culmination of 11 years of committed practice — will premiere Thursday, October 8. The videos, one for each symphony, will be released on the hour starting at 4 p.m. and ending at 10 p.m. EDT on the Office of Religious Life's YouTube channel and Facebook page.

For a preview, listen to and watch excerpts online.

Marrying the organ to the music: 'Each movement is a gem'

Mastering and maintaining the integrity of Vierne's musical works of art takes much more than just thousands of hours of practice. The instrument used to perform the pieces can play just as — if not more — an important role in how Vierne's masterpiece sounds.

According to Alison Boden, dean of religious life and the Chapel at Princeton, the University's organ is unique in that it uses the nave — the long, central part of the Chapel — as a sounding board to produce a four-and-a-half second reverberation.

"Those beautiful stone walls and that long nave means that, in the Chapel, the notes that Louis Vierne wrote have an even more spectacularly resonant and powerful sound," Boden said. 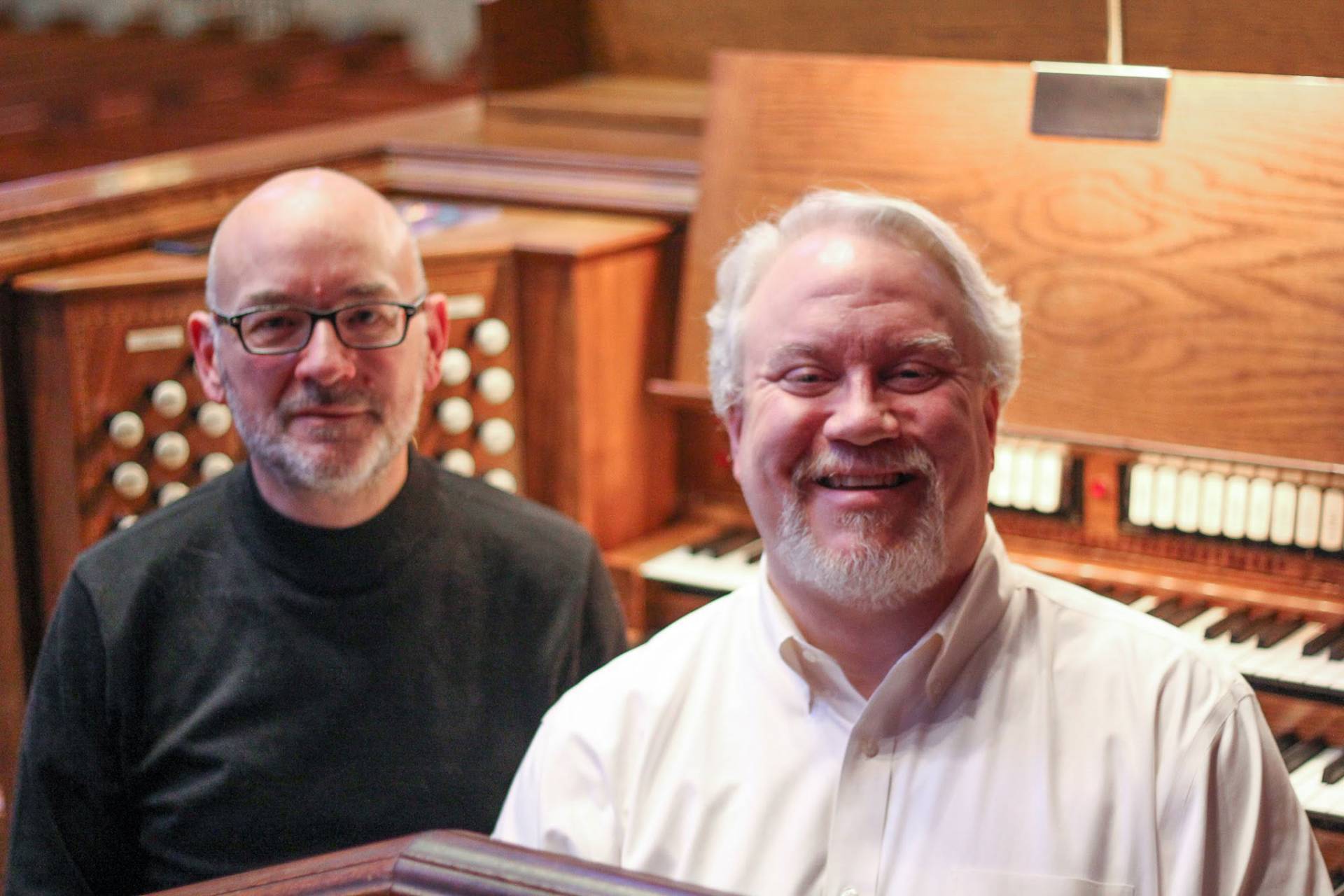 Eric Plutz (right) sits at the Princeton University Chapel organ with Kyle Ritter, organist at All Souls Episcopal Cathedral in Asheville, North Carolina, and Plutz’s best friend of 25 years. This photo was taken on March 5, 2020.

Michael Ging, managing director of Seven Eight Records, the classical record label with which Plutz has signed, describes the interplay between the University Chapel building and its organ as "one of the finest in North America."

For Plutz, the Vierne Project not only represented an opportunity to continue growing as an artist, but it also represented an important homage to an artist he has long been drawn to.

"Vierne, in my opinion, is right at the crux of where the [organ] music is approachable, it's understandable, but it's challenging to listen to and to play; music after Vierne takes a turn, and it doesn't speak to me in the same way," Plutz said.

The six, multi-movement works of Vierne, written entirely in eerie minor keys, capture the many moments of difficulty endured by the composer during the 35 turbulent years in which he worked on them. Marked by the death of his son and brother in World War I, financial insecurity and health battles, Vierne's life was indisputably dark at times. Although legally blind, Vierne, who spent much of his professional life playing at Notre Dame (and died there mid-concert), wrote many evocative pieces detailing parts of the cathedral.

"His music always had, even with darkness, an inner beauty that came through," Plutz said.

According to Plutz, as the symphonies progress, the music becomes more despondent, evolving from a "light, lovely scherzo" to a swelling chorale with a "glorious crescendo." The music then flows into a melodic, cantabile movement, and then finally slows down into a crushing, heady adagio.

Dean Boden, who provided an important source of support for Plutz during this decade-long journey, lamented that the COVID-19 pandemic, as with so many other aspects of our lives, had upended what was originally planned to be a performance with a live audience. Nonetheless, she said, "I'm really grateful to Eric for doing what he had to do to make this happen."

Plutz, who earned his bachelor's in organ performance at Westminster Choir College in Princeton and his master's in music from the Eastman School of Music in Rochester, New York, said his Vierne Project presents a unique opportunity to witness an incredible variety of sounds from an often underappreciated instrument.

Boden agrees. "Organs are the largest instruments anywhere, and ours is particularly very, very large," she said. "So just treat yourself to a sonic experience of being surrounded by significant pieces of music that make use of 8,000 pipes. Think of this as the blue whale of musical experiences."