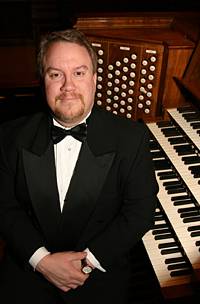 Principal University Organist Eric Plutz will play the first concert in the year-long series highlighting the renowned Mander organ in the University Chapel. 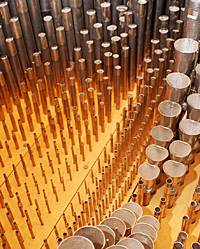 A year-long series of organ concerts highlighting the renowned Mander organ in the University Chapel will begin on Wednesday, Sept. 21.

Principal University Organist Eric Plutz will play the first concert of the season featuring "Carnival of the Animals" by Camille Saint-Saëns. Henry Horn, professor of ecology and evolutionary biology, will narrate the traditional verses by Ogden Nash. Plutz will perform a transcription for organ by Ekaterina Melnikova of the work, which was originally written for a chamber ensemble of 13 players.

The organ was constructed and installed in 1928 by the Skinner Organ Co. of Boston. In May 1990, it was completely dismantled for repair and renovation. By December 1991, the Mander Organ Co. of London had restored the majesty of the French Romantic conception of the original organ, and revived the clarity and precision of its Baroque alterations.

Performers for the Princeton concerts come from around the country and the world, sometimes traveling great distances to play on such an instrument. The concerts are held at 12:30 p.m. every Wednesday while classes are in session. They last 30 minutes and are free and open to the public.

A second organ concert series takes place each year at the Graduate College. The free concerts usually begin at noon on the first Thursday of each month in Procter Hall. Lunch is available following the concerts for $5. The first concert is scheduled for Thursday, Oct. 6, with Kathy McNeil of Morristown, N.J.

A complete schedule for the year for both series is available from Plutz.