For its sixth class, 154 scholars were selected from around the world from more than 3,600 applicants. Due to the coronavirus pandemic, candidates from more than 60 countries interviewed before panels of CEOs, government officials, university presidents, journalists, and non-profit executives, among others. This year’s process marked the first time that a class of Schwarzman Scholars was selected entirely virtually.

The scholars will study economics and business, international studies, and public policy. Courses will be taught in English by professors from Tsinghua, as well as visiting scholars, beginning in August. The program was founded by Blackstone investment firm co-founder Stephen Schwarzman. 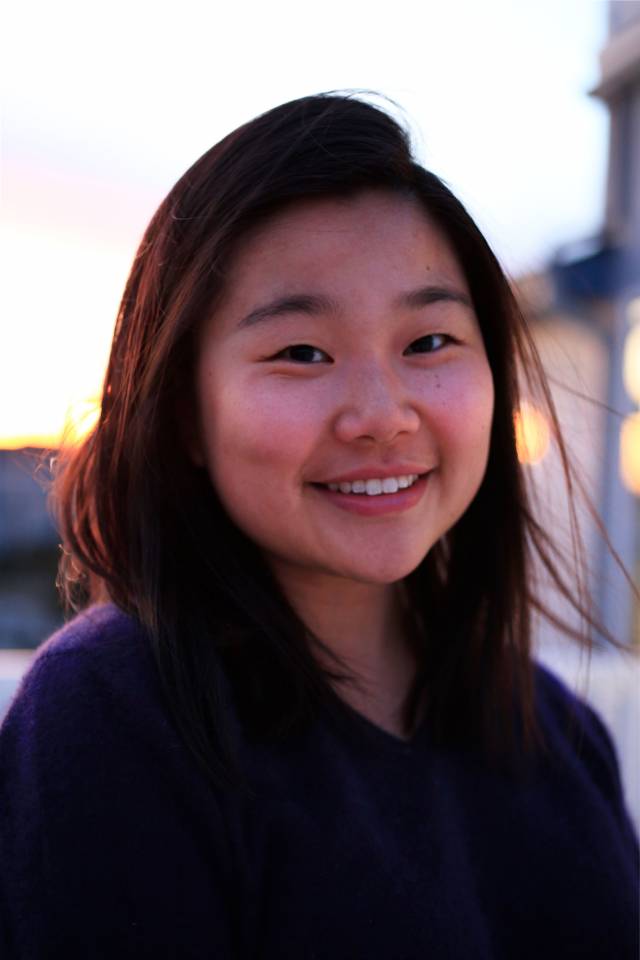 Ilene E, of West Windsor, New Jersey, is a concentrator in computer science. She is pursuing certificates in visual arts and applied and computational mathematics. Through the program she will pursue her interest in film and animation.

“Most people view animation purely as a form of entertainment. I see it as a way to ignite cross-cultural empathy within the younger generation,” E wrote in her personal statement. “I have produced animated films to increase cross-cultural understanding within my local, academic and social communities: a start to a broader mission that I hope to continue as a Schwarzman Scholar, expanding my impact to push the animation industry to realize its potential to serve as a common ground across disparate cultures, planting in young viewers the seed of true empathy and paving the way for a more inclusive world.”

While completing her studies at Princeton, E has worked as a machine learning intern for the Beijing Institute of Big Data Research, an engineering practicum intern at Google, and a graphic designer for the Princeton Council on Science and Technology. She served as executive director and print designer for Princeton Student Design Agency, managing 30 designers.

“Ilene has passion and strength both as an artist and a technologist, which explains in part her interest in computer graphics and animation,” Finkelstein said. “She is a computer science major, and also does graphic design work, for example, in the Princeton Student Design Agency and for our Council on Science and Technology. She also has an enthusiasm for research that will serve her well as a graduate student.”

Since 2017, E has served as executive editor of design and graphic designer for Business Today. Her short film “Jane” was an official selection at the Silicon Valley Asian Pacific Film Festival and Princeton Independent Film Festival, and it received a Jury’s Choice Award at the New Jersey Young Filmmakers’ Festival. Another animated short, “Home,” received honorable mention for animation at the New Jersey Young Filmmakers’ Festival and won the Princeton University UCHV Short Movie Prize. 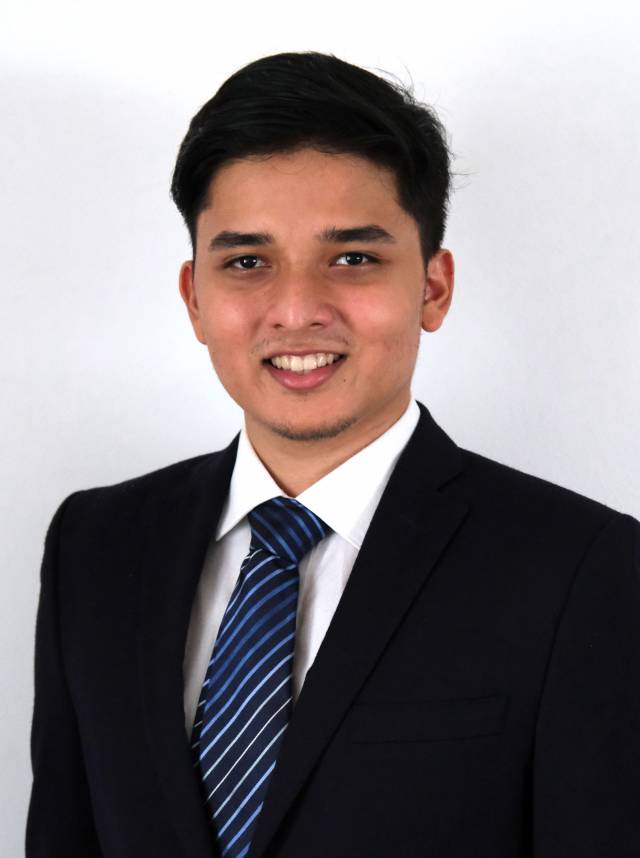 Arjun Sai Krishnan, who is from India and Singapore, is a concentrator in computer science pursuing certificates in linguistics, applied and computational mathematics, and quantitative and computational biology. As a Schwarzman Scholar, he plans to study policy and leadership to bring cutting-edge technological solutions to conservation issues and climate threats.

“As a Schwarzman Scholar, I would gain an invaluable, intellectually formative experience that would give me the policy foundation I need as an aspiring leader,” Krishnan wrote in his personal statement. “Whether it’s in a backyard coral reef or a community agroforest in rural India, I want to build a world that helps both people and nature thrive.”

At Princeton, Krishnan is one of the founders and student leaders of the Sunda Rainforest Project, a student-led conservation group that initiated a collaboration with the World Wildlife Fund to protect rainforests in Sumatra, Indonesia.

Earlier this year, together with two other Princeton students, Krishnan founded Panko, a student startup that is working on a web and mobile application for restaurants to dynamically adjust prices to engage demand and reduce food waste.

“I’ve known Arjun since he was participant in my freshman seminar, and we have been working together ever since, on projects ranging from the computational modeling of sound change and language evolution (his thesis topic) to Tamil grammar and the decipherment of ancient scripts,” said Christiane Fellbaum, a lecturer with the rank of professor in the Council of the Humanities, the Program in Linguistics, and computer science. “Arjun is not only brilliant, but infinitely energetic, curious, enthusiastic and ready to explore anything to do with language, machine learning, mangrove swamps or orangutans.” 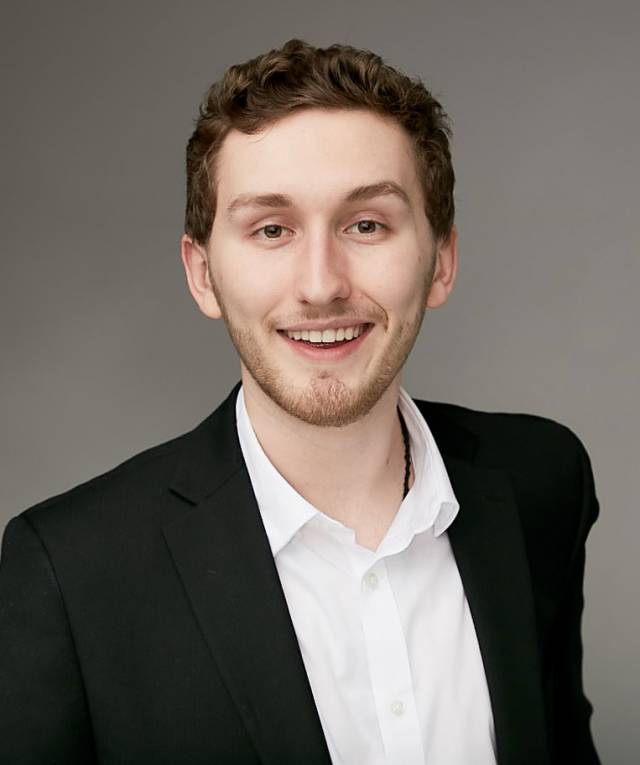 Austin Mejia, of Chapel Hill, North Carolina, is completing an independent concentration in computer science and public policy, along with certificates in entrepreneurship, dance, and information technology and policy. He plans to use his Schwarzman Scholarship to explore how the climate crisis can be addressed through global policy, technology and entrepreneurship.

“Becoming a Schwarzman Scholar and studying at Tsinghua University will deepen my understanding of how China approaches the issues I've learned from a Western perspective,” Mejia wrote in his personal statement. “The practical nature of Schwarzman’s curriculum — notably the Deep Dive, leadership development, and internships with climate NGOs in Beijing — would elevate my study from the theoretical to the practical, giving me tools I can use to address this global problem.”

Mejia is founder of Donera, which tracks and allocates contributions between 10 climate nonprofits. He is president of the Princeton Entrepreneurship Club and has served as a director and board member for IgniteSTEM.

In addition to working as a program management intern at Microsoft and an engineering practicum intern at Google, Mejia also served as director of engineering for JÜV Consulting in New York and interned in software development at Syte.ai in Tel Aviv through the Keller Center’s Princeton Startup Immersion Program.

Mejia is a National Hispanic Scholar and a recipient of the Peter B. Lewis award from the Lewis Center for the Arts. He received a NextGen Fellowship in Civic Impact, is a fellow with the Harvard TechxSocial Impact program and was a presenter and panelist at Princeton Research Day.

A residential adviser at Mathey College, Mejia enjoys performing freestyle rap and performing as part of the Princeton Triangle Club.

“Austin is distinctive among students I have advised at Princeton in marching to the beat of his own drum, and identifying the foundations he needs to pursue his intellectual and entrepreneurial goals,” said Jennifer Rexford, the Gordon Y.S. Wu Professor in Engineering, professor of computer science, and chair of the Department of Computer Science. “He rightfully recognizes a gap in information technology expertise in public policy circles, and he wants to bridge that gap.” 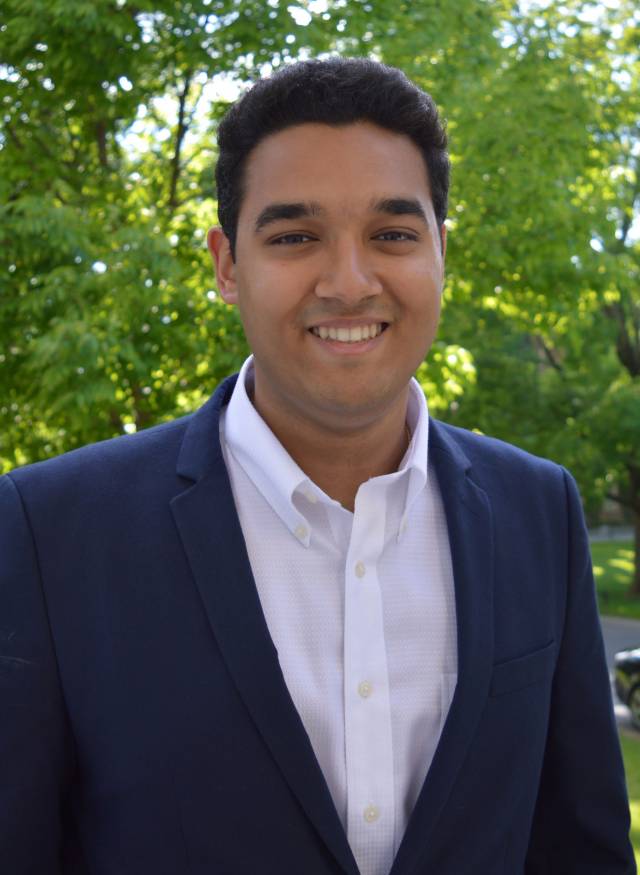 Karthik Ramesh, who was born in New York and raised in London and Mumbai, is a concentrator in economics. He is pursuing a certificate in statistics and machine learning. Ramesh will use his Schwarzman Scholarship to deepen his understanding of how policy, non-profit initiatives and the private sector can improve lives in the developing world.

“The Schwarzman program would enhance my preparation for such a career by providing me with an excellent vantage point to evaluate firsthand how Chinese leaders are responding to the threats posed to their country’s development,” Ramesh said. “I hope that understanding how the world’s largest economy is adapting to the retreat of globalization may unlock fresh insights into the path ahead for other developing countries.”

Ramesh worked as a finance intern on the congressional campaign of Tom Malinowski and as a policy intern for Congresswoman Bonnie Watson Coleman. This year, he was a summer business analyst for McKinsey & Company.

Ramesh also has served as a tutor and course assistant for introductory courses in macroeconomics, microeconomics and differential calculus.

A resident of Butler College, Ramesh has performed as lead actor in three student-written and directed comedies with Princeton South Asian Theatrics. He is a former volunteer for an after-school homework club for local high and middle schoolers through Community House.

“Mr. Ramesh will light up and energize any room he’s in, any conversation he’s in, any community in which he is present,” said Susan Wolfson, professor of English.