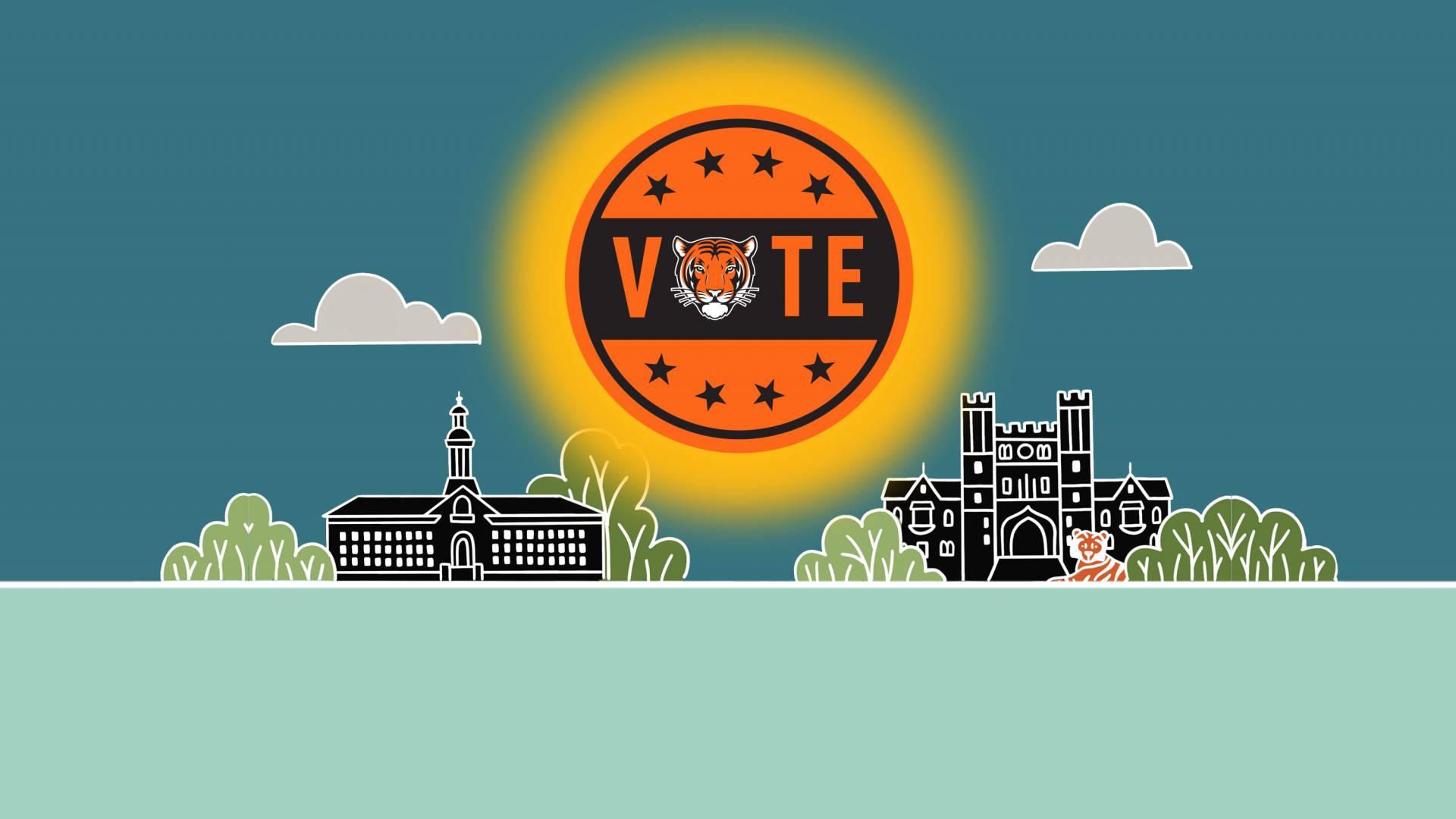 ‘No off years.’ Princetonians encourage college students to be more civically active

Princeton senior Joe Shipley doesn’t consider November 2021 an off-year election. Shipley, who is part of Princeton’s Vote100 initiative, says college students should be as interested in local and state elections as they are in presidential runs.

After a successful 2020 registration campaign, Vote100 leaders have focused this fall on engaging undergraduate and graduate students with elections in New Jersey and their home states. New Jersey students registered in Princeton have voting opportunities through mail-in, drop box and in-person options on or close to campus.

“Our goal is to have no ‘off years,’” Shipley said. “A lot of people think that national, and especially presidential, elections are the only ones that matter, and we're trying to remind people that state and local elections have an equal, or greater, impact on their day-to-day lives.”

He added: “On almost all of the issues that people care about the most — education, criminal justice reform, taxation and even the way elections themselves are run — the decisions that really affect people's lives are made locally.”

The nonpartisan Vote100 initiative, launched by the Office of the Dean of Undergraduate Students (ODUS) in 2015, encourages students to vote where they are eligible and participate in advocacy and service work in various ways.

In the 2020 election, New Jersey had the highest youth vote in the country. At Princeton, the Vote100 initiative helped significantly increase student registration and voting rates last year. Nearly 88% of voting-eligible Princeton students registered and 75% voted on Election Day 2020, compared with 50% of eligible students who voted in 2016. Princeton’s data was reported as part of the National Study of Learning, Voting, and Engagement (NSLVE) by the Institute for Democracy and Higher Education at Tufts University.

"We in ODUS are so proud of our students and staff who have been committed to Vote100, and by extension this important work with youth voter engagement, for several years now,” said Bryant Blount, assistant dean and manager of strategic communications in ODUS. “The data is showing that this helped move the needle on our campus, and we hope it can stand as a model for other campuses.”

For fall 2021, Vote100 partnered with nonpartisan organizations for the Be a Civic Leader training program open to college students studying in New Jersey. The program is supported by the ALL IN Campus Democracy Challenge, along with the New Jersey Department of State, Princeton University, Berkeley College and Rutgers University-New Brunswick.

The Be A Civic Leader program featured six virtual speaker sessions and workshops on topics ranging from innovative get-out-the-vote ideas to gerrymandering. Speakers included Princeton President Emeritus Shirley M. Tilghman, Princeton Professor of Neuroscience Sam Wang and The College of New Jersey President Kathryn Foster. Students who completed the courses will receive a certification from the State of New Jersey.

“Students should vote because it is a privilege to be able to vote,” said Brian Luntz, a sophomore from Connecticut who participated in the civic leadership training. “We have the privilege of living in a democracy where our voice matters. Students need to demonstrate by voting in elections that they value having the right to vote.”

“How to get college students to vote is the million-dollar question,” Blanco said. “We are all so busy with studying, activities, friends. You really have to carve out time. My advice is to make a voting plan. Be intentional, and schedule the time to mail-in your ballot or go to the polls. For the Class of 2025, I wrote personal emails letting first-years know about the resources to vote on campus.”

Blanco, who was born in Cuba and raised in Miami, said she’s been interested in civic engagement since going to the polls with her parents as a child.

“I remember sitting with them in line for two hours. As a kid, I complained, but now I’m the one telling everyone to go and vote!” she said. “We can have the biggest direct impact on our local leaders, who make decisions about public education and our communities. The best way to effect change is to vote for people who support the policies and issues you are passionate about too.”

'What can I do?' How to put your values into action