The American Meteorological Society has selected V. “Ram” Ramaswamy as the 2022 recipient of the highest honor it can bestow on an atmospheric scientist, the 2022 Carl-Gustaf Rossby Research Medal. 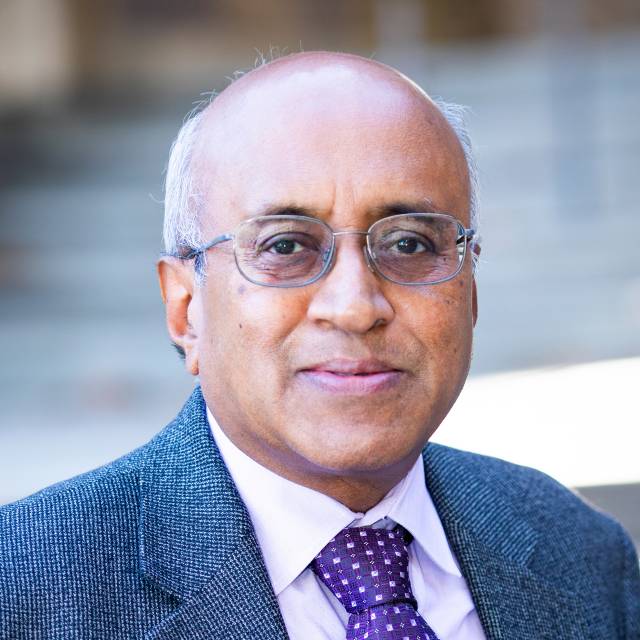 Ramaswamy, a lecturer with the rank of professor in the Department of Geosciences and the Program in Atmospheric and Oceanic Sciences, has served as director of the Geophysical Fluid Dynamics Laboratory (GFDL) since 2008. GFDL is a joint endeavor by Princeton University and the National Oceanic and Atmospheric Administration housed on Princeton’s Forrestal Campus.

Ramaswamy is a leading figure in climate science. From 1992 to 2021, he was lead author, coordinating lead author or review editor for each of the major assessment reports of the Intergovernmental Panel for Climate Change (IPCC). He was honored by the Norwegian Nobel Committee when the 2007 Nobel Peace Prize was awarded to Al Gore and the IPCC.

The medal is named for Carl-Gustaf Rossby, a pioneering scientist of meteorology and oceanography, who first explained the large-scale motions of the atmosphere in terms of fluid mechanics. It is annually awarded to one scientist who has made outstanding contributions to the understanding of atmospheric behavior and structure. AMS is honoring Ramaswamy for his “original and highly influential leadership providing fundamental insight into radiative-climate interactions among greenhouse gases, aerosols and clouds.”

Ramaswamy will receive his medal at the 102nd AMS Annual Meeting in Houston in January 2022.