Princeton faculty member Syukuro "Suki" Manabe has been honored as one of America's “Great Immigrants” by the Carnegie Corporation of New York. 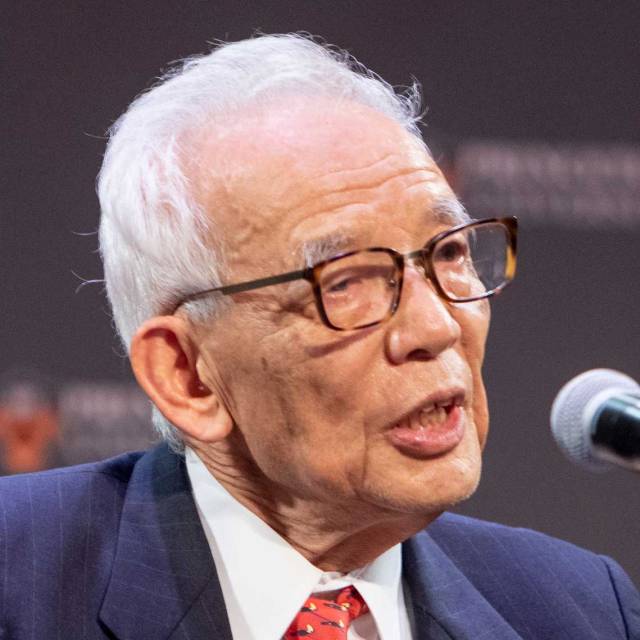 Every Fourth of July, Carnegie celebrates naturalized citizens who have enriched and strengthened the nation and democracy through their contributions and actions. This year, Carnegie honored 34 individuals from 32 countries and a wide range of backgrounds, from the arts to law enforcement to climate change.

The Carnegie Corporation cited Manabe's "groundbreaking work using mathematical models to predict climate change," for which he won the 2021 Nobel Prize in Physics last October. His many other honors includes the Blue Planet Prize, the Volvo Environment Prize, the Benjamin Franklin Medal, the Crafoord Prize and the Asahi Prize, among many others.

In the 1960s, Manabe produced a series of studies that are widely attributed with launching the long-term study of global climate warming and quantitatively linking the warming of Earth’s climate with increasing carbon dioxide emissions. Coming to the United States made it all possible, he said.

"I came from postwar Japan, where I could not find a job," Manabe said. "As soon as I arrived in the U.S., I was given the opportunity to freely conduct research using the top-of-the-line computer available at that time."

Manabe was born in an isolated mountain hamlet of Japan, where his father worked as the village doctor. Equipped with a Ph.D. and some English, he came to the United States in 1958 to work as a research meteorologist for the U.S. Weather Bureau. That soon led to a founding position at the Geophysical Fluid Dynamics Laboratory, a national climate research laboratory that is a joint endeavor by Princeton University and the National Oceanic and Atmospheric Administration (NOAA). In 1968, Manabe became a member of Princeton's faculty as a lecturer with the rank of professor in the Department of Aerospace and Mechanical Sciences (today known as Mechanical and Aerospace Engineering). He also helped found the Program in Atmospheric and Oceanic Sciences that has produced generations of leading climate researchers.

The Carnegie Corporation of New York is a philanthropic organization founded by Scottish immigrant Andrew Carnegie. This recognition celebrates Carnegie’s legacy and leadership in immigration and citizenship. The honorees were recognized in The New York Times and are part of the Carnegie Corporation's #GreatImmigrants social media initiative to celebrate immigrant stories.

Appiah, Kahneman to be honored as 'Great Immigrants'