The David and Lucile Packard Foundation announced that Princeton's Sarah Kocher is one of 20 early-career researchers to be awarded a 2021 Packard Fellowship for Science and Engineering. Each fellow will each receive $875,000 over five years to pursue their research.

Kocher, an assistant professor of ecology and evolutionary biology and the Lewis-Sigler Institute for Integrative Genomics, investigates the genetic and neurobiological mechanisms behind social living. Her research takes advantage of naturally occurring variation in sweat bees, where some species live alone while others build social units like their better-known cousins the honeybees. 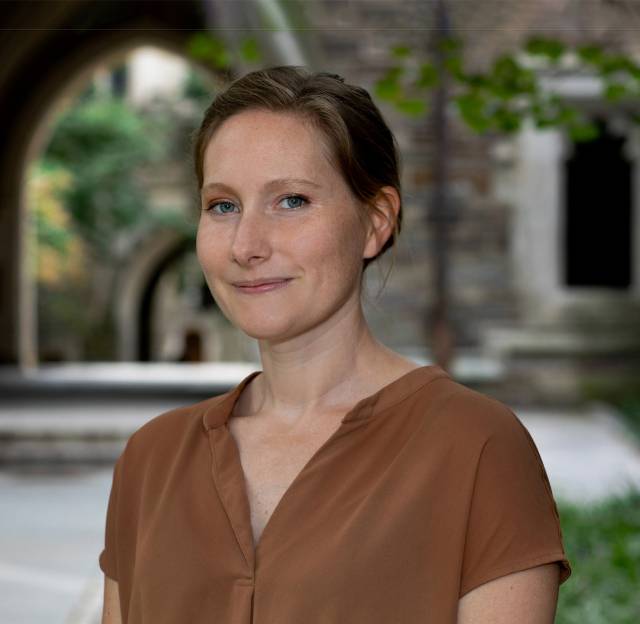 "Through this comparative lens, we can examine the genetic factors that shape variation in social behavior within and among species and link these genetic changes with neurobiological and behavioral traits," Kocher said. "My work traverses different levels of biological complexity, from genes to brains to behavior, to gain a comprehensive understanding of the factors that shape the evolution of the ‘social brain.'"

The Packard Fellowships in Science and Engineering are among the nation’s largest nongovernmental fellowships, designed to allow maximum flexibility in how the funding is used. Since 1988, this program has supported the blue-sky thinking of scientists and engineers whose research over time has led to new discoveries that improve people’s lives and enhance our understanding of the universe.

“What a moment for celebration,” said Nancy Lindborg, the president and CEO of the Packard Foundation. “At a time when we are confronting so many difficult, intertwined challenges, including climate change, a global pandemic and racial injustice, I am buoyed by the determination and energy of these 20 scientists and engineers. Through their research, creativity and mentorship to their students and in their labs, these young leaders have the potential to help equip us all to better understand and address the challenges we face.”

The fellowships program was inspired by David Packard’s commitment to strengthen university-based science and engineering programs in the United States. He recognized that the success of the Hewlett-Packard Company, which he cofounded, was derived in large measure from research and development in university laboratories. Since 1988, the Packard Foundation has awarded $464 million to 657 scientists and engineers from 54 national universities.

The fellowship will be paid over five years, beginning in November 2021. Kocher will join other fellows at an annual conference — held online this year and last year — to discuss their research and possibly spark interdisciplinary  collaborations. Next year’s meeting is scheduled for Sept. 7-10 in Monterey, California.