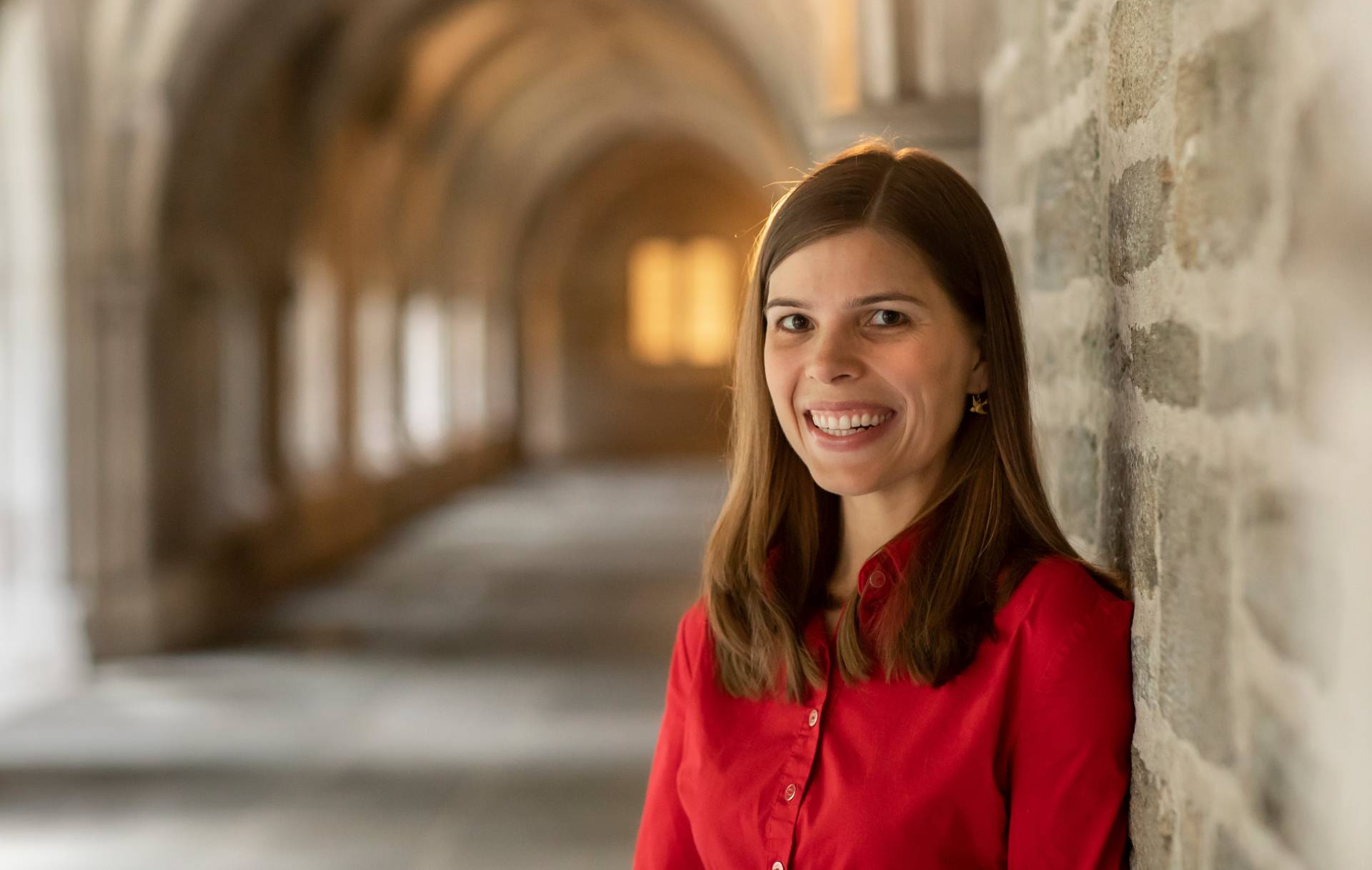 The David and Lucile Packard Foundation announced that Mary Caswell “Cassie” Stoddard is one of 18 researchers to receive a Packard Fellowship for Science and Engineering, targeted to innovative, early-career scientists and engineers.

Stoddard, an assistant professor of ecology and evolutionary biology, studies the extraordinary diversity of signals and traits in nature. Her lab investigates the evolution of animal coloration and morphology, with a focus on birds — the most colorful terrestrial vertebrates, with tetrachromatic (four color-cone) vision and ultraviolet sensitivity. They apply an interdisciplinary approach, using optics, computer vision, field biology and bioengineering, to explore color, perception and eggshell structure in the avian world.

Alistair Boettiger of the Class of 2007 also won a Packard Fellowship for his work investigating the mechanism by which the three-dimensional structure of the genome is organized, and the consequences of this organization in regulating gene expression and in shaping cell fate specification during embryonic development.

“It really is amazing to see what brilliant researchers can do when given the room to take big risks,” said Frances Arnold, a Class of 1979 alumna and the 2018 Nobel laureate in chemistry, who is chair of the Packard Fellowships Advisory Panel. “And I’m not only talking about their impressive contributions to their fields — I’m also talking about building entirely new disciplines and giving back to the next generation of scientists.”

Each fellow will receive $875,000 over five years to pursue their research. The Packard Fellowships in Science and Engineering are among the nation’s largest nongovernmental fellowships, designed to allow maximum flexibility in how the funding is used. Since 1988, this program has supported “blue-sky thinking” in physics, chemistry, mathematics, biology, astronomy, computer science, earth science, ocean science and all branches of engineering, in the hopes that open-ended research over time will lead to discoveries that improve people’s lives.