Marina Rustow, the Khedouri A. Zilkha Professor of Jewish Civilization in the Near East, professor of Near Eastern studies and history, has been awarded the 2022 Haskins Medal by the Medieval Academy of America for her book “The Lost Archive: Traces of a Caliphate in a Cairo Synagogue” (Princeton: Princeton University Press, 2020). 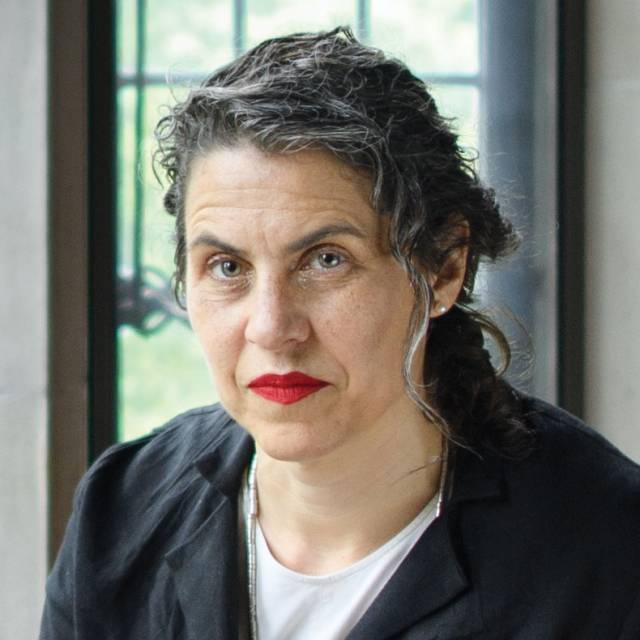 The Haskins Medal is awarded annually by the academy for a distinguished book in the field of medieval studies. It is the organization's most prestigious award.

Rustow’s area of specialization is the medieval Middle East, particularly texts from the Cairo Geniza, a cache of more than 400,000 folio pages and fragments of legal documents, letters and literary materials going back to about the year 870, that were consigned to a hiding place or storeroom (in Hebrew, “geniza”) in the medieval Ben Ezra Synagogue in the old city of Cairo.

In that era, damaged or worn-out religious texts and unneeded old documents could not be thrown away if they contained the name of God. In the mild Egyptian climate, the centuries-old texts were preserved. These items, which came to the attention of dealers and collectors in the 1890s, span more than a millennium and now reside in about 60 library and private collections around the world.

Since 1985, the Department of Near Eastern Studies has been the home of the Princeton Geniza Lab — a collaborative space devoted to making the documents accessible to the scholarly world and the general public. Rustow heads the lab, which hosts a searchable database of Geniza texts transcribed from the originals.

First presented in 1940, the Haskins medal honors Charles Homer Haskins, the noted medieval historian, who was a founder of the Medieval Academy and its second president. Rustow’s award citation reads in part: “[‘The Lost Archive’] displays an astonishing level of technical virtuosity, stitching together a masterful analysis of Fatimid administrative practices from, literally, the scraps of records that had been torn up, repurposed, written over, and then thrown away. From these evanescent traces, it also draws broad and well-founded conclusions about the structures of medieval Islamic governments, the lingering effects of Orientalism in Western scholarship, and the nature of archives themselves.

“It transforms key paradigms not just within medieval studies but also in the fields of Islamic Studies, Jewish Studies, Mediterranean Studies, and Near and Middle Eastern Studies. … [Rustow’s] book is alive with the joys of intense scholarly endeavor. ‘The Lost Archive’ excels on multiple levels, makes important contributions to several fields, and speaks to a wide range of readers.”

The book also has received the Middle East Medievalists Book Prize, which recognizes significant contributions to the study of the medieval Middle East, and the British Kuwait Friendship Society Book Prize.

Rustow, who also serves on the executive committee of the Humanities Council at Princeton, was awarded a MacArthur Fellowship in 2015. In 2020, she received a National Endowment for the Humanities grant, and her research, scholarship and teaching on the Cairo Geniza was featured in Princeton’s research magazine Discovery.