‘See the hope through the darkness’: Our Year of the Tiger series continues with Yibin Kang

This month, we continue the series with Yibin Kang, Princeton’s Warner-Lambert/Parke-Davis Professor of Molecular Biology. 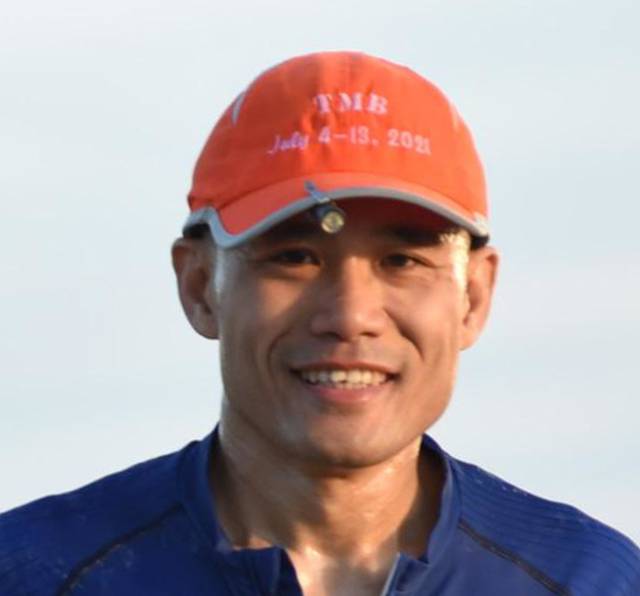 First and foremost, as an immigrant scientist. I am proud of this identity, as immigrants play a vital part in the stunning scientific achievement of this country.

I was born in a small fishing village, moved to a coastal town at age 6, and at age 15, I left home to study in Beijing. Over the following 15 years, I lived and studied in six different cities in China and the U.S. to become a cancer biologist, then finally settled in Princeton.

I still have the first laundry basket I bought when I arrived in the U.S. in 1996. That basket and a suitcase contained most of my belongings when I moved from Michigan to North Carolina to New York City during my graduate and postdoctoral years. To me, that basket symbolizes what a young immigrant scientist is all about: a traveler in search of his dream and identity in a foreign land, carrying very little of his past, constantly reshaping himself to adapt to a difficult journey and numerous challenges.

I was never able to speak English as flawlessly as a native speaker — just like I still have my Fujian accent when I speak Mandarin — but language was never a barrier to advancing my career in the U.S. and becoming a leading cancer researcher. I developed my American sense of humor, got fully immersed in American culture, met my wife in New York, raised three children in Princeton, and became an American citizen.

America has been the perfect soil for my personal and scientific growth. I have flourished, with many opportunities — like running my own research lab at Princeton University! — that were beyond my wildest dreams as a child.

I only became more acutely aware of my identity as an Asian American, or more precisely, as a Chinese American scientist, in the past five or six years. Being singled out for extra scrutiny by the government because of your ethnic background or country of origin was something I thought only happened in the past, like in the 19th century during the era of the Chinese Exclusion Act, or during the McCarthy years in the 1950s.

The outbreak of COVID-19 in 2020 and subsequent rise of anti-Asian sentiment and violence exacerbated the situation. We were worried about the safety of my wife’s elderly parents living in New York City and concerned about the education and career advancement opportunities of our children because of their skin color and last name. I began to carefully self-censor my daily professional conduct and even casual conversations.

But I am also hopeful about the intrinsic ability of American society to self-correct, and as leaders of our community, we have the responsibility to catalyze positive changes.

I feel fortunate that I have benefited from the best of two worlds. Both of my parents were educators in China. My father used to be a researcher at the Institute of Oceanology of the Chinese Academy of Sciences; he was forced to abandon his research career during the Cultural Revolution. My mother aspired to become a doctor, but this dream was cut short because of a serious illness her senior year in high school.

Growing up in a small town with limited resources and educational opportunities, I was nevertheless given the freedom to explore my interest in nature and science. That initial curiosity blossomed into a passion for research and the desire to create a better world through scientific discoveries.

In the early 1990s, the research infrastructure in China was still primitive compared to the Western side of the world, but my training and education at Peking University and Fudan University, two of the best universities in China, gave me the foundation for a relatively easy transition and quick start during my graduate and postdoctoral training in the U.S.

At Duke and Memorial Sloan-Kettering, I was trained under two leading immigrant scientists: Bryan Cullen from the U.K. and Joan Massagué from Spain. In addition to the scientific skills I learned from them, I developed a deep appreciation for the way in which diversity and inclusion foster scientific creativity.

Anti-Asian prejudice shows up in different forms. Some are obvious and violent, such as the crimes that were committed against Asians during the pandemic. Some are more subtle but no less harmful. Stamping out anti-Asian racism and violence requires heightened awareness of such aggression, a strong and unified voice against it, and concrete actions.

Recent geopolitical tensions between China and the U.S. have led to close scrutiny across the country of faculty members and researchers of Chinese descent. While some of the national security concerns are justified, many of the accusations are unfounded. In several high-profile cases, such as one involving professor Gang Chen of MIT and professor Haifan Lin at Yale, charges were eventually dropped by prosecutors, but the damage to their careers and families was already done. These situations led to widespread confusion, fear and frustration among Asian American scientists and trainees that they were being singled out for scapegoating, stereotyping and racial profiling.

Last year, six Asian American faculty members at Princeton, including myself, met with President Christopher L. Eisgruber and Provost Debbie Prentice to voice our serious concerns regarding this development. We were glad to see that the Princeton leadership took our concerns seriously, and they have taken concrete actions, including campus-wide listening sessions and training workshops about the Asian and Asian American experience, as well as legal support and consultation for faculty members.

Nationally, the Asian American Scholar Forum (AASF) has become one of the centerpieces of the grassroots movement of Asian American academics. We’re providing information not only to the government and administrations, but also to the community of Asian Americans and our non-Asian colleagues, because many of them are very concerned. In fact, the positive outcomes at MIT and Yale in large part resulted from the grassroots support from the national faculty community, including many non-Asian allies.

As a group, Asian Americans need to be more vocal and self-advocating. That’s not what our culture teaches — when I grew up in China, that was definitely not encouraged — but this is America, and we need to have our voice heard and recognized. As the first Asian American to serve as the president of the Metastasis Research Society and one of few Asians to serve in leadership roles in American Association for Cancer Research, I have noticed a clear disparity between the contribution of Asian Americans and the recognitions they received, such as major awards, invited lectures in major conferences, election to scientific academies, and selection for major leadership roles.

In a social gathering during my first year at Princeton, there was a heated debate among Asian American faculty members regarding the concept of the “bamboo ceiling” in academia — an invisible ceiling for Asian Americans, whether intended or unintended. I have become keenly aware that such a barrier not only exists, it might get worse without active actions to counter it.

I’m currently the president of the Chinese Biological Investigators Society (CBIS), one of the biggest organizations of Chinese biological scientists, most of whom are PIs [principal investigators running their own labs], in the U.S. In 2019, several CBIS board members, along with scientists from two other Chinese American biomedical research organizations, wrote a letter to Science —“Racial profiling harms science” — to voice our concerns regarding the damage to American biomedical research enterprise caused by racial profiling.

Organizations like AASF and CBIS give us a platform to represent our voices and to connect with others who share our vested interest in the health of the American research enterprise. I think it takes courage for people to speak out, but it’s important to bear in mind that we are not just advocating for our own small group of ethnic Chinese, or Asian Americans. We are speaking out because we love this country and the opportunities that made us who we are today, and we want to make sure that these opportunities will still exist for the future generations of immigrant scientists when they come to America — that they will view the United States as the land of opportunity, just like we did.

In my leadership roles in the scientific community, I’ve tried to promote more inclusivity — not only for Asian Americans, but other underrepresented groups as well. For example, I serve on the selection committee for the Vilcek Prize, which is dedicated to recognizing the contributions of immigrant scientists and artists in America. I was the first Princeton winner of that prize, and we have had two more after that: Mohamed Donia and Martin Jonikas. It’s great to see my colleagues being recognized, but it’s equally gratifying to see a broad representation of diverse immigrant groups among the prize winners. This is exactly the reason why America is such a vibrant and creative society, and we need to preserve this appreciation and openness to immigrants.

Outside of my professional life, I have also tried to play an active role in strengthening the Asian American community. In 2019, I ran the Chicago Marathon as part of the fundraising effort for the Museum of Chinese in America in New York’s Chinatown, which is one of the few that collects the history of Chinese Americans. Many of their artifacts are one of a kind. I feel it’s important to pass our stories to the next generation.

Endurance sports, a newfound passion, have helped sustain me through some of the toughest times of my life. I’ve been running the HiTOPS Princeton Half Marathon since 2015, I completed an Ironman (a long-distance triathlon) last year, and I just ran my first Boston Marathon last week.

During the lockdown, I ran with my daughter every day, and I taught my younger boys how to bike. By training for Ironman and marathons, I want to show my kids that anything is possible, but you have to earn it through hard work.

I think this experience is helping them live through a really difficult stretch of time with an attitude of hope, of finding a silver lining — coming out of the pandemic stronger, both physically and mentally — to show that we can always see the hope through the darkness.

'When I say I’m Asian American, I always hope that raises more questions than it answers.' Our Year of the Tiger series continues.