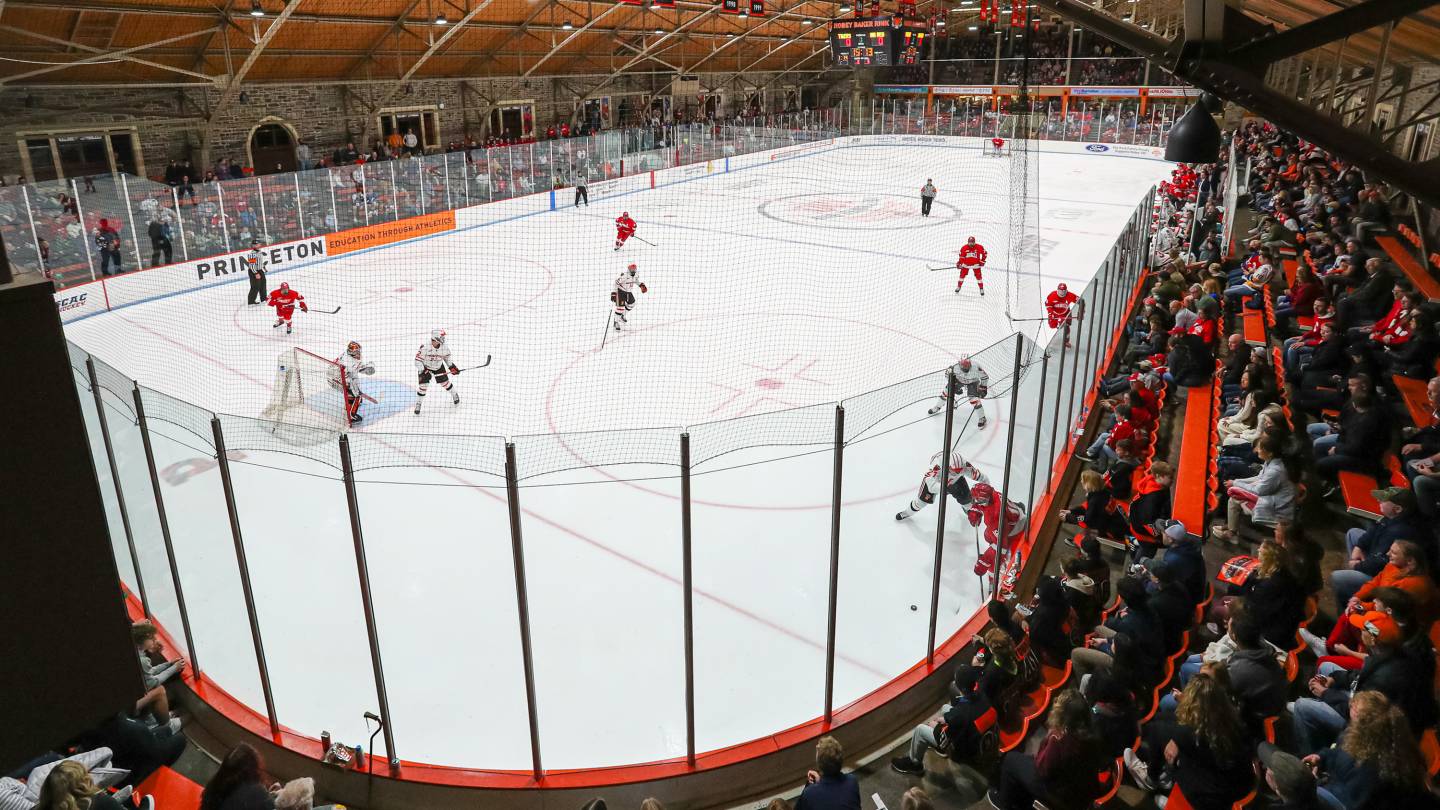 The Princeton men's hockey team competes on the ice at Baker Rink in early November against Cornell. The rink turns 100 years old in 2023, and the anniversary will be celebrated on Hobey 100 Weekend on Jan. 6 and 7.

Lord Stanley's Cup will be part of a special fan village outside Baker Memorial Rink, joining two of hockey's other historic trophies — the Hobey Baker Award and the Patty Kazmaier Award -- for fans to enjoy and take photos with as part of the celebration commemorating the 100th year of the rink.

The rink opened in 1923, named in memory of Hobart "Hobey" Baker of the Class of 1914.  A standout football and hockey player at Princeton, he died in a plane crash shortly after the end of World War I in 1918.

"We are thankful to the National Hockey League and Hockey Hall of Fame for helping to add to this special weekend by bringing the Stanley Cup to Baker Rink in January," said men's head coach Ron Fogarty. "All year, we have been sharing in the legacy and history of Baker Rink, and there is no better symbol that showcases history and legacy in our sport than the Stanley Cup. We are excited to have the Cup on hand alongside college hockey's most-prized trophies for our fans to interact with and make their own memories during Hobey 100 Weekend."

"Our entire Princeton Hockey family is beyond excited for Hobey 100 Weekend," said women's head coach Cara Morey. "Baker Rink is a special place to our programs and the Princeton community, with generations of hockey players calling our historic barn their home. The opportunity for our alumni, friends, fans and players to all gather together and celebrate Baker Rink is going to be special and something we will never forget."

In addition to the photo opportunities with hockey's historic trophies, fans will be able to enjoy music and food in the fan village while also shopping for unique #Hobey100 merchandise. The village will open at 2 p.m., one hour before the start of the women's game and is open to all fans with purchase of a ticket to either game.

The men's game against Dartmouth on Jan. 7 is also "Salute For Service Night" honoring active duty and retired military members.

More information on special guests and events surrounding "Salute For Service" will be released soon. Game tickets may be purchased through the Princeton Athletics website.