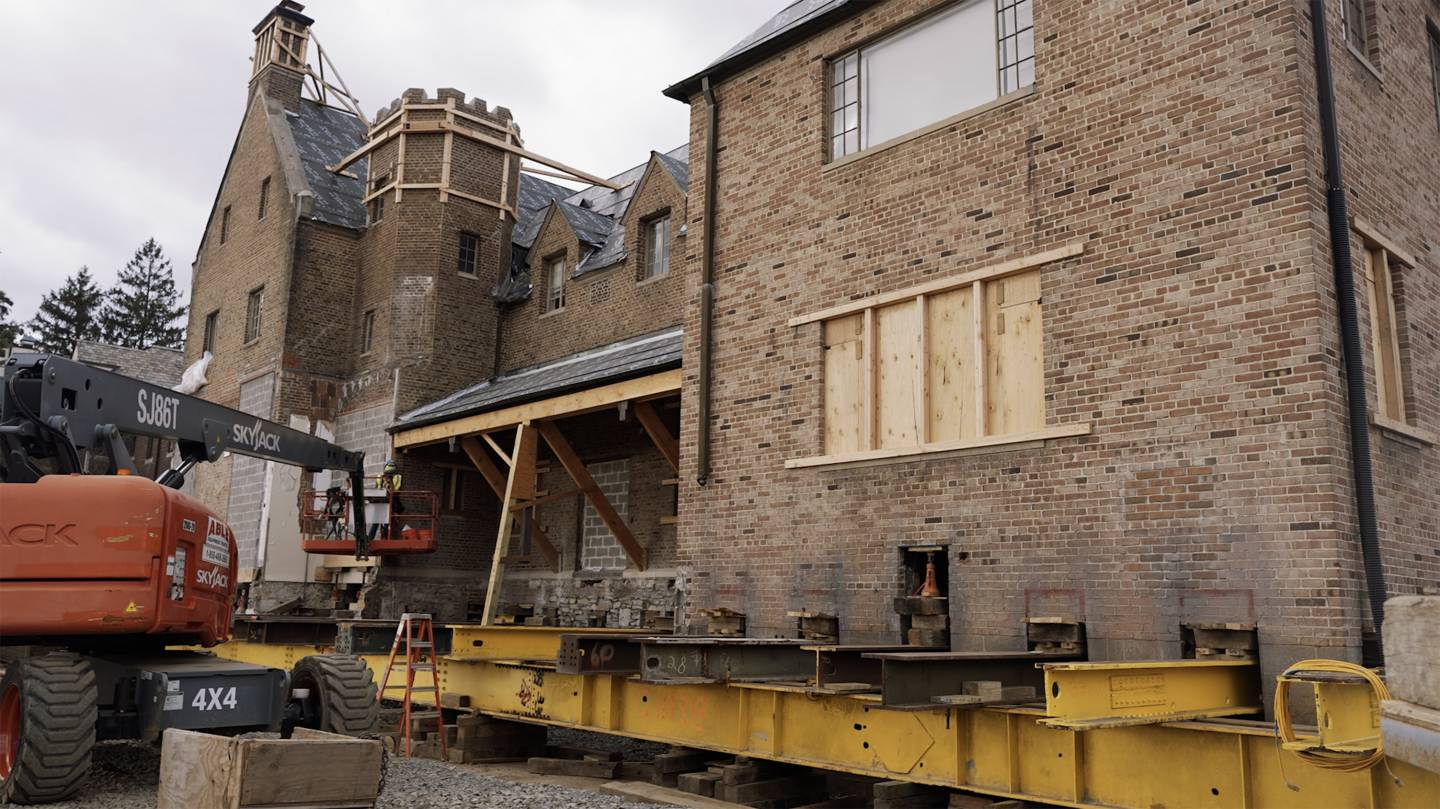 The home of Princeton’s Office of the Dean for Research, 91 Prospect Ave., is ready to be lifted, rotated and rolled to a location across the street.

Princeton University will move the historic building at 91 Prospect Ave., home of the Office of the Dean for Research, beginning on Thursday, Feb. 9. The move originally was scheduled to start the week of Feb. 13.

The building, which was constructed in 1927 as the Court Club — one of the University’s former eating clubs — and later expanded, will be rotated 180 degrees and relocated across the street adjacent to 114 Prospect Ave. From Feb. 9 to 10, it will be moved adjacent to its current foundation. Beginning on Feb. 13, it will be turned to face in the opposite direction, then rolled to the other side of Prospect Avenue, where a new foundation has been prepared.

Moving and restoring the building allows the University to maintain the character of Prospect Avenue, which is home to University eating clubs and other historic structures, including the recently restored Ferris Thompson Gateway, said University Architect Ron McCoy.

“Moving a building is exciting, but this is an especially symbolic moment,” McCoy said. “It signifies a transformation of the University’s institutional commitments and weaving those together with the interests of the community.” In 2022, the Princeton Council designated the area the Prospect Avenue Historic District. 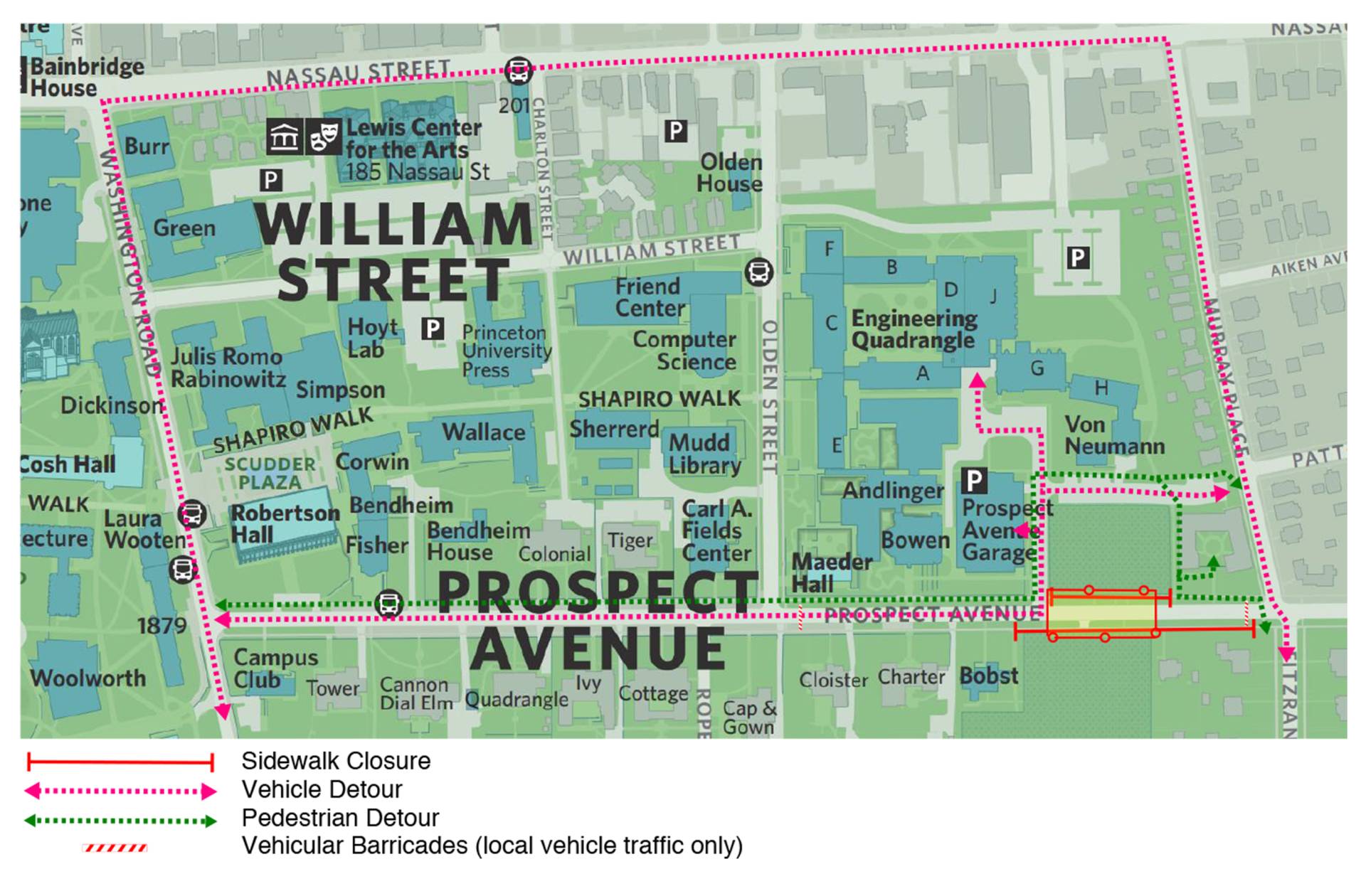 A portion of Prospect Avenue will remain closed through Feb. 28 to accommodate the building move and subsequent site work. The adjacent map shows detours for vehicles and pedestrians.

To accommodate the building relocation, a section of Prospect Avenue between Olden Street and Murray Place was closed to most traffic beginning Feb. 1, with some detoured walkways for pedestrians. Meticulous preparations have been underway for months, overseen by the University’s construction manager, Whiting-Turner, and Expert House Movers of Sharptown, Maryland, as the site is cleared for the construction of a new complex for Environmental Studies and the School of Engineering and Applied Science (ES+SEAS).

The rotation is expected to take three days. It will then take one day to roll the building across the street and set it upon the new foundation.

Stewards to history, vision for the future

Once in its new location, the building will be renovated to include new office and conference spaces for the Office of the Dean for Research, and a larger veranda in the back. It also will be made fully accessible.

The current site of 91 Prospect, when vacated, will become the location of an open space and pavilion leading to a new building for chemical and biological engineering and continuing into a “necklace” of connected buildings expanding the University’s facilities for engineering and environmental science.

The project will enable breakthrough teaching and research in service of humanity while enhancing the public experience of Prospect Avenue. “In our overarching effort to be good stewards of our history, we realized that we could move the building, maintain its current functionality as a whole for the Office of the Dean for Research, and preserve the character of the street, while still allowing us to realize the vision for Environmental Studies and the School of Engineering and Applied Science,” McCoy said.

The new ES+SEAS campus will be terraced into the hillside between Prospect Avenue and Ivy Lane formerly occupied by faculty and staff housing and parking lots behind the eating clubs. Longer-term plans include a building for the Department of Electrical and Computer Engineering and spaces for other engineering departments as well as programs central to the school’s mission. 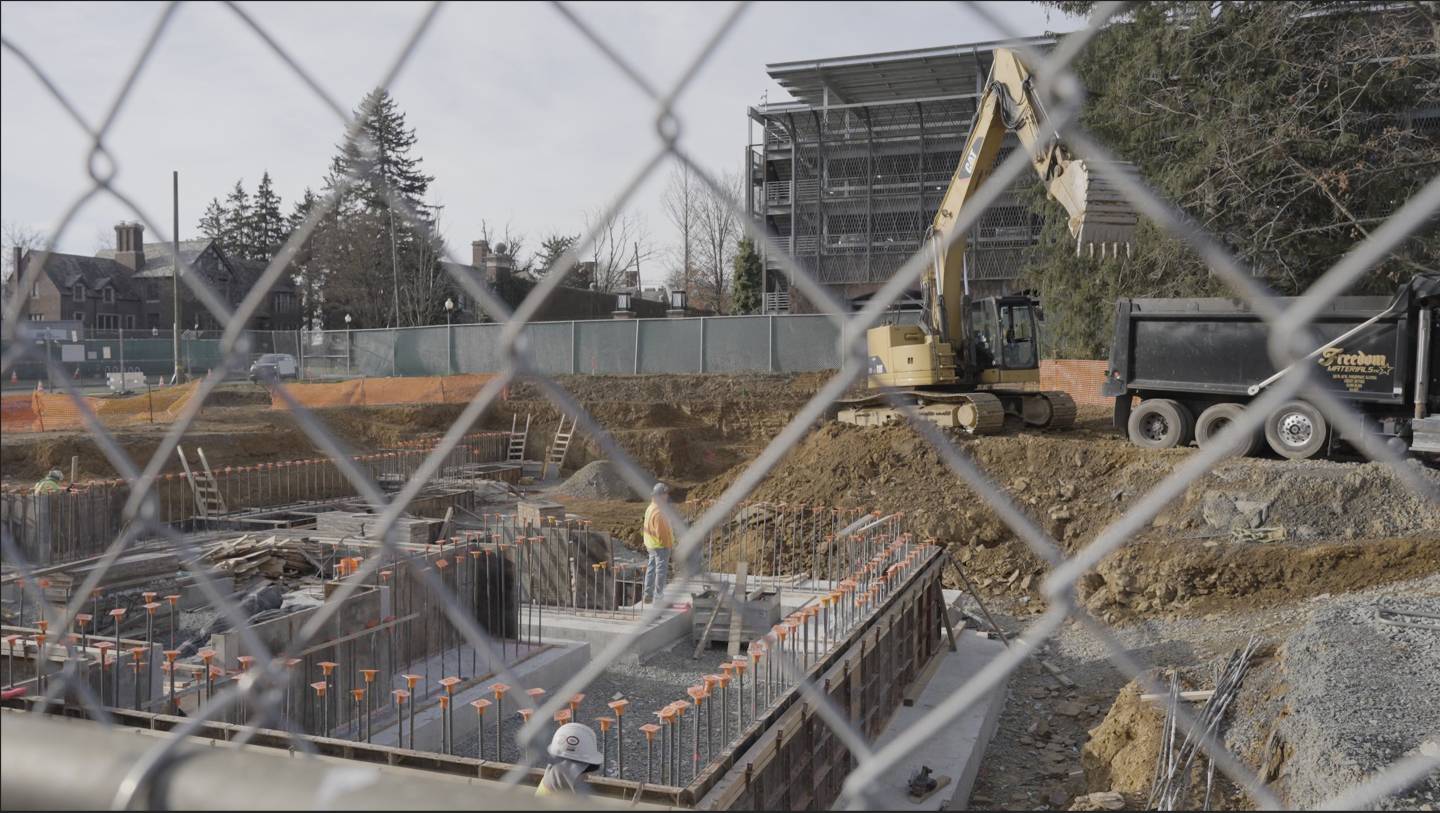 A foundation has been prepared on the opposite side of Prospect Avenue to anchor the building in its new location.

Traffic along Prospect Avenue from Olden Street to Murray Place will continue to be detoured through the end of February. Local vehicle access to residences, eating clubs, Bobst Hall, Prospect Avenue Garage, EQuad buildings and the apartments at 120 Prospect is being accommodated during the closure.

Street parking remains available on either side of Prospect Avenue outside of the closed section.

For additional information about the project, please visit the ES + SEAS construction website, which is regularly updated by Princeton’s Office of Facilities.

This story was originally published on Jan. 20, 2023, and was updated on Feb. 8, 2023, to reflect changes in the construction schedule.