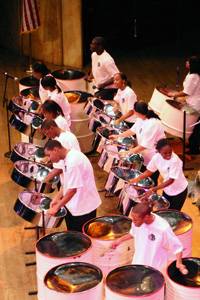 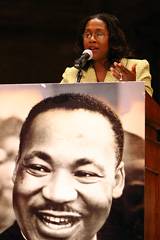 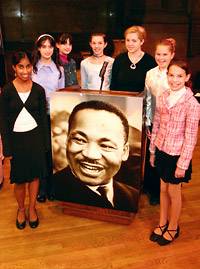 Americans must continue to embrace Martin Luther King Jr.'s spirit of compassion and fairness as the country struggles with a widening gulf between its richest and poorest citizens, Yvonne Smith Segars, the state of New Jersey public defender, said in the keynote address at Princeton University's annual King Day ceremony.

"At the core of the American dream is Dr. King's dream of equality and justice that has burned like an eternal flame," she said. But Segars, whose office provides attorneys for indigent clients statewide, emphasized that the country's growing economic disparity prevents too many people from being able to realize that dream.

Evoking the theme of the University's Jan. 17 ceremony -- the continuing journey of King's work -- Segars told the audience to "please dedicate part of your time learning to study the consequences for all of America of the growing disparity between the rich and the poor. Pay attention to those who are less fortunate."

Noting the global response to the recent Indian Ocean tsunami, Segars said, "We need to reach out and help others in need -- not just when their pain is vividly portrayed across TV screens and in newspapers. We need to look around in our own communities and see and react to the suffering of others less fortunate that is occurring right now. We must extend a helping hand and compassion for our neighbors."

Segars, a defense attorney for 17 years, has led the public defender's office since September 2002. She has championed the establishment of drug courts in New Jersey, which give non-violent drug offenders a chance to enter highly supervised treatment programs as an alternative to prison.

The public defender's office, which was opened in 1967 at the height of the civil rights movement, is responsible for "ensuring that the poor, the disenfranchised and the marginalized men, women and children of our society get a voice," Segars said.

By protecting the rights of the poor, the public defender's office is emblematic of the work people can do to emulate King's philosophy.

"He knew that equality and justice can never wait," Segars said. "Since we never know when our own journey will end, we should always be guided by Dr. King's example. ... We must walk with hearts of compassion."

Segars' address was one of the highlights of the annual King Day celebration, which included the presentation of awards to essay, poster and video contest winners from area schools and to two winners of the University's first MLK Day Journey Award. Robert Durkee, vice president and secretary of the University, and Dylan Tatz, a junior from New York City, were presented with the Journey Awards by President Shirley M. Tilghman, honoring their efforts to continue the journey to achieve King's vision for America.

In her introductory remarks, Tilghman said, "All of us have an obligation to continue the journey on which Dr. King embarked with so much courage, faith and generosity.

"We may not be tested in the way the Freedom Riders were in 1961 or the Selma-to-Montgomery marchers were in 1965, but there are occasions in our lives when we are confronted with injustice," she added. "In framing our response to this injustice, the example of Dr. King can guide us, reminding us that love is more powerful than hatred."

A Webcast of the event will be archived in WebMedia.