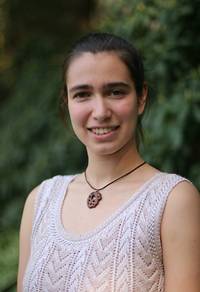 Alina Rekhtman has been awarded the Henry Richardson Labouisse '26 Prize, which will allow her to pursue a postgraduate project working with homeless children in Bahia, Brazil.

The Labouisse fellowship provides $25,000 in funding to support research in developing countries by a graduating senior or a first-year alumnus or alumna who intends to pursue a career devoted to problems of development and modernization.

Rekhtman, a member of the class of 2005 who was a Woodrow Wilson School major, will be living in one of the poorest, most underdeveloped regions of Brazil. She will work with Projeto Axe, which uses music and martial arts to draw in children who have left home and are living on the street. The organization re-integrates the children into society by helping them return to school and by offering them vocational training.

"Some people who work in international development make policy decisions from Washington or Geneva, but I think you need to actually spend time in these places and know the language," she said. "I'm sure I will learn a lot from these kids."

Rekhtman was born in Moscow, Russia, and lived there until she was 13, when she moved to Rockville, Md. After learning English, she mastered Spanish. Last year she started studying Portuguese.

"Alina is an extraordinary person," said Woodrow Wilson School faculty member Stanley Katz, her thesis adviser. "She has an indomitable and always optimistic spirit about everything she does. She is a wonderful example of what new Americans can do, for she is making the absolute most of the talents and opportunities she has been given."

During her sophomore year, Rekhtman led the Cruz Blanca Initiative, which took student volunteers to Mexico to build a sports center in a village. She traveled to Chile last year to volunteer with Hogar de Cristo, an organization that works with the homeless. She spent a summer in Afghanistan on an internship program with the transitional government through the student group SPARKS.

This summer Rekhtman will be teaching capoeira, a Brazilian martial art, to youngsters from the Middle East, Afghanistan, India and Pakistan at a camp in Maine run by Seeds of Peace, which teaches leadership skills to young people from regions of conflict. Capoeira, which she studied at Princeton, will also come in handy with the homeless children in Brazil.

"Alina is brilliant and engaged -- and worldly in unique and singular ways," said Jeremy Adelman, the Walter Carpenter III Professor in Spanish Civilization and Culture.

After returning from Brazil, Rekhtman is planning to attend graduate school to study public policy or social entrepreneurship. She hopes to have a career in international development.