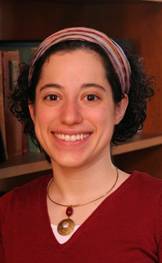 Princeton senior Maital Friedman has been awarded the University's Henry Richardson Labouisse '26 Prize, which will allow her to undertake a postgraduate project in Uganda.

Friedman, who is majoring in religion and pursuing a certificate in African studies, will work in Mbale in eastern Uganda. She will be returning to the community where she worked for 10 weeks in the summer of 2005, helping to establish a textbook library for local children.

A native of White Plains, N.Y., Friedman initially traveled to Mbale to start work on the library project under the auspices of the Foundation for Sustainable Development. She received funding from the foundation, Princeton's International Internship Summer Service Award, the Class of 1995 Summer Service Award and the Class of 1978 Foundation Award.

The Labouisse fellowship will allow Friedman to expand the library and move it from a church center on the outskirts of town to a centrally located building, where she said she hopes it will "serve the broader Mbale community as a financially independent, sustainable institution."

"I will have the chance to continue to build relationships that I have tried to maintain over the past year and a half despite the distance," Friedman said. "I am also really excited about expanding a project in which the community has expressed continued interest," she said, noting that she already has a list of books Mbale residents have requested for the library.

Emmanuel Kreike, a historian of Africa who has known Friedman since she took his "Introduction to African Studies" class her freshman year, said her proposed project speaks to her "commitment, experience and skills" and is an "excellent example of the kind of projects that the Labouisse fellowship aims for."

Friedman said that the various courses she has taken in African studies have helped to "contextualize" her work in Uganda while "inspiring her interest in the African continent." Currently, she is deep into writing her senior thesis about contemporary female Christian missionaries in Kenya, under the mentorship of Professor of Religion Marie Griffith.

Friedman is active with the Center for Jewish Life (CJL) at Princeton, and recently edited a song book for the center. She also participated in two CJL-sponsored spring break trips to Uruguay and West Virginia. She has served on the board of Yavneh House, an Orthodox Jewish group on campus. In her freshman year, Friedman volunteered at Angel's Wings, a children's shelter in Trenton. She is active with Speakout, a student group that promotes social responsibility, and she is learning capoeira, a Brazilian martial art that has its roots in Africa.

After returning from Uganda, Friedman plans to work in international development or humanitarian relief before going to graduate school for a master's degree in public policy or international education.