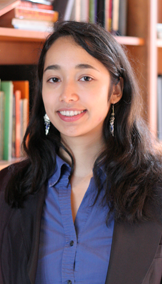 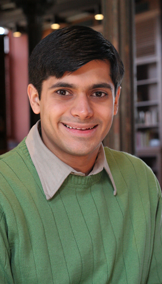 Princeton University seniors Soraya Umewaka and James R. Williams each have been awarded the Henry Richardson Labouisse '26 Prize, which will allow them to undertake postgraduate projects in Brazil and India, respectively.

Umewaka, who is majoring in comparative politics, will work in Maceio, a city in northeastern Brazil, with a nongovernmental organization called Centro Ere. She will be mentoring street children and creating a documentary about a buddy system that links street children with mentors, many of whom were once street children themselves.

Umewaka already has had extensive experience working with street children. For her senior thesis, she traveled to Ecuador, Cambodia and Laos to investigate how the different political systems affect street children. While in Ecuador in summer 2005, she made a documentary on children's experience living on the streets. In summer 2003, she served as an intern with the Afghan Foundation for Culture and Civil Society and shot footage of street children that resulted in a film, "Afghanistan Unveiled." She also created a documentary, "Lost Voices," about street children in Beirut, Lebanon.

A native of Tokyo, Japan, Umewaka is a member of Princeton UNICEF and the Princeton Justice Prison Reform Committee. In 2003, she was part of a student group, SPARKS, which established a school in Kabul, Afghanistan. She also is a Noh actress, and has performed lead roles in the Japanese traditional theater since age 3.

Umewaka hopes to become a professional advocate for the plight of street children and development worldwide, using her passion for documentary filmmaking to mobilize support for the challenges they face and for their own efforts to create decent lives for themselves.

Williams, who is majoring in the Woodrow Wilson School of Public and International Affairs, will serve as an apprentice to the well-known Indian environmental and human rights activist-lawyer M.C. Mehta. He will study the practice of environmental law as a tool to empower local, disenfranchised communities. He will work most closely with the Dahanu Taluka Environmental Welfare Association, which has mounted a successful legal defense against encroaching industrialization and associated pollution in the wider Mumbai region.

Williams, who is from Portland, Ore., was the co-winner this year of the University's Moses Taylor Pyne Honor Prize, the highest general distinction conferred on an undergraduate. In 2005, he won a Truman Scholarship, which recognizes leadership potential, intellectual ability and commitment to public service. Eventually, he hopes to attend law school and to pursue a career in politics.

During high school, Williams served as a representative to the Portland board of education. He has returned to Portland each summer to do service work, including running a program that helps high school students develop the knowledge and skills to deal with education funding and curriculum issues. He also has been to India several times to conduct environmental education training for teachers and administrators.

Williams has served as chair of the Student Volunteers Council, Princeton's largest student organization, and as an officer of the Religious Life Council, an interfaith group sponsored by the University's Office of Religious Life. He also works with Campus Compact, a national nonprofit organization dedicated to promoting civic engagement in higher education, and is co-editor of a book published by Campus Compact titled "Students as Colleagues: Expanding the Circle of Service-Learning Leadership." He has been active in Princeton's Undergraduate Student Government and has been a member of the University's Priorities Committee, which serves as the mechanism for recommending fiscal and programmatic priorities.