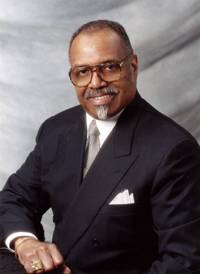 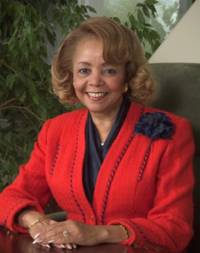 Dillard University President Marvalene Hughes of New Orleans and the renowned Rev. Charles G. Adams of the Hartford Memorial Baptist Church of Detroit will be the guest speakers at 1 p.m. Monday, Jan. 16, at Princeton University's commemoration of the legacy of Martin Luther King Jr.

The annual King Day celebration, which is free and open to the public, will take place in Richardson Auditorium of Alexander Hall and will also feature musical selections by the Princeton University Jazztet; the presentation of awards to essay, poster and video contest winners from area schools; and the University's conferral of the MLK Day Journey Award, recognizing a member of the Princeton faculty, staff or student body who best represents King's continued journey. The event will be Webcast live.

Winners of the essay and video and poster contests are now listed on the University's King Day Web site, along with images of the winning posters. Excerpts from the essays also will be posted on the site.

Hughes will make remarks and be recognized for her leadership as president of a New Orleans university ravaged by last year's hurricanes.

Hughes was appointed as Dillard's ninth president on July 1 -- two months before the historically black institution was devastated by flooding from Hurricane Katrina. In September, Princeton and Brown universities formed a partnership to help Dillard restore operations, designating personnel to assist in vital areas such as physical planning, facilities, libraries, academic offerings, campus life, human resources, computing and development. The school is planning to resume offering classes in January at a downtown hotel and various campuses around New Orleans.

Adams will deliver an address titled "His Light Still Shines." A renowned pastor, activist and leader in faith-based economic development, Adams has been cited by Ebony Magazine as one of America's 15 greatest black preachers and among Ebony's top 100 influential black Americans. He has spoken around the world, including before the United Nations on South African apartheid and the World Council of Churches on the rioting in Los Angeles following the verdict in the Rodney King case. He has served as president of the Detroit chapter of the NAACP, the largest branch in the country.

Many of the posters submitted for this year's poster and video contests will be displayed during the program. This year's contests for area school children were intended to emphasize the power of the vote. This past Aug. 6 marked the 40th anniversary of the Voting Rights Act, which has been called the single most effective civil rights legislation enacted by Congress. Students in grades 7 through 12 were invited to submit original essays or video presentations expressing their feelings about the power of the vote. Fourth- through sixth-graders were invited to create posters depicting or symbolizing this fundamental component of democracy.

The event is convened by the University's Martin Luther King Day Committee and is coordinated by the Office of Communications.