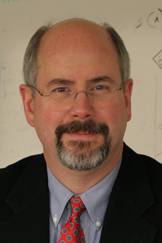 "I'm thrilled that Paul LaMarche has agreed to take this position," said Provost Christopher Eisgruber. "He is ideally qualified for the job: He knows Princeton well, he understands the needs of academic and administrative departments, he has earned the respect of people throughout the University and he has experience managing complex facilities projects. On top of all that, he is a thoughtful administrator who is savvy about business practices. I have no doubt that he will hit the ground running."

LaMarche will work closely with the University's leadership team to support the formulation and assessment of ideas for new facilities and the renovation of existing buildings. He also will assist the provost in managing the fiscal and budgetary dimensions of the University's space planning and programming agenda.

LaMarche has been the physics department manager and director of operations since 2001. Among his responsibilities are overseeing the department's physical spaces, which include major research facilities, classrooms, offices, machine shops and stockrooms.

From 1986 to 1996, LaMarche worked at the Princeton Plasma Physics Laboratory, serving as a research staff physicist and as head of various groups conducting experiments at the lab. After two years at a technology firm in Massachusetts, he returned to the University to serve as project manager for the Borexino Solar Neutrino Detector Project, a joint effort with the Instituto Nazionale Fisica Nucleare in Italy for three years. In 2000-01, he also was a research engineer at the plasma physics lab.

He will succeed Robert Barnett, who rejoined the Office of Design and Construction last fall to become program manager for the University's new facilities in the creative and performing arts. Barnett had worked in that office before becoming vice provost for University space planning in January 2004.