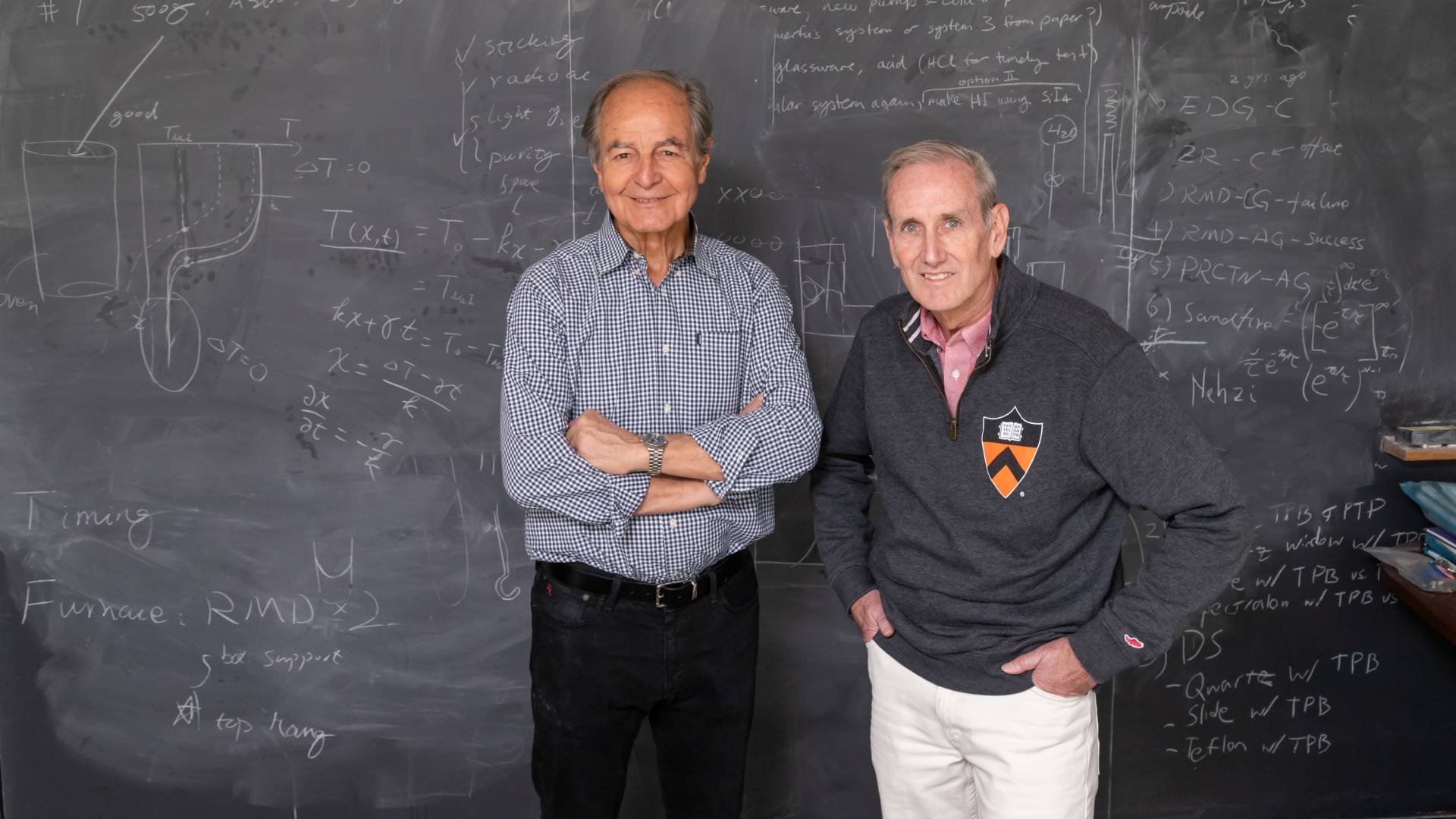 Using nearly undetectable particles, a team of international researchers has peered into the sun’s heart and sketched the intricate chain of reactions that drive the solar furnace.

In results published Oct. 24 in the journal Nature, investigators of the Borexino collaboration report the most detailed record to date of neutrinos produced by fusion reactions in the solar interior. Often called ghost particles because they pass through matter without leaving a trace, neutrinos can be used as proxies to determine the chain of reactions that make up solar fusion — the reaction that spews forth the sun's tremendous energy.

Physicists use the technique because the sun is so dense that the light and energy produced by reactions in the sun’s center take tens of thousands of years to reach the solar periphery where they can be observed. Neutrinos, on the other hand, interact so weakly with matter that those produced in the core of the sun can be observed on Earth within minutes of the reactions that spawn them. 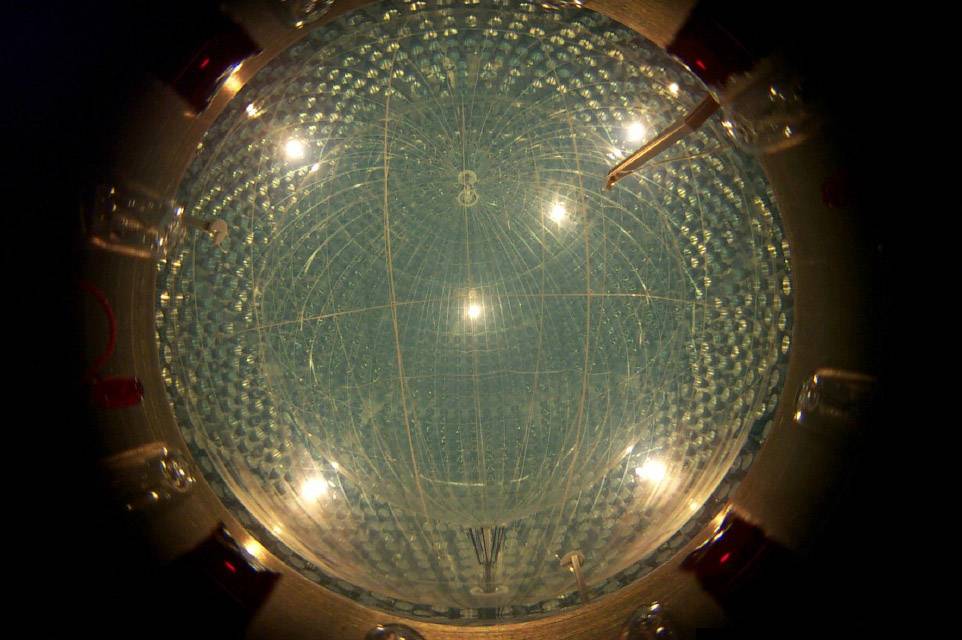 The Borexino detector, a hyper-sensitive instrument deep underground in Italy, has finally succeeded at the nearly impossible task of detecting CNO neutrinos from our sun’s core. These little-known particles reveal the last missing detail of the fusion cycle powering our sun and other stars, and could answer still-outstanding questions about the sun's composition.

Image courtesy of the Borexino collaboration

“A major goal of the experiment was to probe the neutrinos that are produced in the core of the sun,” said Frank Calaprice, a professor emeritus of physics at Princeton and one of the originators and principal investigators for Borexino. “These neutrinos are produced by nuclear reactions in the core which we cannot see. They tell you what processes are occurring in the sun that produce the energy and that produce neutrinos.”

Solar neutrinos have been detected by various research teams in recent years, but the Borexino researchers’ report in Nature presents the first full energy spectrum of solar neutrinos. The report concerns neutrinos related to the predominant chain of fusion reactions in the sun, which is called the proton-proton, or pp, fusion reaction chain. The chain of pp reactions produces 99 percent of the energy emitted by the sun.

The motivation behind the original plan for Borexino was to answer a longstanding question in physics called the Solar Neutrino Problem. Essentially scientists detected far few neutrinos hitting the Earth from the sun than could be accounted for by the Standard Model of Physics. Borexino and other projects set out to address this discrepancy. In the early 2000s, researchers at the Sudbury Neutrino Observatory confirmed that neutrinos oscillate on their way from the sun to the Earth, with some changing to states that are not easily detected.

The results allow physicists to better understand solar processes. Because energy from the reactions recently detected by Borexino will take centuries to emerge from the interior, the neutrino detections allow scientists to compare the energy produced in the sun’s interior at the present time to the energy we observe on the sun’s surface today. Because the surface energy was produced tens of thousands of years ago, scientists can conclude that the sun has been in relative thermodynamic equilibrium for at least 100,000 years.

The solar neutrino spectrum from Borexino is also a first step in addressing a longstanding question about the sun’s chemical composition, known as “metallicity,” which refers to the abundance of atoms heavier than helium in the sun. An ongoing scientific debate is whether the interior of the sun has a high or low metallicity. The new Borexino measurements indicate that the solar model with high-metallicity is favored; however, the researchers cautioned that more work is needed before reaching any conclusion.

The Borexino collaboration is made up of scientists from countries including Italy, the United States, Germany, Russia, Poland and Hungary. At Princeton, the project involved teams of researchers and students. Besides Calaprice, Princeton researchers include Cristiano Galbiati, a professor of physics, and Jay Benziger, a professor of chemical and biological engineering. Paul LaMarche, now vice provost at Princeton, served as project manager during the creation of the detector.

The four-story high detector is located 4,600 feet underground in a granite massif in Italy’s Gran Sasso National Laboratories. The heart of the detector consists of two gigantic nested nylon balloons, 36 feet in diameter, filled with a petroleum-based liquid called a scintillator. The balloons are enclosed in a stainless steel sphere lined with 2,000 light sensors. When neutrinos interact with electrons in the scintillator fluid, they create brief flashes of light that are detected by the sensors. The nylon balloons and scintillator-purification system were built at Princeton under the direction of Calaprice, Galbiati and Benziger, then shipped to Italy and installed in the underground laboratory at Gran Sasso.

The success of the Borexino detector relied on extraordinary measures of cleanliness of the detector and scintillator. The Borexino researchers built a chemical plant that purified 1 ton of scintillator per hour. The purification system’s purpose was to reduce background radiation. In the end, it reduced the contaminant level in one ton of scintillator to less than one radioactive decay per day. In comparison, a ton of air typically has 2 billion decays each day. This low background due to natural radioactivity in the environment is unprecedented, and was critical for the measurement of solar neutrinos.

Benziger said the project required a chemical plant much larger than one used in a typical laboratory. “Borexino is filled with 1 million kilograms of organic scintillator. A typical bench-top lab for organic chemistry distills about 10 gallons per hour. At that rate it would take 11,000 years to fill the Borexino detector,” he said. “The Borexino purification system processes 1000 kilograms per hour, reducing the time to fill the detector to two months.”

After 15 years of development, testing and construction, the Borexino detector was switched on in 2007. It has since made a series of important discoveries of both solar neutrinos and neutrinos emitted from terrestrial reactions called geoneutrinos. Although the full-spectrum description of the pp-cycle neutrinos caps 10 years of data collection, Borexino will continue to operate into 2020. The researchers hope to take measurements of the neutrinos from the solar reactions called the carbon-nitrogen-oxygen cycle. This cycle is believed to create no more than 1 percent of the sun’s luminous energy, although it is thought to play the predominant role in more massive stars.

The Borexino project, which includes more than 100 researchers, is an international collaboration funded in part by the National Science Foundation, the Italian National Institute for Nuclear Physics, and science funding agencies in Germany, Poland and Russia.