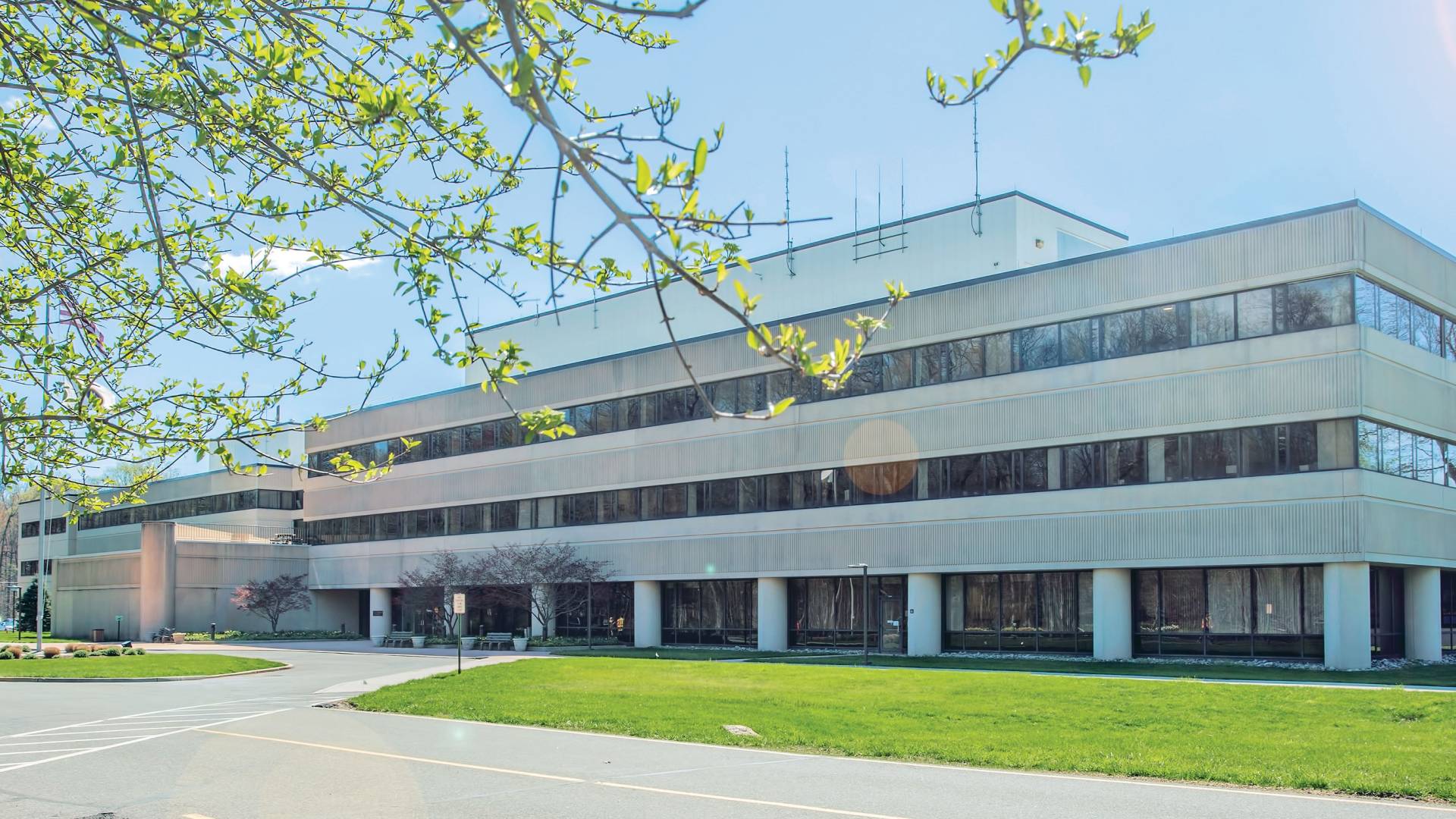 by the Office of Communications
Photo courtesy of PPPL

The Princeton Plasma Physics Laboratory is the U.S. national laboratory with the mission to develop the scientific foundation for the creation of fusion energy, the power source of the sun and the stars.

Fusion energy research in the United States began at PPPL, and the lab's 71-year history offers a glimpse into some of the key innovations in fusion energy development, along with fundamental discoveries in plasma sciences and associated technologies. PPPL scientists have set and then broken their own world records for the hottest ion temperatures ever generated, won the Nobel Prize in physics, and contributed to work on advancements in artificial intelligence, quantum computing, nanotechnology, and even food safety. 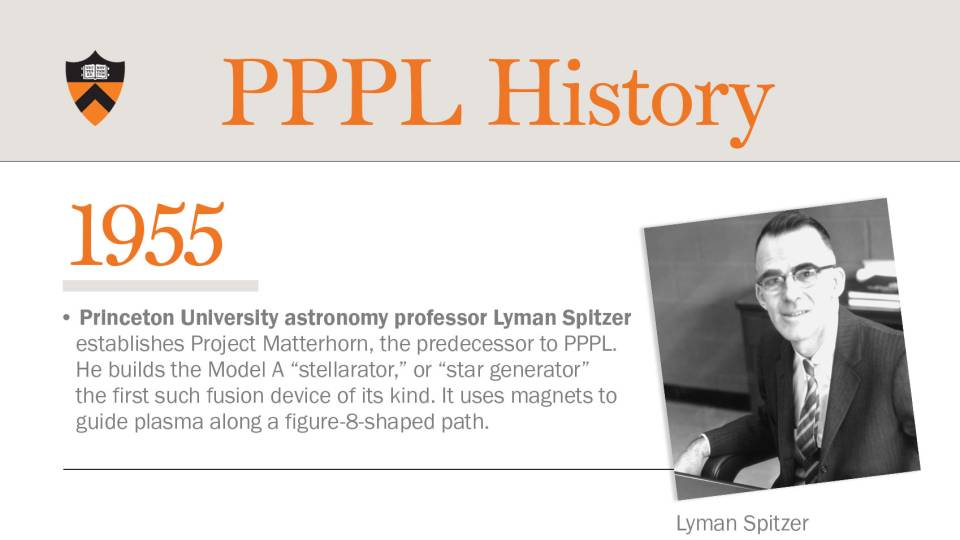 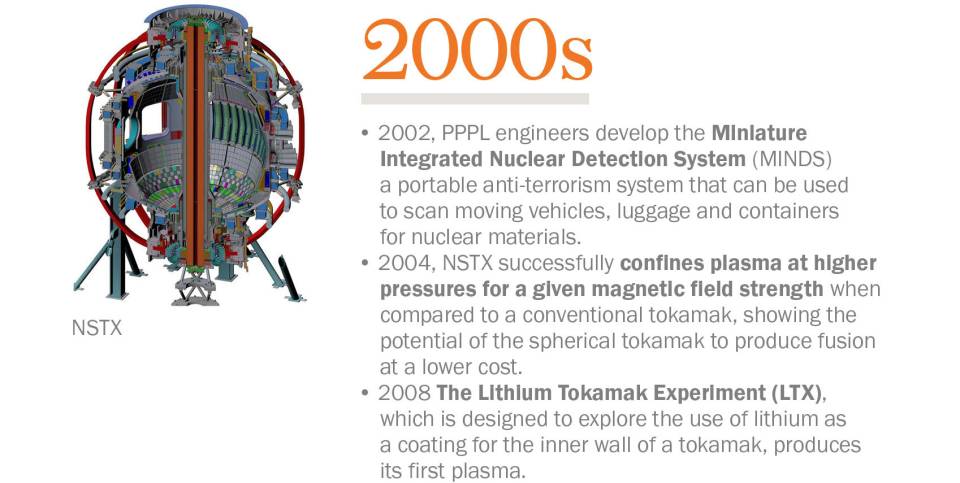