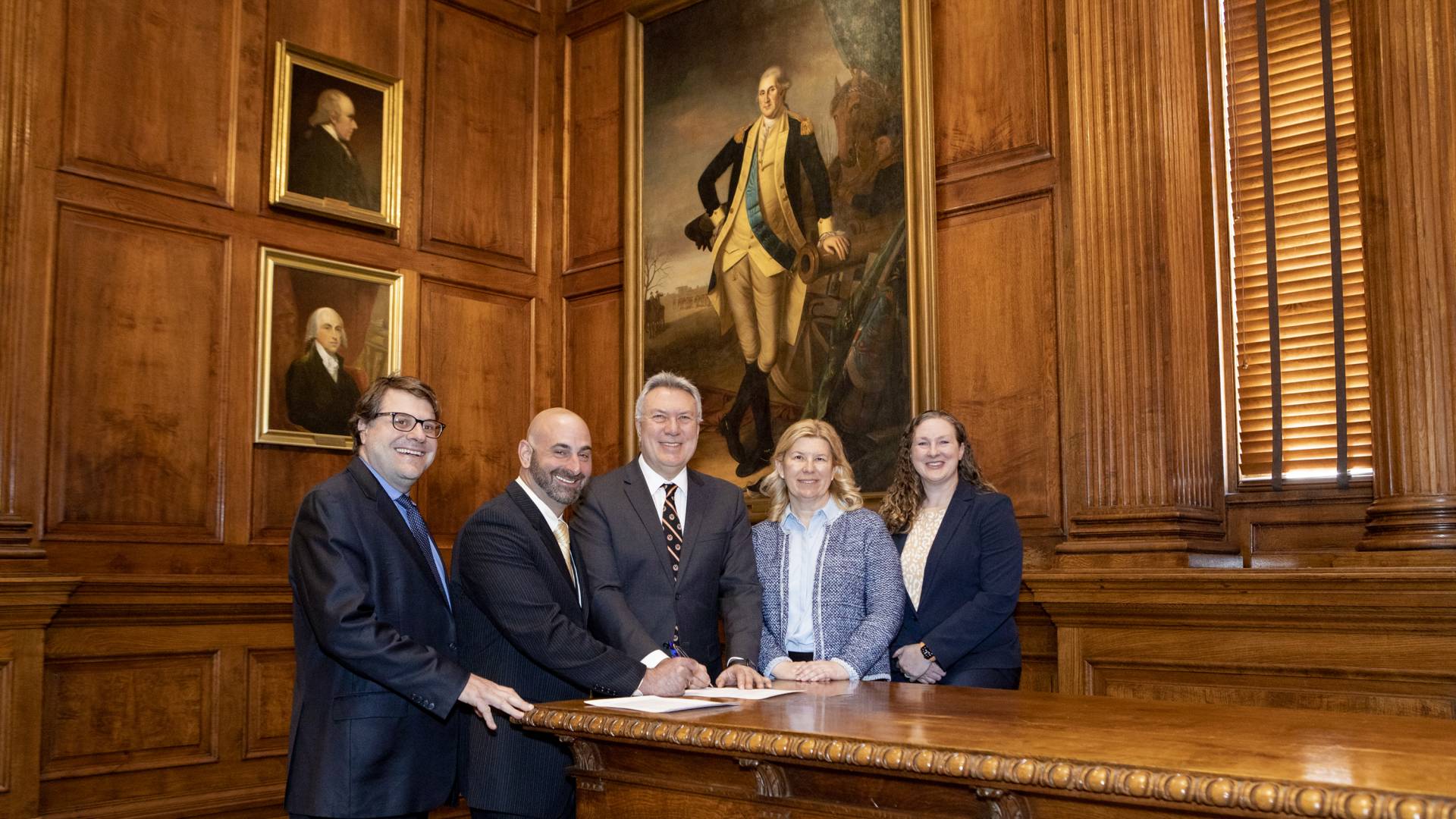 On March 21, representatives of the U.S. Department of Energy and Princeton University gathered in Nassau Hall to extend the primary contract for the management and operations of the Princeton Plasma Physics Laboratory. Shown are David McComas (center), vice president for PPPL and professor of astrophysical sciences, who signed for the University, while Michael Toth (second from left), Contracting Officer for the DOE-Princeton Site Office, signed for the Department of Energy. Also on hand were (left to right) Kevin Licciardi, University Counsel; Sandra Rogan, manager of the DOE-Princeton Site Office; and Chelle Reno, assistant vice president for operations for PPPL.

“We are delighted to have this 5-year contract extension to continue the critical work at PPPL,” said David McComas, vice president for PPPL and professor of astrophysical sciences. “The University is committed to advancing research and science in the service of society through our long-term and growing collaboration with DOE.”

PPPL is devoted to creating new knowledge about the physics of plasmas — charged gases — and to developing practical solutions for creating fusion energy. Over the past three years, PPPL’s Richard Hawryluk led the National Academies of Sciences, Engineering, and Medicine report “Bringing Fusion to the U.S. Grid” and played a critical role in the fusion Community Planning Process.

Princeton has had the honor of being the PPPL contractor since the Laboratory's inception in 1951, when it was called Project Matterhorn and under the leadership of founding Director Lyman Spitzer, an American theoretical physicist. PPPL is one of 10 National Laboratories stewarded by DOE’s Office of Science, and of 17 DOE laboratories, which comprise a preeminent federal research system providing the nation with strategic scientific and technological capabilities.

“We have been rapidly increasing the collaborations between the University and DOE over the past three years and are committed to the continued expansion of this key partnership,” said McComas. “By integrating our unique capabilities, Princeton, PPPL and DOE can collectively best serve the nation’s and the world’s needs.”