Stellarators, fusion facilities with a “twisty” design, have long played second fiddle to doughnut-shaped tokamaks that better confine the plasma that fuels fusion reactions. Now, in a development with major implications for the effort to replicate on Earth the fusion reactions that power the sun and stars to produce a virtually limitless supply of electricity, an international collaboration led by Princeton University has won a major private grant to create the framework for an optimum stellarator that combines the best features of both types of fusion reactors. 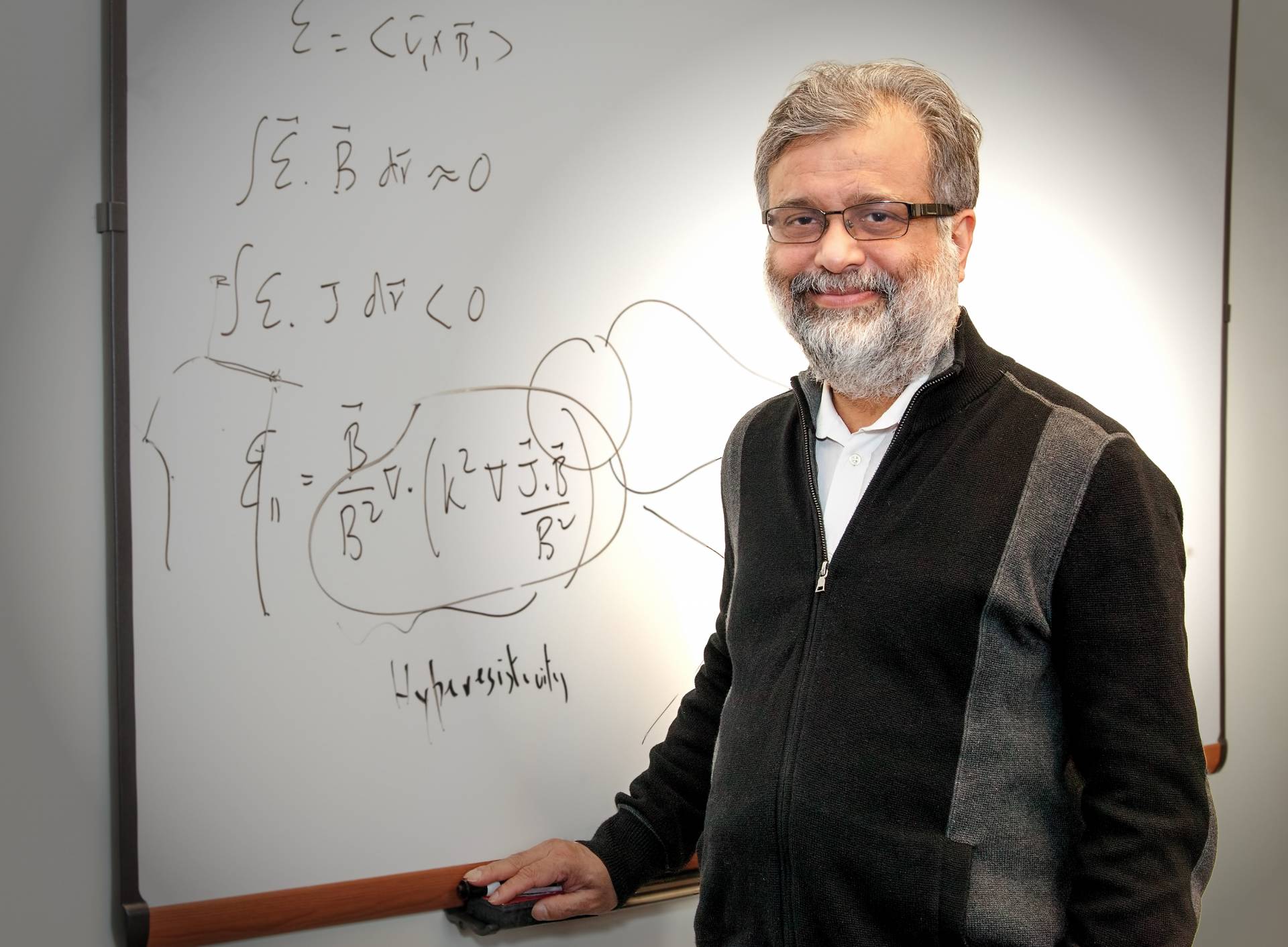 The grant, a Simons Foundation Mathematical and Physical Sciences Award valued at $2 million a year for four years, marks the first award for fusion or energy that the foundation has made since mathematician Jim Simons and his wife, Marilyn, launched the foundation in New York City in 1994. Under Simons, a billionaire whose wealth comes from the Wall Street hedge fund he started after leaving Stony Brook University, the foundation funds the frontiers of research in mathematics and basic sciences.

“I cannot tell you how excited I am,” said Amitava Bhattacharjee, a professor of astrophysical sciences at Princeton who directs the international collaboration. “This project requires fundamental breakthroughs in physics, mathematics and computation. If successful, we will be able to design the world’s best fusion reactor with importance for the entire world.”

Sharing his enthusiasm is Pablo Debenedetti, Princeton University dean for research, who encouraged Bhattacharjee to seek the Simons Foundation funding. “What I find exciting about this is that it brings together a highly collaborative group to address very fundamental problems of enormous practical importance,” Debenedetti said.

The sun and stars produce fusion by crushing together light elements in the form of plasma — the hot, charged state of matter composed of free electrons and atomic nuclei — with powerful gravity. Here on Earth, stellarators and tokamaks use magnetic fields in lieu of gravity to confine and control the plasma, and temperatures hotter than the core of the sun to fuse the nuclei to release their energy.

Stellarators — first proposed in the early 1950s took a back seat a decade later to tokamaks invented in the former Soviet Union, which proved better able to confine plasma and were easier to design and build. But stellarators are now making a comeback, with major ones operating in Germany and Japan thanks to the computational capability of supercomputers and breakthroughs in mathematical techniques and physics understanding.

A key feature of stellarators is their ability to operate without the electrical current that tokamaks must induce in plasma to complete the magnetic field. Such current poses a risk for tokamaks since instabilities in the plasma can cause the release of energy stored in the current, producing disruptions that can halt fusion reactions and damage tokamak components.

This enormously complex project — the title is “Hidden Symmetries and Fusion Energy” — will require many breakthroughs. “I think the Simons Foundation recognized both the significance of the project and the need for a broad team capable of addressing the challenging physical and mathematical tasks associated with it,” said Peter Constantin, director of the Program in Applied and Computational Mathematics at Princeton and a founding principal investigator on the team.

The diverse group, assembled from eight U.S. universities and four international institutions, will create a code called SIMSOPT — for SIMonS OPTimization code — to produce the framework for an optimum stellarator design. “Our hope is that the Simons award will accelerate stellarator fusion,” said Per Helander, a director of the Max Planck Institute for Plasma Physics in Greifswald, Germany, home of the Wendelstein 7-X (W7-X) stellarator — the largest and most advanced stellarator in the world. Helander, a founding principal investigator on the collaboration team and leader of the German group that has been a pioneer in the science of stellarator optimization, will apply the SIMSOPT code to new stellarator designs. “I’m delighted to see that private money is going into mainstream fusion,” he said.

This diverse collaboration is unique to fusion research. “Our team reflects a breadth of enterprise with mathematicians and computational experts who don’t necessarily have a lot to do with plasma physics,” Bhattacharjee said. “But these are experts who can provide breakthroughs and we are grateful to the Simons Foundation for this great opportunity.”