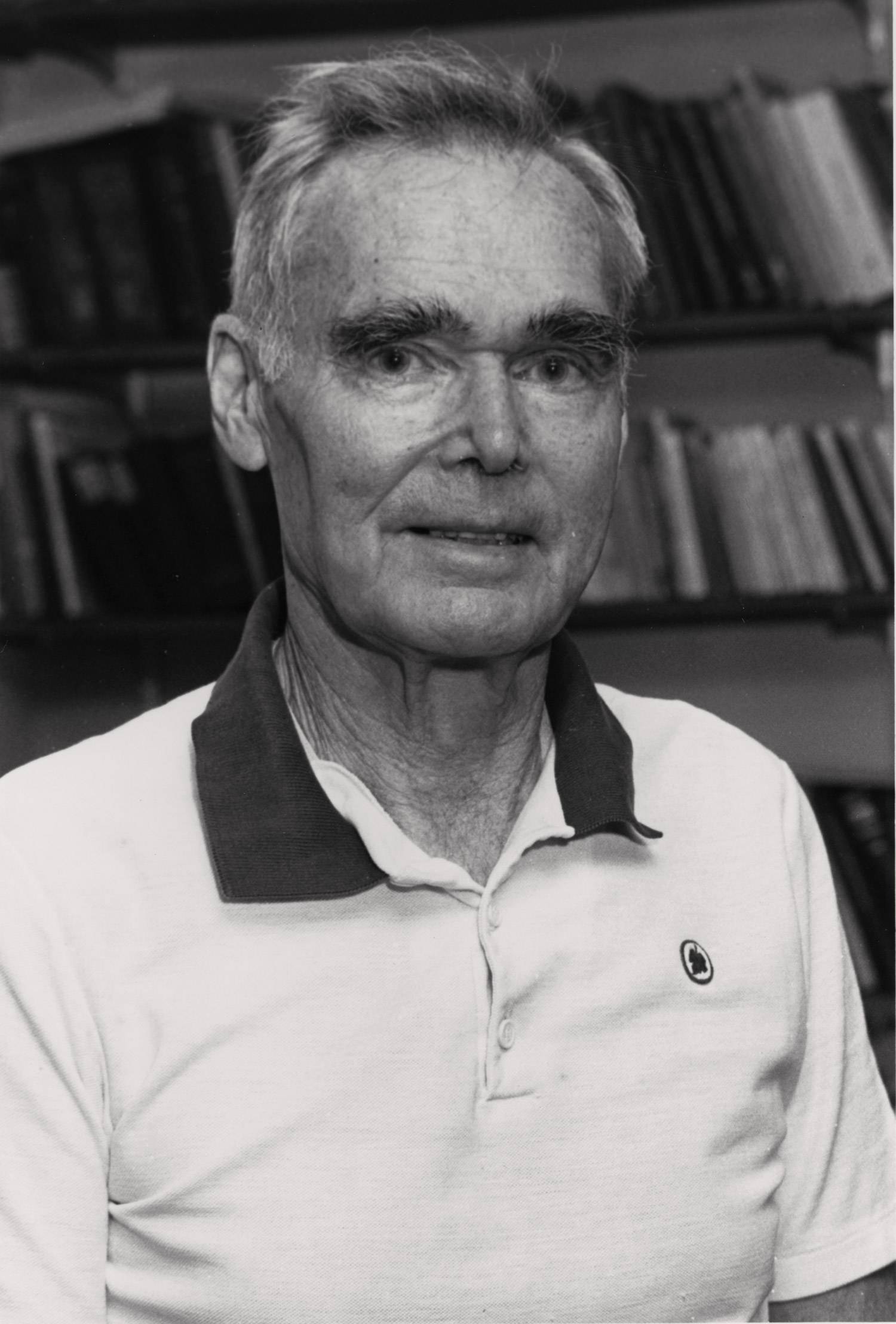 Gilbert Hunt, a professor emeritus of mathematics at Princeton University and one of the world's recognized authorities in the fields of probability theory and analysis, has died. He was 92.

Hunt, a scholar, a war veteran and, in his youth, a top-ranked amateur tennis player, died in his sleep on Friday, May 30, at his home in Princeton. He had been recovering from surgery.

During his long career, Hunt made important contributions to the field of probability theory, an area of mathematics that allows for forecasts in any complex system, from the weather to quantum mechanics. The "Hunt process," a key mathematical model used in probability theory, is named for him.

"Gil Hunt is famous among probability theorists for his foundational work on Markov processes," said Edward Nelson, a professor of mathematics at Princeton and an expert on probability studies. "Such a process models a random system in which knowledge of the past gives no more information about the future than does knowledge of the present." Hunt developed tools for their effective study, which have been widely used ever since.

Hunt also possessed broad interests. "He was very interested in all areas of mathematics, not just his own specialty," said Simon Kochen, also a Princeton professor of mathematics. "He was a Renaissance person, with a deep interest in literature and music as well as many other areas."

Hunt served as chair of the Princeton Department of Mathematics from 1966 to 1968. His first Princeton appointment as a faculty member was from 1959 to 1962. Hunt rejoined the faculty in 1965, having spent the previous three years at Cornell University. He taught at Princeton until he retired in 1986.

He was born in Washington, D.C., on March 4, 1916, to Gilbert Hunt, a renowned engineer and bridge-builder, and May Jane Winfield Hunt, a homemaker. He was an only child.

He attended the Massachusetts Institute of Technology for two years, but left to play tennis, a sport at which he had excelled since he was a child.

"The great love of his life was tennis," said his daughter, Margaret Hunt of Princeton.

And a passion it was.

At ages 16 and 18, he was ranked No. 1 in national junior indoor tennis, and he was listed as one of the top 10 national tennis players during his college years. Sportswriters had a field day with his eccentricities -- he liked to play barefoot, he would sometimes wear a floppy farmer's hat and, if he did not think he was playing well, he would walk off the court.

After he defeated Bobby Riggs, the nation's No. 2 player, in 1938, the Washington Post reported: "Riggs had been a 10-1 favorite when he took the court. ... But the frail Washington mathematician constantly outmaneuvered and pressed the husky Chicago 'playboy.'"

During a 1939 match against Bitsy Grant, another top player, the Washington Daily News reported that Hunt played so well, ultimately defeating Grant, that at one point, Grant put down his racket and joined the general applause for Hunt's skill.

One Washington Post writer said of the young Hunt: "He is an extraordinarily gifted mathematics scholar and teacher, but somewhere in his curious makeup is a streak of daffiness that occasionally prompts him to remove his shoes in the middle of a match, and entertain his galleries by picking up objects with his toes. This, we might add, is done with a strange faraway look in his brooding black eyes, and an air of complete detachment. But shoeless or shod, when he is hot he is the hottest thing in an otherwise cold and clammy crop of cup defenders."

After a brief hiatus, Hunt returned to college and resumed his scholarly work at George Washington University, earning his bachelor's degree in mathematics in 1938. He continued his studies at Brown University, until he was drafted into the U.S. Army during World War II. He was assigned principally to the research section of the air weather service. During that time, he achieved the rank of captain and used his mathematical prowess to help develop weather forecasts to ensure the success of D-Day and the Allied invasion of the Normandy coast.

From 1946 through 1949, he served as an attaché to the computing pioneer John von Neumann at the Institute for Advanced Study in Princeton and also completed his doctoral studies at Princeton University, earning his degree in 1948. He taught first at Cornell, then returned to Princeton.

Hunt suffered from macular degeneration and starting losing his sight in the 1960s at the height of his mathematical powers. Colleagues said he developed methods to think about math in a new way as it grew increasingly difficult to read equations.

He remained vitally interested in mathematics until his death.

Recently, he visited John Conway, Princeton's John von Neumann Professor of Applied and Computational Mathematics, in Fine Hall. He had read one of Conway's books by listening to a recording for the blind.

"He came asking detailed questions," Conway said. They debated a subtle point, Conway said, which convinced Conway that Hunt was thinking deeply -- and in nuanced ways -- about mathematics until the end of his life.

And, though he couldn't play tennis in later years because of his eyesight, he often helped his friends with their game. Kochen said Hunt showed himself to be a perfectionist in tennis as well as math.

Kochen remembered him saying, "I don't know why you don't follow my net game instructions -- the last person I taught picked it up immediately!" Asked who that was, Hunt responded, "Dick Savitt." Savitt was the 1951 Wimbledon singles champion.

He is survived by the children of his first marriage to Mary Hunt, who died in 2003: Laurence Hunt and Margaret Hunt, both of Princeton. And he is survived by four children by his second marriage to Helen Hunt, from whom he was divorced: Diana Hunt of Hamburg, Germany; Christopher Hunt of Boston; Lisa Hunt of Berkeley, Calif.; and Gregory Hunt of Griggstown, N.J. He also is survived by two grandchildren.

A memorial service is being planned for the future.

The family asks that donations be made in his memory to: Recordings for the Blind and Dyslexic, 20 Roszel Road, Princeton, NJ 08540.