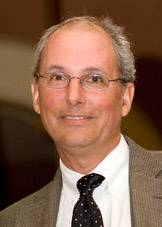 He will be responsible for developing a comprehensive marketing, communications and public relations strategy for Princeton's fundraising enterprise, including print, Web, video and collateral media. He will work in partnership with the University's Office of Communications and with communications staff in the Alumni Association and academic departments on a variety of collaborative projects.

Harmon left Princeton to become director of university communications at Wesleyan University. He was promoted to vice president for public affairs in 2006.

"In his experience at Wesleyan, Justin developed a strategy for integrated marketing communications that extended across all the university's audiences and all available media," said Julie Shadle, director of development services. "This experience, plus his deep knowledge of and love for Princeton, convinced the many colleagues who participated in the search that Justin was the right candidate both to lead our development communications efforts and to collaborate with the professionals in public affairs and across the institution who build Princeton's image and reputation every day."

Harmon reports jointly to Shadle and to Brian McDonald, vice president for development.

"I am excited and grateful to have this opportunity to return to Princeton, which is a place I have long thought of as home," said Harmon, a 1978 Princeton alumnus. "I look forward to working with colleagues new and old to identify new ways to engage our alumni and friends in active support of the great work of the University."

During his time at Wesleyan, Harmon served as a member of the Consortium on Financing Higher Education (COFHE) Assembly and chair of its program committee. He also has been a member of the COFHE Public Issues Working Group and of the Public Relations Committee of the Annapolis Group, an organization of the leading national independent liberal arts colleges.

He joined the Princeton staff as a press officer in 1985 after working as a teacher for three years and as a journalist for four years.

Harmon comes to the development staff at a key point in time. Last November, the University launched Aspire: A Plan for Princeton, a comprehensive fundraising campaign to raise $1.75 billion over five years. He succeeds Pat Coen and Lisa Burke, who have been serving as acting co-directors of development communications.

"I want to thank our team in development communications for their excellent work and their extra effort during what has been a long period of organizational transition for them," Shadle said. "They expanded and improved our communications program during the critical first year of the Aspire campaign and deserve significant credit for our success. Special recognition goes to Pat Coen and Lisa Burke for their leadership."

Ainslie chosen as vice president for finance and treasurer