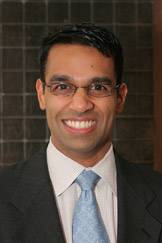 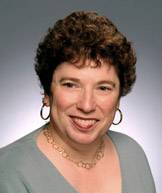 The University will present its top honors for alumni to Rajiv Vinnakota, co-founder of the nation's first urban boarding school for disadvantaged students, and Claire Max, an astrophysicist who has developed techniques to enable astronomers to more clearly observe the universe.

Vinnakota, a member of Princeton's class of 1993, has been chosen for the Woodrow Wilson Award. Max, who earned a Ph.D. in astrophysical sciences from Princeton in 1972, will be awarded the James Madison Medal.

They will receive their awards and deliver addresses on campus during Alumni Day activities on Saturday, Feb. 21.

The Madison Medal is named for the fourth president of the United States and the person many consider Princeton’s first graduate student. Established by the Association of Princeton Graduate Alumni, it is presented each year by the University to an alumnus or alumna of the Graduate School who has had a distinguished career, advanced the cause of graduate education or achieved an outstanding record of public service.

On Alumni Day, Max will present "An Adaptive Optics View of Black Holes in Colliding Galaxies" at 9:15 a.m., and Vinnakota will speak on "Risk and the Social Entrepreneur" at 10:30 a.m. Both talks will take place in Richardson Auditorium of Alexander Hall.

After earning a degree in molecular biology and a certificate from the Woodrow Wilson School of Public and International Affairs, Vinnakota went to work as a management consultant. A conversation he had with classmates about education and urban policy at his first Princeton reunion, in 1994, changed his direction.

Vinnakota took a leave of absence from his job and, with a partner, created a plan for the SEED School of Washington, D.C., which opened its doors to 40 students in 1998. The school, which offers cultural enrichment programs and a college-prep curriculum in its boarding school setting, now enrolls 320 students from grades seven through 12. Ninety-eight percent of SEED graduates have been accepted to college, and 62 percent of its alumni are progressing toward graduation from college, more than three times the rate for the population that the SEED School serves.

Katherine Bradley, a member of Princeton's Board of Trustees, has served on the board of the SEED School. "Raj has worked unceasingly to bring ... SEED's lessons to a wide, national audience," said Bradley, who graduated from Princeton in 1986.

"Some say a social entrepreneur is born, not made. Whatever that thing is which drives a change agent, Raj has it in spades. It is in his DNA, this drive to build SEED. His focus is always singular: How to serve as many children as possible, how to change the trajectory of their lives and how to bring others to passionate support for the cause," Bradley said.

The SEED Foundation, of which Vinnakota is a managing director, opened a second school this year in Baltimore and has a possible second Washington, D.C., school in the works. It also has projects under way to attempt to open schools in New Jersey, Ohio and Wisconsin.

Vinnakota has been active in University and alumni affairs. He served as a Princeton trustee from 2003 to 2007 and currently is the chair of the University's Annual Giving Committee. This year, he received the Josh Miner '43 Experiential Education Award from the Friends of Outdoor Action Board, which is presented annually to a Princeton graduate to recognize leadership in education. In 2004, he returned to Princeton to talk to students about providing poor youngsters with educational opportunities as part of the Wilson School's Practitioner-in-Residence Program.

Max, a professor of astronomy and astrophysics at the University of California-Santa Cruz, is internationally known for her study of plasma physics, astronomy and astronomical instrumentation, and especially for her work in adaptive optics.

A pioneer in the field of adaptive optics, she created technology that removes the blurring effects of turbulence in the Earth's atmosphere, allowing telescopes on the ground to see as clearly as if they were in space. She has helped revolutionize the capabilities of ground-based telescopes as a co-inventor of the laser guide star technique for astronomical adaptive optics.

"Claire has developed the techniques that let us see planets, quasars and galaxies with remarkable clarity," said David Spergel, the Charles A. Young Professor of Astronomy on the Class of 1897 Foundation at Princeton and the chair of the Department of Astrophysical Sciences. "This system enables the Keck Telescopes (in Hawaii), the world's largest, to make clearer images of objects ranging from planets to distant galaxies. Claire's work is essential not only for the current generation of great telescopes but is a key element in the next generation.

"I am very pleased that the Madison Medal is recognizing her important contribution to technology and science," added Spergel, who is a 1982 Princeton graduate.

Max is the first woman to receive the Madison Medal. She arrived at Princeton to earn her Ph.D. after receiving her bachelor's degree at Radcliffe College in 1968. Early in her career she studied the plasma physics aspects of laser fusion at the Lawrence Livermore National Laboratory in Livermore, Calif., where she made important contributions to laser-plasma interactions and to the understanding of astrophysical plasmas.

Since 2001, Max has been a faculty member at Santa Cruz and an astronomer at the University of California Observatories, performing research at the Lick Observatory in Mount Hamilton, Calif., and the Keck Observatory. She also is director of the Center for Adaptive Optics, which is funded by the National Science Foundation and headquartered at Santa Cruz. Her current research in astronomy involves the use of adaptive optics to study merging black holes at the centers of galaxies.

In spring 2008, she was elected to the National Academy of Sciences, one of the highest honors that can be accorded to a scientist or engineer.