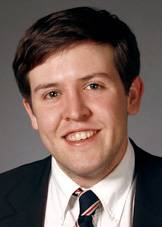 The Marshall Scholarship covers the cost of living and studying at a British university of the recipient's choice for two or three years. Nelson, who graduated from Princeton in 2010 with a bachelor's degree in history, will use the award to obtain two master's degrees, the first in the history of art at University College London and the second in modern European history at the University of Cambridge, focusing on German history and visual culture.

A native of Dayton, Ohio, Nelson hopes to pursue a Ph.D. and eventually teach European and Soviet history. He currently is a Fulbright Scholar at A.M. Gorky Ural State University in Ekaterinburg, Russia, studying the role of American technology in Josef Stalin's First Five-Year Plan for economic growth in the Soviet Union.

Nelson has been deeply immersed in Russian culture. He spent several summers studying Russian in St. Petersburg and doing thesis research in the Urals, and he studied at Smolny Institute in St. Petersburg during his junior year.

"At this point, I am interested in broadening my area of focus and examining Germany's role as the historical hinge of modern Europe," Nelson said. "The geopolitics of German-Soviet antagonism, or World War II for short, dictated the ground rules of the 20th century, but in that relationship there is a story much bigger than the barbarism of the war itself."

"John is a born academic, in the best sense," said Stephen Kotkin, Princeton's Rosengarten Professor of Modern and Contemporary History. "He has intellectual depth and reach, yet relentlessly strives for more. He is also devilishly witty. His senior thesis -- which won our departmental prize -- was a strikingly imaginative exploration of Soviet-era health care that encompassed doctors treating disease, fiction writers like Chekhov and Bulgakov, and patients in forlorn clinics."

Caryl Emerson, Princeton's A. Watson Armour, III, University Professor of Slavic Languages and Literatures and the department chair, said of Nelson, "He's gotten to know Russian provincial archives out in Siberian cities, which is a phenomenal project for an undergraduate when scholars are just beginning to get a literacy in these. He was simply fearless getting access. I've never met an undergraduate who has done this type of work."

At Princeton, Nelson was a member of the editorial board of The Daily Princetonian for three years and served as editor-in-chief of the Nassau Weekly.

Nelson was awarded Princeton's Laurence Hutton Prize in History, which goes to the history major who has compiled the strongest record, and the University's William Koren Jr. Memorial Prize in History, recognizing the best record during the junior year. He also won Princeton's Walter Phelps Hall Prize in European History for the best thesis in that subject.

The Marshall Scholarships were established in 1953 as a British gesture to the United States for the assistance received after World War II under the Marshall Plan. Financed by the British government, the scholarships are awarded to American students who have demonstrated academic excellence and leadership potential. Up to 40 are selected each year.