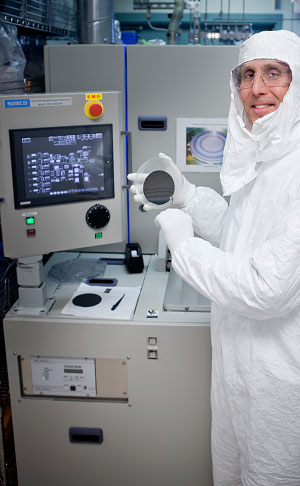 The sorting device developed by electrical engineer James Sturm (above), physicist Robert Austin and their collaborators works like a microscopic pinball machine, featuring an array of ultrasmall pillars to sort tiny biological particles, such as cells and fragments of DNA. (Photo by Brian Wilson)

What it does: Like a microscopic pinball machine, the sorting device developed by Princeton engineers and biophysicists features an array of ultrasmall pillars to sort tiny biological particles, such as cells and fragments of DNA.

The potential applications are myriad. For example, the technology can be used to find fetal blood cells in a mother's bloodstream -- about one cell out of every billion -- that can be analyzed to find out information about the fetus as an alternative to amniocentesis, a risky process in which a needle must be inserted through the wall of the uterus. And, in a project of the Princeton Physical Sciences-Oncology Center, the research team is assessing whether the device can be used to find metastasizing cancer cells in the bloodstream.

"There are very, very few of these cells and it's hard to find them, but trapping them will help us learn about the fundamental processes underlying the spread of cancer," Sturm said.

The researchers currently are working to scale the technology to process larger volumes of liquid and to ensure that living cells are not damaged or killed when they are sorted. Such attributes may enable the better "harvesting" of stem cells from umbilical cord blood or mobilized adult blood for stem cell clinical transplants. 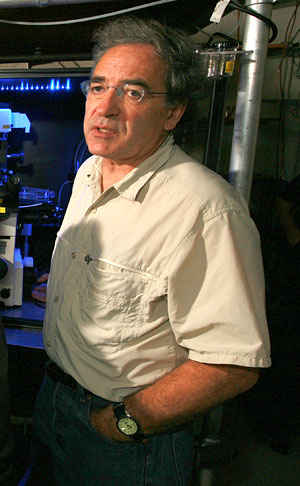 The team also is exploring whether the sorting technology might be a useful way to harvest algae for use in biofuels. While algal oil provides a concentrated source of energy, it can be difficult and energy-intensive to isolate the algae from the ponds in which it grows -- an issue known as the "dewatering" problem. Industrial scale bump arrays would need to be very large and very inexpensive to process gallons of pond water per minute, but if developed, they could present an economically attractive alternative to current dewatering methods.

Commercialization status: This patented technology has been licensed by several companies for fetal testing, cancer diagnosis and algal oil production.