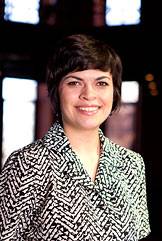 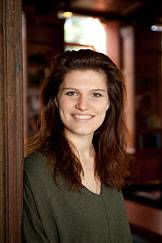 Princeton seniors Alissa Escarce and Léa Steinacker each have been awarded the University's Henry Richardson Labouisse '26 Prize, which will allow them to devote a year of service and research related to migrant workers' rights and gender-based violence, respectively.

The Labouisse fellowship provides $25,000 to each recipient to support research in developing countries by graduating seniors who intend to pursue a career devoted to problems of development and modernization. The prize was established in 1984.

Escarce, a history major pursuing a certificate in Latin American studies, will spend the year in Mexico working with Centro de los Derechos del Migrante (CDM), a transnational workers' rights law center. She will help expand the capacity of a new CDM office in the southern Mexican state of Oaxaca by assisting with research on legal cases, preparing educational materials for outreach efforts, including workshops and a radio show, and performing administrative duties. Escarce also will document the effects of the United States' H-2 temporary visas on Oaxaca's indigenous Mixtec community, in part through interviews with local organizers, workers and their families.

While interning with CDM in fall 2008, Escarce contributed to legal education, outreach and advocacy efforts, often interacting with workers traveling to the United States under H-2 visas for temporary and seasonal work. CDM has found abuses in the recruitment process and gender inequalities in job access and pay rates that often go unreported to authorities. These abuses are rarely part of the public discourse, however, and both political parties in the United States have supported expanding H-2 programs, she said.

"What I found working at CDM was that even though one of the H-2 visa program's supposed benefits is legal oversight, workers don't have that much more access to legal services than if they were undocumented," Escarce said. "If we're going to have a legal migration system, it needs better oversight so that it's a better option for workers, not just politicians."

Escarce's interest in Mexico began with her upbringing in Santa Monica, Calif., where the politics of immigration were always part of the conversation, she said. At Princeton, she developed these interests further with classes in Latin American history and politics and study abroad courses and internships in Mexico.

Escarce focused one junior paper and her senior thesis on indigenous communities in Mexico, leading her to question whether problems with the H-2 programs might affect these populations especially severely, with heightened discrimination and language barriers for speakers of Mixtec. Her thesis adviser, Assistant Professor of History Robert Karl, said Escarce has chosen an important project to which to apply her exceptional analytical and writing skills.

"Alissa has identified an understudied element of Mexican migration to the United States," he said. "Her research offers an instructive comparative case for this country's debate on migration, which focuses so much on illegal migration. Alissa's project has very real implications for public policy in the United States, as well as for improving the lives of Oaxacan migrants."

Escarce hopes the experience will help her decide whether to pursue a career focused on immigration and labor rights in law, public policy or a combination of the two.

"Social justice work is something I've found both personally satisfying and intellectually engaging," she said.

Steinacker is majoring in the Woodrow Wilson School of Public and International Affairs and is pursuing a certificate in African studies. She will use her fellowship to spend time on four continents getting a holistic education in issues related to gender-based violence in crisis situations.

Steinacker will begin her project with two months in Australia, learning about the academic, ethical and methodology issues related to sexual violence in humanitarian settings with public health and human rights expert Anthony Zwi, a professor at the University of New South Wales. Then she will spend three months in Rwanda working with the nonprofit organization AVEGA Agahozo, where she will assist in systematic documentation of rape cases during the 1994 Rwandan genocide and provide research and administrative support to the Rwandan National Commission of Human Rights.

Next Steinacker will spend three months in Malaysia working with the humanitarian initiative of International Planned Parenthood Federation, which works to increase access to sexual and reproductive health services in crisis situations in the Asia Pacific region. She then will spend three months interning with the Medica Zenica therapy center in Bosnia and Herzegovina, which provides medical care, gynecological treatment and psychological counseling for traumatized women. Finally she will return to Australia to reflect on and write about her experiences.

"If ever there were an issue requiring a global multilateral response, it's gender-based violence," Steinacker said. "This opportunity to learn about the issue from different angles and in different regions really is a dream come true."

Steinacker, who is from Walsrode, Germany, became inspired to work on gender-based violence years ago by a cousin who worked with refugees in humanitarian emergencies, traveled to Sudan, and conveyed to Steinacker that sexual violence often increased during and after violent conflicts or natural disasters, such as a devastating earthquake .

At Princeton, Steinacker served as the president of Speak Out Against Sexual Violence; is the leader of a peer education team on LGBT (Lesbian, Gay, Bisexual, Transgender) issues for her residential college, Wilson College; acted in various theater and film productions on campus; and interned at the Egyptian Center for Women's Rights while studying abroad in Cairo. She also was named an Adel Mahmoud Global Health Scholar, which enabled her to study reproductive health and sexual violence in the Dominican Republic and Kenya; and incorporated her passion for the issue into her senior thesis, for which she interviewed 99 female sex workers in Kenya about the full array of risks they face and explored policy implications.

"This first meeting gave me an accurate picture of the enormous amount of thought, research and sheer energy Léa invests in her activism and in her pursuit of social justice. Léa fits the Labouisse ideal of scholarship plus pragmatic action devoted to the distressed," Paluck said. "Above all, Léa cares about and connects with the people who are affected by gender-based violence."

Steinacker said she is driven by a desire to give visibility to individuals whose voices and problems have been neglected, and to help develop solutions.

"There's a reason this is called the most ignored human rights violation -- it makes people uncomfortable," she said. "But if you want to attack such a big problem, it includes really listening to people on the ground."

Steinacker is interested in a career dealing with humanitarian responses to crisis situations and hopes her Labouisse year will help her decide whether to pursue law school, a master's degree in refugee studies or a Ph.D. program in global health.