Blackburn, a sociology major from Brooklyn, New York, will develop a language education model to bring together French and English language teachers of color in Guadeloupe. Ficarelli, an anthropology major from Reggio Emilia, Italy, aims to produce a film about the intergenerational collective memory of Eritrean communities in Berlin and Bologna, in London. James, a Woodrow Wilson School of Public and International Affairs major from Washington, D.C., will study the impact of foreign commercial fishing on Senegalese fishermen in Dakar.

The Labouisse Prize, which awards $30,000 to each recipient, enables graduating seniors to engage in a project that exemplifies the life and work of Henry Richardson Labouisse, a 1926 Princeton graduate who was a diplomat, international public servant, and champion for the causes of international justice and international development. The prize was established in 1984 by Labouisse’s daughter and son-in-law, Anne and Martin Peretz. It is administered by the Princeton Institute for International and Regional Studies (PIIRS). 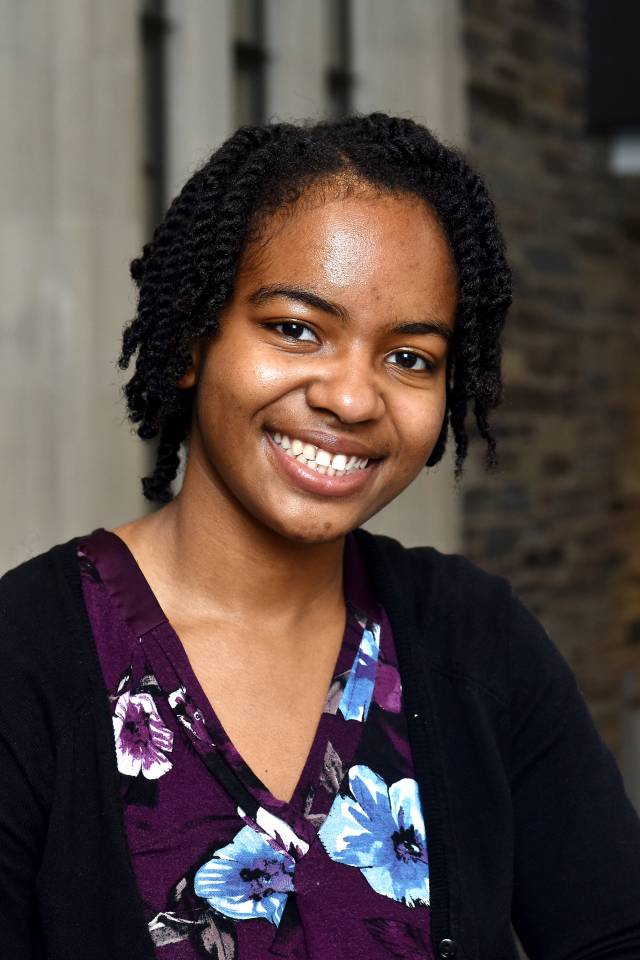 Blackburn became interested in languages during high school. She was one of only a couple of black students studying French in her majority white Upper East Side private school. “Unsurprisingly, my instruction of French was very Eurocentric,” she said. “I had heard that French was spoken in parts of Africa and the Caribbean, places I knew vaguely about, places with people who shared my complexion and aspects of my family history.” While continuing to study French at Princeton, Blackburn became “frustrated by the subliminal notion that by learning French, I was someone appropriating a European identity, rather than exploring an Afro-Caribbean one. I was discouraged by the reality that French was so tightly linked to race and social status in the American education system that its apparent communicative function as a world language was missing.”

So, she traveled to Guadeloupe after her junior year to shed light on connections between French and black culture and identity. She learned that “French does indeed exist (and beautifully so) outside of the Eurocentric parameters in which it is taught in the United States.” Additionally, she discovered that second language learners of English were having similar troubles in finding authentic connections to black culture and identity in their studies of English.

Blackburn will return to Guadeloupe to work at Lycée Général et Technologique de Baimbridge where she will assist a head teacher in the classroom in developing multicultural world languages curricula, as well as serve as a tutor to students who are preparing for English proficiency exams.

“I view Jazmyn’s proposed project as the natural next step in her professional and personal trajectory,” said Maria Medvedeva, director of studies at Rockefeller College. “Jazmyn introduces the ‘Multi-teaching Model’ that aims to rethink ways in which we teach world languages with the goal of making those languages more relevant to the historical and cultural experiences of the diverse and often marginalized groups of language learners. It’s an important cause, especially because the disparity that Jazmyn illuminates, though recognized in theory, has received limited practical consideration.”

Along with French language and culture, Blackburn is pursuing certificates in urban studies, cognitive science and linguistics. She has served as a preschool program project leader at Community House and as a youth projects liaison on the organization’s executive board, and also has been a staff translator for the Princeton University Language Project. She received the John C. Bogle ’51 Fellowship Award. 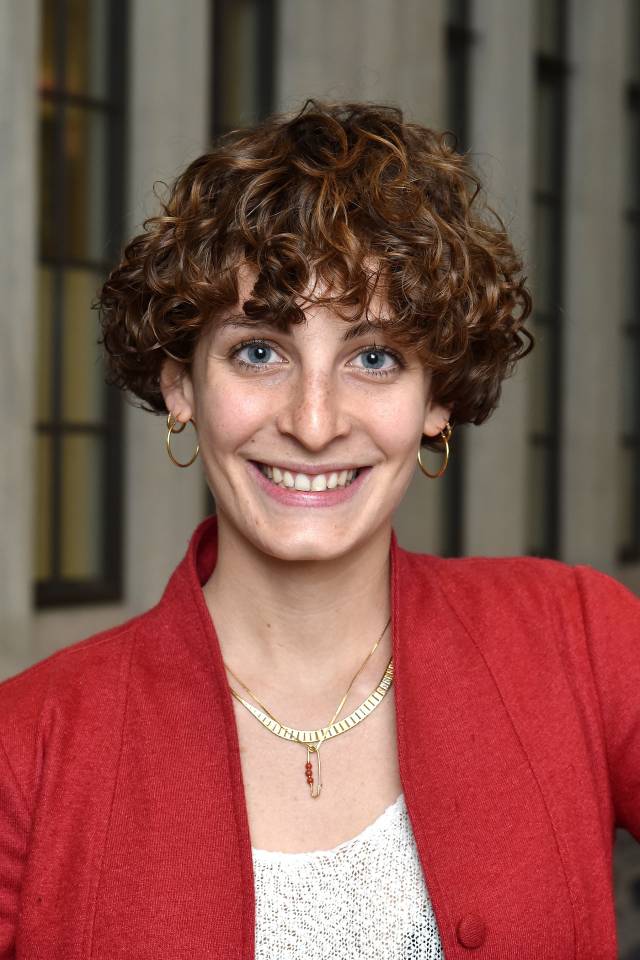 Ficarelli has long been interested in migration and human rights work: her senior thesis argues for the moral imperative that postcolonial countries have to grant postcolonial migrants special status when they are seeking immigration rights. In her summer fieldwork, she explored how the Eritrean diaspora were working in helping with the asylum-process and integration of new Eritrean refugees, filling the gap left by weak Italian state infrastructure and response methods to migration in Italy.

While studying abroad at SOAS-London in fall 2017, she was introduced a London-based human rights agency that uses interdisciplinary approaches to human rights work. “Their investigators are architects, scholars, artists, filmmakers, software developers, investigative journalists, archaeologists, lawyers and scientists,” she said. “In particular, I am compelled by the political force of their research, producing as it does tangible outcomes that are accessible to the public by way of presenting their evidence in political and legal forums, truth commissions, courts and human rights reports.”

During her fellowship year, Ficarelli will return to London to co-produce a film about the intergenerational collective memory of Eritrean communities in Berlin and Bologna. “I want to investigate how the testimony of current refugees’ experiences in Eritrea can be utilized to put pressure on the Eritrean government and to hold it accountable for its human rights violations. The social emancipatory angle of this project therefore lies in the potential to pragmatically visualize the way that different urban histories produce different experiences of integration and diaspora, and to harness film as a tool to document and make visible human rights abuses,” she said.

In addition to many activities at Princeton, Ficarelli is pursuing a certificates in values and public life and African studies. She received a PIIRS Undergraduate Fellowship and a Streicker International Fellowship, which she used to work at the Community of San’Egidio in Rome, working in a school integration program for refugees. 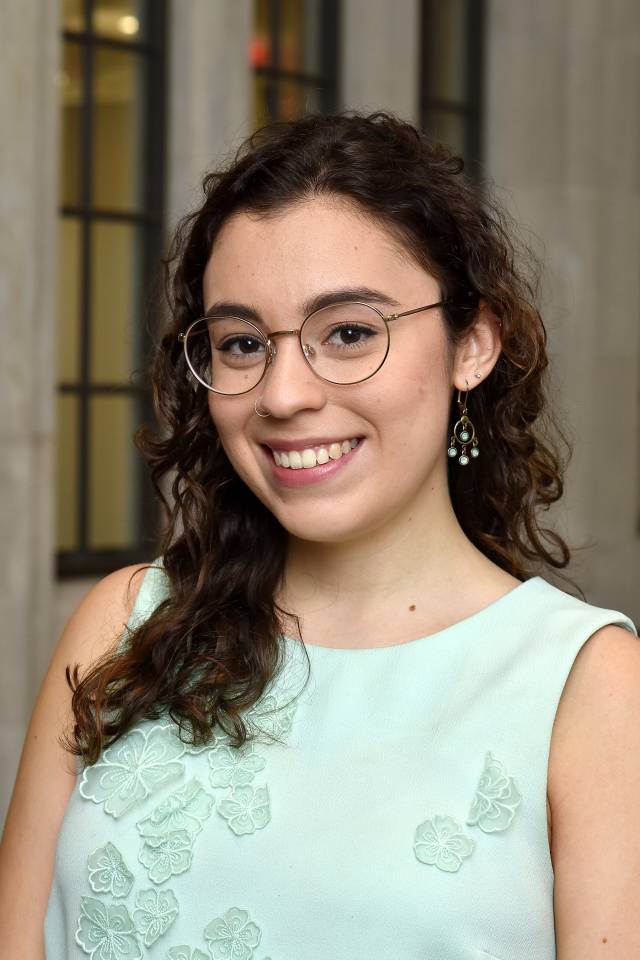 James has focused on economic development, and the effects of politics on food security, throughout her academic career at Princeton. Her junior papers examined U.S. sanctions on Cuba and food security and land reform in South Africa. Her senior thesis research focuses on Cuban public opinion of U.S. policy toward Cuba. “Throughout the semester, I came to appreciate views on government, money and technology that are fully distinct from my own,” she said. “This understanding further solidified my beliefs in American democracy, free speech and diversity. During my semester in South Africa, I reflected on the legacy of colonialism and apartheid in modern-day society. I found that federal policy has tremendous potential to bolster local food security, but that it can be misdirected.”

James, who is also earning certificates in urban studies and Latin American studies, will apply her experiences in Senegal during her fellowship year to examine the impact of European and Asian commercial fishing on Senegalese fishermen. “The fishing industry is critical to Senegal’s food security; 75% of the population’s protein intake derives from fish. In 2015, Senegal reformed its policy on both artisanal and industrial fishing. In particular, foreign entities are no longer permitted to catch pelagic species, as they are crucial to an affordable and nutritious Senegalese diet. With the support of a Labouisse Prize, my research will explore the effect that this policy reform has had on the food security of artisanal fishers and the communities that depend heavily on their product.”  James will divide her time between the Université Cheikh Anta Diop de Dekar and six sites along the coast.

“James is a seasoned researcher,” said John Londregan, professor of politics and international affairs. “Her proposed study will give us a clearer idea of the impact of the fishing ban in particular, and provide insights about protective measures designed to protect economically marginal artisans from industrial competition from abroad. The study will be generalizable to a wider spectrum of cases in which local artisans confront potentially devastating competition from economically efficient foreign competition.”

On campus, James is the sports editor of the “Princeton Nassau Herald”; she is an avid volleyball player and hopes to play the sport in Dakar as well.