Ilogu, a history concentrator from Belle Mead, New Jersey, will develop a digital and in-person exhibit in Nigeria and Senegal about the major pan-African festival FESTAC '77. Kamanzi, a French and Italian concentrator from Kigali, Rwanda, will interview African international students in Rwanda, like herself, who come from low income-backgrounds but have acquired socioeconomic and passport privileges. Solis, a history concentrator from Tucson, Arizona, will spend his year in the Huastecan region of Mexico, teaching English and basic computational skills in the Nahua communities of Chicontepec. Spencer, a Spanish and Portuguese concentrator from Moreland Hills, Ohio, will work to scale up initiatives to combat gender violence in Latin America in Brasilia, Brazil.

The Labouisse Prize, which awards $30,000 to each recipient, enables graduating seniors to engage in a project that exemplifies the life and work of Henry Richardson Labouisse, a 1926 Princeton alumnus who was a diplomat, international public servant, and champion for the causes of international justice and international development. The prize was established in 1984 by Labouisse’s daughter Anne Peretz and family. It is administered by the Princeton Institute for International and Regional Studies (PIIRS).

Due to ongoing uncertainty about global travel, these projects might be modified accordingly.

“The current COVID-19 pandemic, with its tragic death toll, spreading disease and poverty, and exposing deep domestic and global inequalities, racism and injustices, also serves to remind us that no nation can go it alone and that we need to continue our efforts to work together to make this a better world,” said Emmanuel Kreike, professor of history and chair of the Labouisse selection committee. “Despite COVID-19, this year’s and last year’s Labouisse fellows continue to follow in the footsteps of alumni like Henry Labouisse even though their service to less privileged communities abroad under the current circumstances often takes place in an online format.” 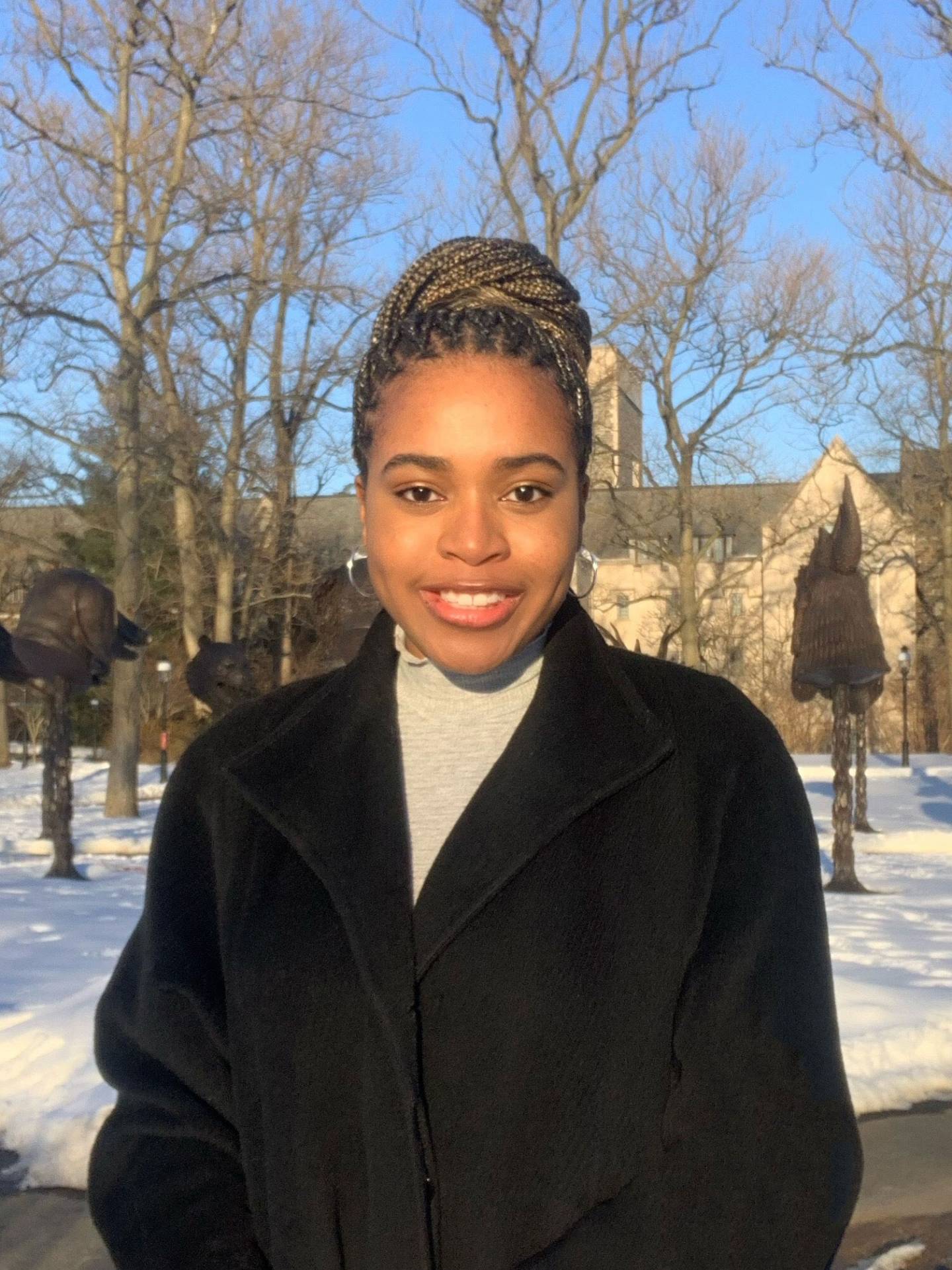 “FESTAC ’77 was an early embodiment of the idea that art, unity and cultural understanding could create positive and enduring sociopolitical change for society at large, and improve the status of Black and African people across the globe,” she said. “I see the legacy of FESTAC everywhere — from the creation of the African Union, to the rise of Afrobeats music and the Nigerian film industry, and even in the #BlackLivesMatter and #ENDSARS protests that took place all over the world in 2020.”

FESTAC has been partially erased in the African and global imagination, and Ilogu will continue the work started by the media platform Chimurenga and artists like Marilyn Nance to create a digital exhibition and archive centered around the event. She will also assist SMO Contemporary Art, a Lagos, Nigeria-based art platform, in their efforts to create an in-person exhibition commemorating FESTAC. She will digitize records and artifacts in the collections of the National Museum of Nigeria and the University of Lagos. As part of her project, she also will conduct interviews with key witnesses to the festival, experts on Nigerian art and history, and contemporary artists and innovators.

“Finally, I will launch a community engagement effort to ensure that the legacy of FESTAC is made known to everyday Nigerians and people around the world — an ‘afro-optimistic’ example of what was, and is, possible on the continent and for the entire Black diaspora,” Ilogu said.

“FESTAC '77 [is] one of the most important arts events on the African continent in the 1960s and ’70s,” said Wendy Belcher, professor of comparative literature and African American studies. “These events are criminally understudied and in danger of being lost to history, with few of the original attendees and organizers still living.”

Ilogu is also earning certificates in African studies and journalism and was named a 2020 PIIRS fellow and a 2019 Dale Award recipient. During her time at Princeton, she studied abroad at School of Oriental and African Studies (SOAS)-University of London and participated in a PIIRS Global Seminar in Mauritius. On campus, she has served as head of branding and marketing for the Africa Summit at Princeton, president of Black Arts Company: Dance and vice president of the Princeton African Students Association. 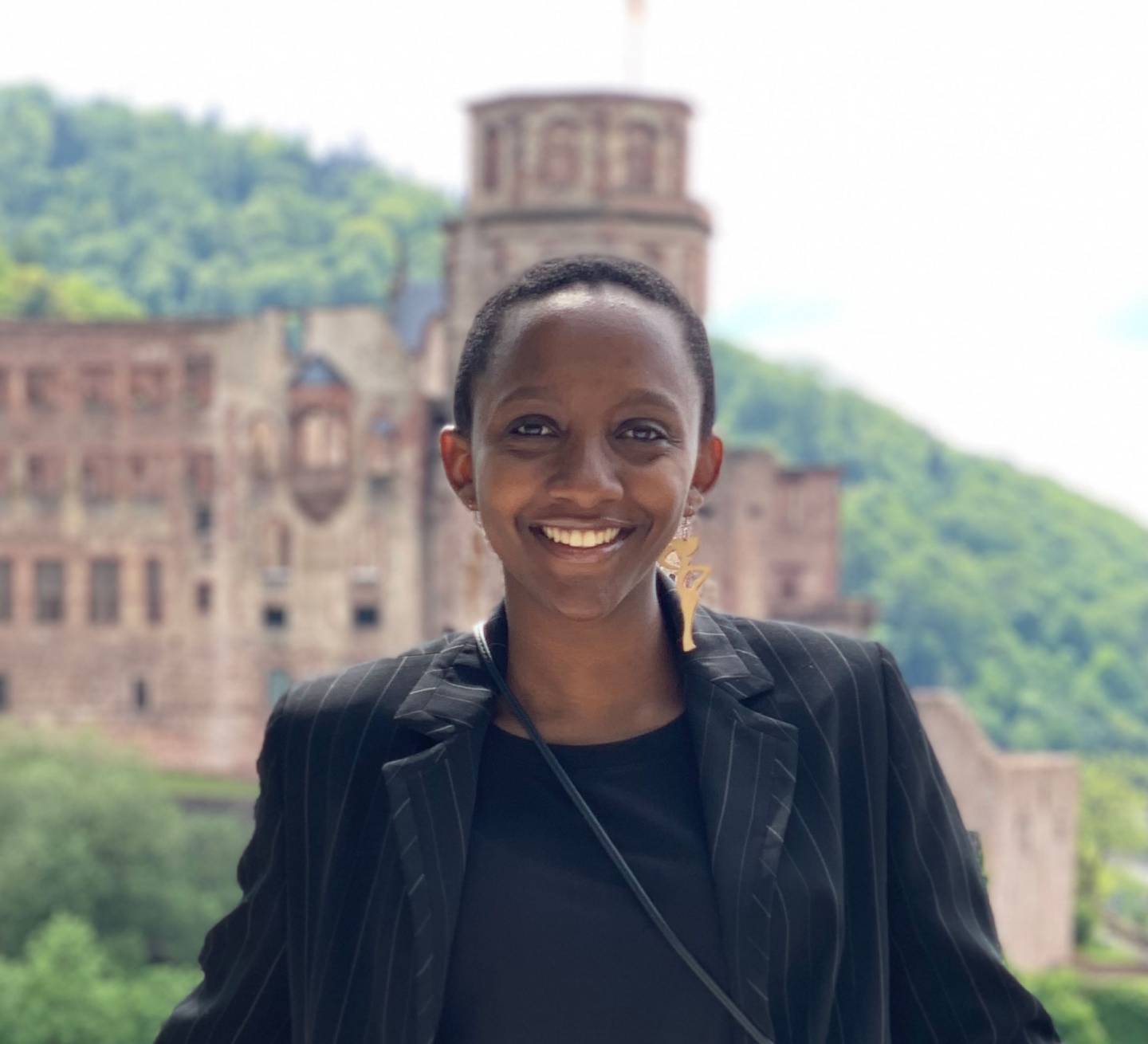 “Throughout my time at Princeton, I was reminded of the significance of an American education for a Black low-income African woman and how it could benefit my family and [me], both financially and socially,” she said. “It would provide me with access to better life opportunities, and I could, in turn, transform my community and assuage the effects of colonization, slavery, imperialism and a very recent genocide. Even with that determination, I recently had to confront the quintessential dilemma for people like me: Should I stay in the U.S. and freely grow as an individual or go back home and start to build again?”

Her Labouisse project will tell the stories of people like her, she said — people who come from low-income backgrounds but have acquired socioeconomic, ethnic and passport privileges.

“I want to explore the decisions, doubts, failures, mistakes, mishaps, losses that make us feel like we are living multiple lives at once,” she said. Kamanzi hopes to turn her interviews into a mini web series similar to the television show “Insecure” created by Issa Rae.

Kamanzi has taken courses in film history and writing at Princeton, and will partner with Iriba Art Center in Kigali, Rwanda, during her fellowship year. The organization will provide her with physical workspace, as well as research materials, as she develops her script.

“This is an ambitious project, but I have no doubt that Sarah has the skills to pull it through,” said Simon Gikandi, the Robert Schirmer Professor of English and chair of the Department of English. “Even if Sarah is just able develop a pilot project on the changing cultural landscape of young Africans in a global context, this will be a major achievement, providing a space for articulating what it means to be African in the 21st century.”

In addition to her courses in French and African studies at Princeton, Kamanzi has taken classes on development and nature conservation at the University of Namibia and Francophone studies on East Africa at the Université Paris 8 Vincennes–Saint-Denis. She has also been engaged with African entrepreneurship, setting up a start-up company with the support of two grants from the Keller Center for Innovation. At Princeton, she serves as the artistic director of the DoroBucci Dance Group, the student-led African dance ensemble. 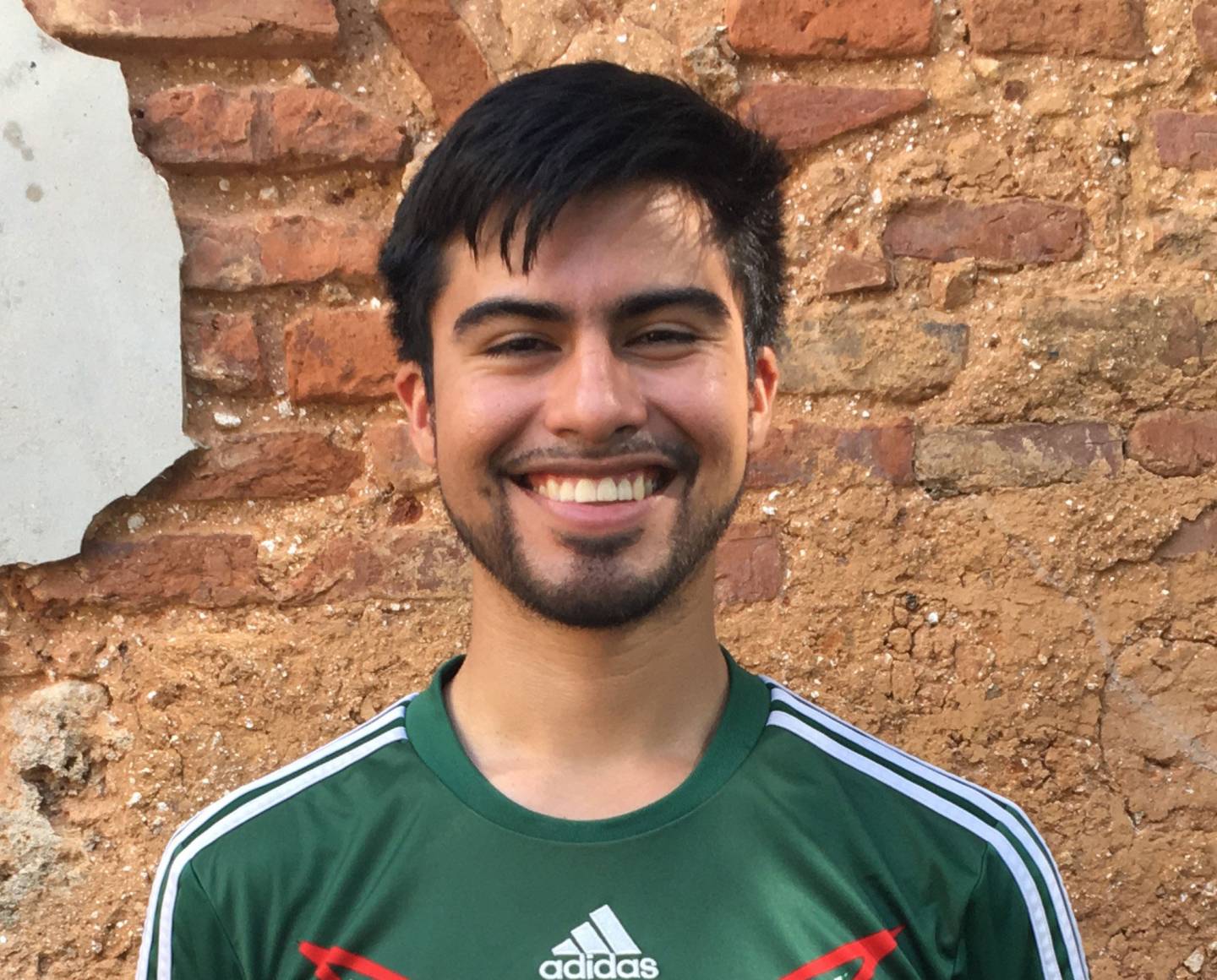 “My experience of feeling persistently hidden in plain sight as a poor, Spanish-speaking migrant of color has led me to want to understand why (and how) other populations feel similarly 'invisibilized,'” Solis said. “My desire to teach and do service among the Indigenous Nahua communities of Mexico is an attempt to further this dual academic and personal curiosity in a global context.”

With the aid of the fellowship, Solis will spend the year living within a Nahua community through an established Mexico-based program, IDIEZ, which supports native-speaking Nahuatl teachers and promotes cultural and language immersion for non-native teachers. In preparation, Solis has already begun Nahuatl studies this winter through an intensive beginners’ course offered by the institute, and will continue taking private lessons to become a proficient speaker and communicator in Nahuatl by the beginning of the project in August.

He will spend the first four months of his project in the city of Zacatecas at the IDIEZ program house, and the subsequent eight months traveling to and teaching in Nahua communities in Chicontepec, Veracruz. This teaching will include courses in both basic computational skills and introductory English. In addition to teaching, he will also be a part of the team coordinating the construction of a new community center in Chicontepec. “I believe firmly that education is critical to understanding marginalized communities, while also believing it as important to be taught as it is to teach,” he said.

“Leopoldo knows that learning a new language is more than acquiring a skill; it is also a journey into the worldviews, memory and history of other communities,” said Isadora Moura Mota, assistant professor of history. “Time in Zacatecas and Veracruz [will] give him invaluable insight as a young scholar committed to foregrounding the voices of Indigenous peoples in history.”

Solis, who is also earning a certificate in Latin American studies, is the recipient of the Mellon Mays Undergraduate Fellowship and is a Hispanic Scholarship Fund Scholar. He participated in the Novogratz Bridge Year Program and a PIIRS Global Seminar in Brazil; studied abroad at the University of La Habana in Havana, Cuba; and completed an internship through the International Internship Program in Argentina. On campus, Solis has organized with the Young Democratic Socialists of Princeton and the Princeton Committee on Palestine, and served as a tutor for the Trenton-based FUTURO program. 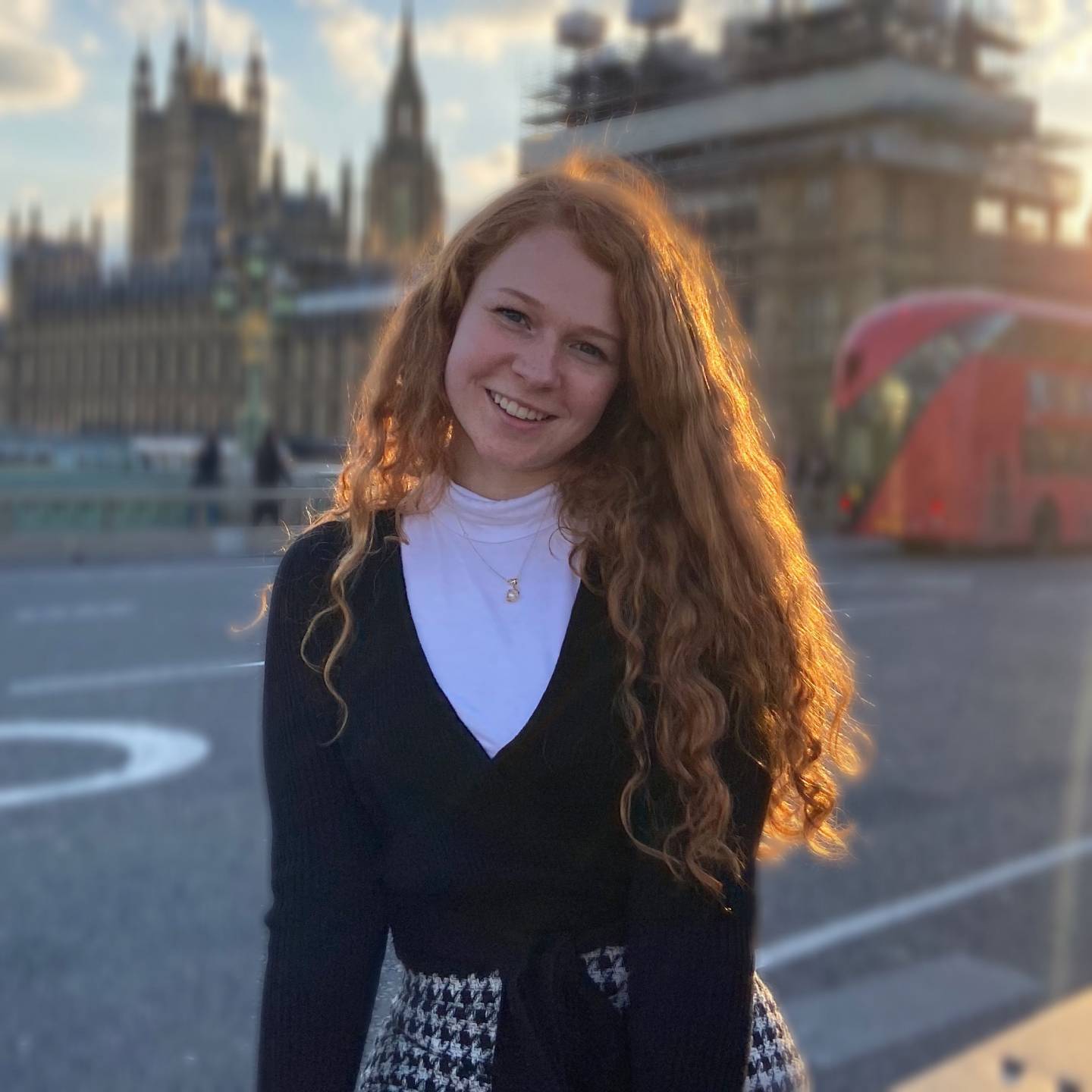 Spencer will partner with Anis: The Institute of Bioethics, Human Rights and Gender in Brasilia to aid in scaling up Anis’ initiatives to combat violence against women in Brazil, which has been further exacerbated by the COVID-19 pandemic. As a part of that project team, Spencer will help produce a major report about violence against women in Brazil that recommends evidence-based policies, legal initiatives and informational campaign strategies aimed at reducing the prevalence of gender violence and its impacts in the region.

“Because of Lydia’s previous experiences studying global health and Latin American issues, particularly within the Argentinian context, Anis sees Lydia as a potential partner in their long-term plan to extend their activities to Latin America and other developing countries,” said Marcelo Medeiros, a visiting research scholar at PIIRS, who put Spencer in contact with the Anis team after realizing how well her abilities and passions, particularly in terms of advancing women’s rights in Latin America, coincided with Anis’ mission and work.

“At the start of this initiative [Observatório da Violencia Contra a Mulher], Anis published the results of a study on femicide in Brasilia; the study found that from 2006 to 2011, one out of every three women murdered in Brasilia died as a result of gender violence (femicide),” said Spencer, who is also earning certificates in Latin American studies and linguistics. “Black women were three times more likely to be victims of femicide than white women. Moreover, for one in five victims, the state failed to offer an investigative resolution. In the case of Black victims, this failure was six times likelier. The long-term objective of this project is to reduce gender violence and seek justice for victims in Brazil, as well as to disseminate lessons to other Latin American countries.”

On campus, Spencer is a project leader and an English as a second language teacher for El Centro ESL and served as co-president of the Princeton Spanish Debate Team.