Princeton University has established a strategic partnership with the University of Tokyo that will support collaboration in research and teaching and boost interdisciplinary scholarship.

The agreement is a further example of Princeton's internationalization efforts, outlined in the 2007 "Princeton in the World" report. Princeton recently signed strategic partnerships with the University of São Paulo in Brazil and Humboldt University in Berlin. Such agreements expand upon the many institutional partnerships already in place including faculty fellowships, student exchanges and study abroad programs.

Jeremy Adelman, director of Princeton's Council for International Teaching and Research, said: "We are all very excited about this partnership. It builds on our historic strengths and opens new possibilities at the same time."

An international memorandum of understanding governs the strategic partnership with the University of Tokyo, and a joint governing committee comprised of faculty and senior staff from both institutions will seek out and review project proposals. The proposals must be reciprocal academically and geographically, with academic units from both universities participating and a flow of people to both countries.

Individual faculty initiatives will be the driving force behind the development of projects. 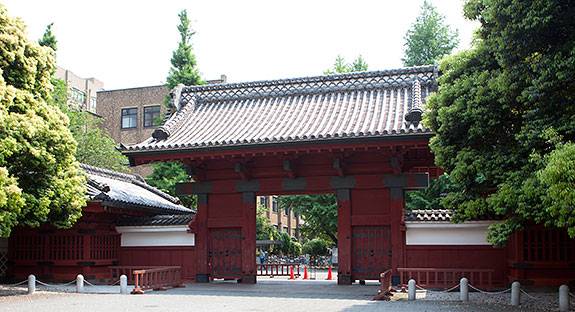 Adelman, who is also the Walter Samuel Carpenter III Professor in Spanish Civilization and Culture, said: "What makes this partnership with a world-class university — the University of Tokyo — so important for Princeton is the breadth of the collaborations. They will span so many disciplines and interdisciplinary fields, from astrophysics to international affairs, to history and literature. It is precisely this variety that makes Tokyo so compelling to us."

Masako Egawa, executive vice president of the University of Tokyo, said: "It makes me extremely happy that this memorandum of strategic partnership has been signed based upon the research collaboration in many disciplines over the years and mutual trust between the two universities.

"In particular, undergraduate student exchange is epoch-making, providing great opportunities for students at both universities. I hope that the globalization of the University of Tokyo will accelerate through this partnership," she said.

Elman, who is also chair of the Department of East Asian Studies, emphasized that the collaborations between the two universities would "benefit both parties," allowing for an exchange of scholars and students and shared access to current research as well as archival materials.

Strong student interest in contemporary Asia will greatly benefit from the partnership, Elman noted, envisioning such developments as a "rotating visiting professorship in contemporary social sciences." Language study in Japanese already is a central activity of the East Asian studies department, and a more established relationship with Tokyo will reinforce this endeavor as students bring their Japanese skills to a range of academic fields.

Graduate students regularly pursue research at the University of Tokyo over summers or one-year stays after general examinations are completed, and Elman anticipates that the partnership will "facilitate short-term visits of graduate students in the humanities at both schools."

Added Elman: "The exchange of researchers and students will help construct a platform to share ideas ... and to break new ground of scholarly dialogue and social engagement based on the rich literary holdings in Princeton's Gest Collection and in the University of Tokyo's Oriental Library."

The partnership also will help consolidate broader academic collaborations in East Asia, Elman noted, which will deepen comparative analyses that are integral to studying this region of the world and its perception in the West. Strong ties already are in place between Princeton, the University of Tokyo and Fudan University in Shanghai, which take turns to host an annual international symposium, among other initiatives.

Professor Masashi Haneda, vice president and director of the Division of International Affairs at the University of Tokyo who has worked extensively with Elman, called the partnership "excellent news." He noted: "This is the first strategic partnership for the University of Tokyo in the area of international academic exchange. We can now expect interaction in both education and research with a prestigious American university to progress rapidly."

Haneda said the partnership also provides an "excellent opportunity for me and other young researchers to be able to show to the world our research into 'world history," one of the crucial themes of the modern humanities, through Princeton. Plans have already been made to hold a workshop at Princeton later this year."

David Leheny, the Henry Wendt III '55 Professor of East Asian Studies, who teaches courses on contemporary East Asia, said he is "thrilled" about the partnership that offers access to "superb faculty across a wide number of departments and programs."

Leheny, who taught a Global Seminar at the Institute for Advanced Studies on Asia at the University of Tokyo last summer, said the "faculty and staff were uniformly welcoming and helpful." He noted that one of the most memorable occasions was being taken by Professor Jin Sato of the institute to the region devastated by the 2011 tsunami. "The students found his perspective invaluable," Leheny said.

Through the partnership, Stephen F. Teiser, the D.T. Suzuki Professor in Buddhist Studies and director of the Program in East Asian Studies, looks forward to new opportunities for the study of religion.

"The University of Tokyo has always taken seriously the study of religion in Asian cultures, and in the 21st century they are combining old and new — a creative mix that our students and faculty can benefit from immensely," Teiser said. "Through brief visits and short-term research collaborations, Princeton has long been involved in this work, but the new agreement between the two universities will allow the training of students and faculty exchange to occur at a higher level and at a sustained pace."

Noting the important geopolitical role of East Asia, Christina Davis, associate professor of politics and international affairs, said Princeton's "affiliation with the University of Tokyo as the leading university in Japan will provide a valuable connection to intellectual community and resources."

From the vantage point of the Woodrow Wilson School of Public and International Affairs, Davis said she hopes to see new opportunities for faculty exchanges. "There are several faculty at the University of Tokyo who would make valuable contributions to the Wilson School's curriculum in politics and economics," she said.  In turn, she is hoping to spend a semester at the University of Tokyo.

Kiichi Fujiwara, professor of international politics and director of the Security Studies Unit at the Policy Alternative Research Institute at the University of Tokyo echoed Davis' expectations: "I am thrilled of our new partnership," he said. "We have already enjoyed the privilege of cooperation with Princeton University in the field of international studies; now we can jointly educate not only graduate but also undergraduate students. I trust this to be exactly the kind of initiative that our students have been looking for."

David Spergel, the Charles A. Young Professor of Astronomy on the Class of 1897 Foundation and chair of the Department of Astrophysical Sciences, said the partnership with the University of Tokyo will "deepen our already strong links with faculty and students."

Spergel noted that Yasushi Suto, a "leading Japanese cosmologist" and professor at the University of Tokyo, has visited Princeton as a Global Scholar hosted by the astrophysical sciences department. Currently, the department is hosting three postdoctoral researchers sponsored by the Japan Society of the Promotion of Science. Further, two undergraduates studying astrophysical sciences spent the summer at the University of Tokyo and are continuing their projects as senior theses.

Spergel pointed to two major projects already well established between the two institutions. One is SEEDS, "a search for planets around nearby stars," which uses the Subaru Telescope in Hawaii. Another is SUMIRE, "an imaging and lensing survey that aims to characterize dark energy and galaxy formation," he said.

Dean of the Graduate School of Science at the University of Tokyo, Hiroaki Aihara, noted that the two universities also have supported the Observational Cosmology Project being run at the Kavli Institute for the Physics and Mathematics of the Universe over the past six years. The strategic partnership, Aihara said, will enable this and new opportunities to grow.

"This strategic partnership will strengthen the collaboration that has been built in the many fields including physics and astronomy and make it possible for more exchanges of students and faculties to take place," he said.