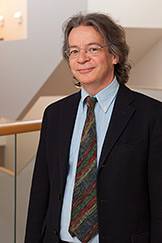 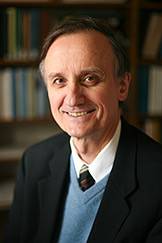 Burnham, the Scheide Professor of Music History, has been a Princeton faculty member since 1989. He is known as a musicologist with a gift for writing. His most influential books include "Mozart's Grace," published by Princeton University Press last year; "Beethoven and His World"; "Beethoven Hero"; and "Sounding Values," which features essays on mainstream Western music, music theory aesthetics and criticism. Burnham is also the author of dozens of articles about the importance of music, and he regularly gives public lectures, often before music concerts.

His honors include a John Simon Guggenheim Memorial Foundation Fellowship, a National Humanities Center Fellowship, the Wallace Berry Award for outstanding book in music theory for "Beethoven Hero," and a National Endowment for the Humanities Fellowship for University Teachers.

In nominating Burnham for the Behrman Award, a colleague wrote: "He has, over the past 25 years, changed the fields of musicology and music theory, has illuminated great works of art with his own artful prose, and has become the embodiment of musical insight for Princeton University students and the broader Princeton community."

Another colleague wrote: "Anyone who has watched, and heard, Scott lecture on 18th- and 19th-century music knows that he has a talent for celebrating the complexity of the work at hand as he somehow erases his own ego. Faculty and students alike come to feel that the work is at once completely accessible and beautifully mysterious."

Schäfer, the Ronald O. Perelman Professor of Jewish Studies and professor of religion, has been a Princeton faculty member since 1998. He has served as the director of the Program in Judaic Studies since 2005. Schäfer is a prominent scholar of rabbinic Judaism and early Jewish mysticism who has deeply influenced Jewish studies in Germany, Israel and the United States.

Schäfer's books and articles have shaped the scholarship of key areas in the field. He has focused on the hekhalot texts, the literature of early Jewish mysticism, as well as rabbinic thought, allowing scholars to gain a better understanding of ancient manuscripts, including the Jerusalem Talmud. More recently, he has studied the relationship between the rabbis and Christianity, explored in his books "Jesus in the Talmud" and "The Jewish Jesus." He also has written about ancient anti-Semitism and the feminine aspects of God in Jewish texts from the Bible to the early Middle Ages, among other topics.

Schäfer also is known for his work organizing conferences at Princeton and around the world, and he has shared his insights through visiting faculty positions. He has received numerous honors. He is a corresponding fellow of the British Academy, a fellow of the Berlin-Brandenburg Academy of Sciences, a foreign member of the American Philosophical Society and a fellow of the American Academy for Jewish Research. His awards include the Leibniz Prize and the Andrew W. Mellon Distinguished Achievement Award, and he was a Visiting Mellon Professor at the Institute for Advanced Study.

In nominating Schäfer for the Behrman Award, a colleague noted Schäfer's "exceptionally wide-ranging" scholarly interests and wrote: "At Princeton we have the privilege of working with many scholars who have had a major impact on their fields. But there are very few who have changed the face of a discipline as Peter Schäfer has."