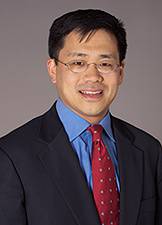 David S. Lee, professor of economics and public affairs and the director of the Industrial Relations Section at Princeton University, will become provost effective July 1.

Lee's appointment was announced June 5 by Christopher L. Eisgruber, who has been provost since 2004 and will become the 20th president of the University on July 1.

"I am delighted that David Lee has agreed to serve as Princeton's next provost," President-elect Eisgruber said. "He is an outstanding scholar whose experiences as both a student and a faculty member at Princeton have given him a deep appreciation for the defining values of this University.

"I have had the opportunity to collaborate with Dave on several occasions during my own time as provost, and he has invariably impressed me with his good judgment, his administrative skill and his generous collegiality. He will be a superb provost.  I look forward to working closely with him in the years to come."

As provost, Lee will be the University's chief academic and chief budgetary officer, responsible for long-range planning and for the coordination of the administrative and support functions of the University with its academic purposes.

"When I returned to Princeton as a faculty member, I had little else on my mind except research, teaching and advising," Lee said. "After a series of conversations with President-elect Eisgruber about the role of the provost at Princeton in the context of the broader mission of the University, I came to realize that serving in this role would be a fantastic way in which to serve Princeton, and I am very excited to take on the challenge."

Lee has been director since 2009 of the Industrial Relations Section, an academic unit that promotes research and training in labor economics. The section supports the collection of library materials and data for industrial relations and labor economics research, and it brings in scholars from around the world to present their findings and exchange ideas with faculty and graduate students.

Lee's own research interests are primarily in the areas of labor economics and econometrics. He has examined income inequality in the United States, particularly the role of the minimum wage, and has worked on developing quasi-experimental methods for analyzing aspects of the labor market ranging from the impacts of unions, and job training and unemployment insurance programs. He has published in many journals in his field.

"Princeton is a special place where I have been given so much, starting with when I came here for my Ph.D.," he said. "Ever since returning to Princeton as a faculty member, I have been continually inspired by my colleagues' scholarly achievements, their dedication to Princeton and its mission, as well as their service to the nation.

"In my discussions with President-elect Eisgruber, it became clear to me that serving as provost would be a wonderful opportunity to pay forward all that which has been given to me, by working with an outstanding administrative team to ultimately help attract a world-class faculty and student body, and then to support them in achieving their fullest potential."

Lee is married to Christina Lee, also a Princeton Ph.D. and an associate research scholar in the Department of Spanish and Portuguese Languages and Cultures. They have a daughter and a newborn son.

Lee said in taking up his new duties he will first focus on learning as much as he can about the University as a whole and on understanding "the inner workings of how the administration helps make this University be as successful as it has been."

"I then look forward in the coming years to being part of a team that successfully implements and completes the larger initiatives that have already been put in motion, as well as making Chris' vision for Princeton a reality," he said.