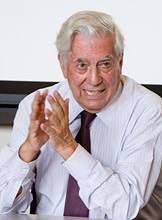 Peruvian novelist Mario Vargas Llosa, who won the Nobel Prize for Literature in 2010 while teaching at Princeton, has returned to teach a new course about his works and share his insights with the broader campus community.

In fall 2010, the Peruvian novelist Mario Vargas Llosa was teaching at Princeton when he was awarded the Nobel Prize in Literature. Three years later, he has returned to the University to share his insights about writing with a new group of students as well as the broader campus community.

Vargas Llosa has strong ties to Princeton; his literary papers are housed in Firestone Library and he first came to Princeton to teach in 1992. 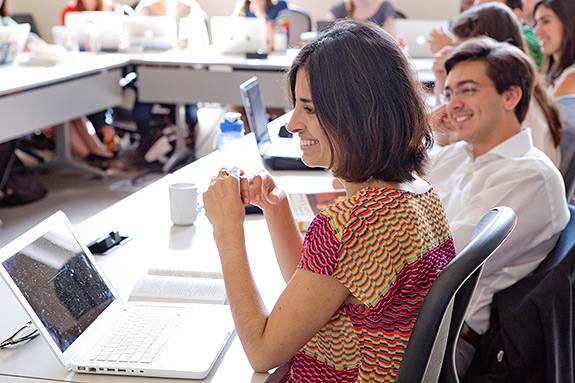 Senior Iara Guzman, a native of Bolivia and a politics major who is also pursuing a certificate in Latin American Studies, laughs during one of the many lighthearted moments when Vargas Llosa showed his infectious sense of humor and warm personality.

This semester, Vargas Llosa is co-teaching a course on his own writings, "The Literary Works of Mario Vargas Llosa in Their Artistic, Intellectual and Political Contexts," with Efraín Kristal, a visiting professor of comparative literature and the Program in Latin American studies.

At 6 p.m. Tuesday, Oct. 8, Vargas Llosa will discuss "Politics and Culture in Latin America" in conversation with Enrique Krauze, a visiting research scholar and lecturer in the Program in Latin American Studies, in McCosh Hall, Room 50. The event is part of Princeton's Public Lectures Series.

Vargas Llosa reflected on his return to Princeton, life after the Nobel and his creative process.

I like Princeton's beautiful campus — it is a wonderful place for teaching and intellectual work. Princeton students are very hardworking, very committed and very interested in the courses I have taught. I like that the classes are small, which permits all the students to participate in an intensive way in the discussion. And also, of course, I like the library — it is fantastic!

When you came to class after winning the Nobel Prize, what did you tell the students that day?

I explained to the students that it came as a complete surprise. I was practically convinced that this award was not for me. I said I was deeply moved because the Nobel Prize is a very important recognition of your work and also an award that has an enormous repercussive effect on your books. I told them I was curious about what would happen. 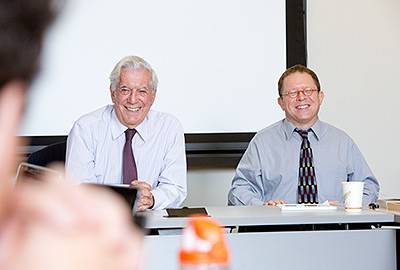 How has winning the Nobel Prize affected your life and work?

I didn't know that winning the Nobel Prize has a kind of fairy tale beginning and then becomes very complicated. You can't imagine the pressure you receive to go to literary festivals, to go to lectures, to universities, to promote your books all over the world. Since then I've had to defend my time against these obligations. In order to work, you need solitude, discipline, a kind of isolation. It's very difficult to get that isolation, particularly the first year after the prize. Now it's much better, fortunately.

My life has been deeply affected but I don't think my work has changed much because of the award. I was already a writer with a certain orientation, with certain themes, subjects, a certain way of writing. I have kept working as before with the same discipline, with the same insecurity.

The course you are teaching is about your writings. How does this differ from classes you have taught which focused on other writers?

This is a very different kind of course. I cannot be neutral or impersonal about the books. On the contrary, I give a personal, subjective, very private testimony of the way in which these works were conceived, how I used my personal experiences as raw material for my novels. I explain how characters took shape. I describe the building of this fiction from the point of view of the author. I try to answer any questions the students have from reading my novels.

We explore the relationship between fiction and reality: What kind of information can fiction provide about social, political and economic problems? Can we illuminate these problems through fiction or does fiction produce a kind of confusion about real problems? 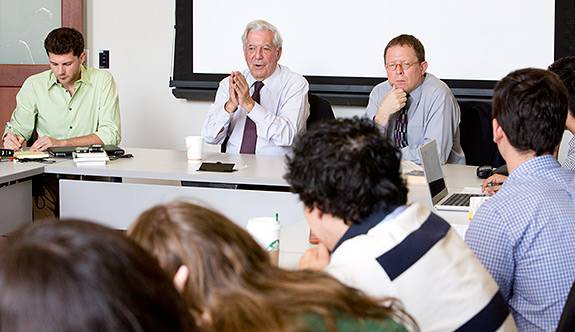 Vargas Llosa responds to students' questions about his creative process.

What do you hope students will take away from this class?

My hope is that the students will have a better idea of the way fiction is born and the way in which fiction is a kind of mélange of fantasy, imagination, inventiveness and objective experiences — personal as well as social and political. I hope they will discover if it is possible to establish a limitation of the borders between fiction and reality. That permits us to have an idea of what literature is and what history is, and the kind of imaginary vision that literature provides about concrete reality.

Your novels span history, politics and religion as well as embrace suspense, tragedy and comedy. What inspires your writing?

In some cases, personal experiences, and sometimes a historical or social fact. It may be something that happened in the past but is still looming in the present. When I have written novels based in history I have tried to write about its consequences, the effects on the present. 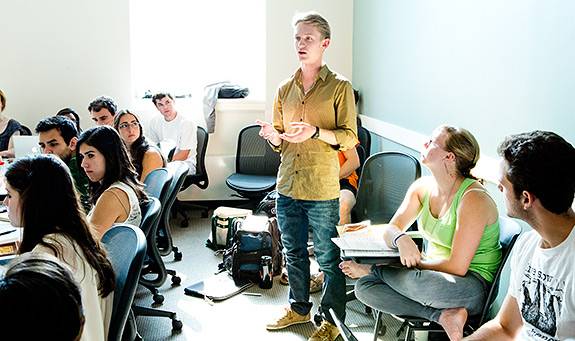 What is your creative process? Do you have a writing routine?

My schedule is very strict. I work in the morning at home; these are the most creative hours of the day. In New York, I walk in Central Park every morning. I love Central Park, particularly in autumn — the colors, the trees, it's beautiful. In the afternoons I like to work in the New York Public Library — I do writing, reading and re-reading, and corrections. In the evening I go to the cinema or concerts. I like classical music very much. My favorite composer is Mahler — I like all his symphonies, but if I had to choose a favorite it would be the Symphony No. 2, the "Resurrection" symphony.

What are you working on?

I am working on a play, an adaptation of a classical work of Italian literature, "The Decameron" by Boccaccio. It's a very difficult adaptation.

What are you reading?

I am reading a lot about Boccaccio's times, about life in Florence in early the Renaissance and late Middle Ages. I always have so many books waiting to be read; I enjoy reading so much. I am currently reading "Making History," by John Elliott, a British historian and retired professor from Oxford University who has written extensively about Spain. 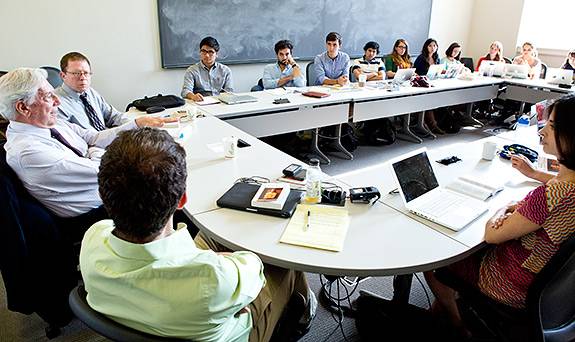 Vargas Llosa, who is teaching for the third time at the University, says he enjoys teaching here because the "classes are small, which permits all the students to participate in an intensive way."