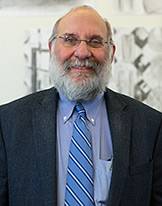 David Dobkin, who has served as dean of the faculty at Princeton University since 2003, has announced that he will step down from this position on June 30 and will return to the faculty.

Dobkin, the Phillip Y. Goldman '86 Professor in Computer Science, said the most rewarding part of his job has been working with "our excellent faculty" and that the most enjoyable part of being dean of the faculty "has been the opportunities to be educated by Princeton's faculty about the intellectual work about which they are most passionate." Often this took place at small informal lunches around his conference table where faculty met and discovered intellectual synergies. "It will be hard to leave all this," he said, "but I look forward to continuing these associations as a regular faculty member.

Princeton President Christopher L. Eisgruber said: "David Dobkin has had a brilliant tenure in Nassau Hall, and he will undoubtedly be remembered as one of the great deans in Princeton's long history. David has excelled as a mentor to department chairs, as a recruiter and as an advocate for the University's faculty. He understands the culture of every academic department, and he is beloved throughout our community. Finding his successor will be both an important task and a difficult challenge."

The dean of the faculty has administrative oversight of the departments and programs of instruction and is responsible for all such matters as pertain to the effectiveness and well-being of the faculty, and the professional research, specialist and library staffs. The dean is a member of the president's cabinet and the academic planning group, works with the president and provost on academic initiatives, and serves as secretary to the trustees Academic Affairs Committee. He also serves as secretary of the Faculty Advisory Committee on Appointments and Advancements and the Faculty Advisory Committee on Policy, and is an ex officio member of a number of other committees.

In helping faculty thrive at Princeton, Dobkin highlighted some key achievements of which he is most proud:

• The faculty recruited during his tenure as dean

• Strides made toward diversifying the faculty

• Initiating an enhanced retirement plan to provide Princeton with positions from which to revitalize the faculty.

A faculty member since 1981, Dobkin chaired the computer science department from 1994 to 2003. After stepping down as dean, he will be on sabbatical for a year and use that time, he said, to "decompress and to try and grasp some of the developments that have taken place in computer science during my time as dean — 11 years is more than a lifetime in a fast-moving field."

While dean of the faculty, Dobkin maintained his connection with students by occasionally teaching courses such as  "Information Technology and Public Policy" co-taught with sociologist Paul DiMaggio. He said he now is "looking forward to having time to be more engaged with students on my return to the faculty."

During his career, Dobkin has held numerous professional roles. A fellow of the Association of Computing Machinery, he has been awarded a Guggenheim fellowship and a Fulbright grant. He has served as a member of the Sloan Research Fellowship Committee for Computer Science and has been a visiting researcher at companies such as Bell Labs, AT&T Research and Xerox. He also has been an adviser to the governments of Denmark, Israel and Singapore. The author of numerous papers, Dobkin is a member of the editorial boards of several professional journals.

Dobkin earned his bachelor's degree from the Massachusetts Institute of Technology and his Ph.D. from Harvard University.

Visitors to Dobkin's office in Nassau Hall soon become aware of another of his passions: collecting. A self-identified amateur artist, Dobkin gathers objects from daily life, such as snow globes and pennies. An exhibition of his work, titled "Myself, I Think We Should Keep Collecting Titles," was held at the Lewis Center for the Arts in the fall. He also has "photo blogged" his life as dean, in particular taking pictures of the many people he has met in his job.

"Most of the contents of 9 Nassau Hall will move back to Computer Science with me," he said, stipulating, however, that the "pennies are a work of art and need a more significant home."