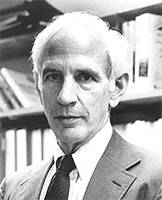 Former colleagues and students of the Woodrow Wilson School of Public and International Affairs remembered Ullman, who was on the Princeton faculty from 1965 until 2001 and became an emeritus professor in 2002, for his influence as a progressive commentator on U.S. foreign policy and world affairs. He was also known for his mentorship of generations of students and as a prolific scholar in the field of international security.

After he received his doctorate from the University of Oxford, where he had studied as a Rhodes Scholar, Ullman's thesis on British-Soviet relations from 1917 to 1921 was published as a trilogy, launching his academic career. His work caught the eye of George Kennan, an American adviser and diplomat and a key figure in the emergence of the Cold War who mentored Ullman at Oxford.

Throughout his career, Ullman published hundreds of academic papers on foreign policy and became well known for helping to broaden the scope and concept of security. Ullman was among those who helped to compile the Pentagon Papers and served in many governmental and academic positions.

His most prominent academic article, published in 1989 in the journal Foreign Policy, revealed how the French Nuclear Force secretly collaborated with Americans to develop nuclear weapons. It was a "bombshell discovery" in the field, colleagues said.

Ullman served on The New York Times editorial board from 1977 to 1978 and also was editor of Foreign Policy from 1978 to 1980. Throughout his career, he was a trusted source for the media and was often consulted by journalists.

"Dick was a dogged investigator who wasn't deterred by barriers. He was just smarter than other people, more astute and sensitive to what was going on in the world," said Stanley Katz, a close friend of Ullman and a lecturer with the rank of professor in public and international affairs at the Wilson School and director of the University's Center for Arts and Cultural Policy Studies.

Ullman educated generations of students, many of whom have guided U.S. foreign policy for both Democratic and Republication presidents. He was a major player at the intersection of academics and foreign policy, and his connections to diplomats and government officials were only enhanced by his work at Princeton. Among those he mentored include Anne-Marie Slaughter, the Bert G. Kerstetter '66 University Professor of Politics and International Affairs, Emerita, at the Wilson School; David Petraeus, former U.S. Army general; the late Richard Holbrooke, an American diplomat; Pete Dawkins, former U.S. Army general and a Heisman Trophy winner; and U.S. Trade Representative Michael Froman.

"Dick Ullman was an extraordinary professor, scholar and mentor," said Petraeus. "He truly went 'above and beyond' in giving time, feedback and guidance to his students, often at the expense of his own endeavors. I know many who feel that Dick was the key ingredient to their earning a Ph.D., in particular. That certainly was true in my case, and I will always remember him with great respect, enormous gratitude and sincere friendship."

"In 2003, the Wilson School honored Ullman at a celebratory dinner. Almost a hundred of his colleagues, students, family and friends attended to celebrate and honor his life of scholarship, public service, teaching, mentoring and leadership on America's role in the world," said Slaughter. "Dick was one of the nation's foremost foreign policy thinkers and his ideas will live on in many ways. But his true legacy is all the lives he touched and shaped, spurring us all to think a little deeper, question a little harder and reach a little higher."

In a book published in 2001 titled, "The Real and the Ideal: Essays on International Relations in Honor of Richard H. Ullman," Princeton alumni Anthony Lake, David Ochmanek and Scott Vesel wrote in the introduction: "Dick is not only a friend to us. He is a friend to ideas — and the difference that ideas can make in a world about which he cares with a genuine if gentle passion. … We remain his students because of the way he taught and teaches."

"Generations of graduates and readers know just how important Richard Ullman was to the country and to those of us who worked with him, admired him and loved him," said Leslie Gelb, president emeritus at the Council of Foreign Relations and a former student of Ullman's at Harvard University. "Some of our country's best foreign policy experts and government officials learned their ways in his classroom at Princeton."

Ullman has also made significant contributions to the Wilson School, of which he was an active, vibrant member, including serving as acting dean in 1969 and associate dean from 1968 to 1971.

"Dick has left behind a rich legacy of prominent foreign policy contributions," said Wilson School Dean Cecilia Rouse. "His academic work, which is both poignant and thoughtful, will continue to guide our students and faculty in foreign affairs and international security for years to come."

"Dick was able to truly follow one of the missions of the Wilson School by influencing some of the folks who were already emerging players in public affairs who come to the school to complete their academic training. They were most likely to talk to Dick Ullman. That's why he was so important," said Katz.

Ullman was born in Baltimore, Md., and grew up in San Antonio, Texas. He earned his A.B. from Harvard in 1955, where he served as editorial page editor of The Harvard Crimson. He graduated with a B. Phil. and D. Phil. from Oxford University in 1957 and 1960, respectively. He taught at Harvard before coming to Princeton.

A celebration of Ullman's life will be held at 2 p.m., June 8, at Richardson Auditorium, Alexander Hall.