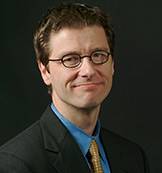 Washington Post investigative reporter Joe Stephens has been named the second Ferris Professor in Residence at Princeton. He will begin a five-year teaching appointment in the journalism program of the Council of the Humanities in fall 2014.

A three-time winner of the George Polk Award and a three-time finalist for the Pulitzer Prize, Stephens joined The Washington Post in 1999. One of his best-known investigative projects is "The Body Hunters," about pharmaceutical companies testing drugs on people in the developing world. He has also written about presidential elections, atrocities in Abu Ghraib, Afghanistan, the war on terrorism and political corruption.

"Joe is a pathbreaking journalist whose stories have profound public impact," said Kathleen Crown, executive director of the Council of the Humanities. "He brings a strong commitment to journalism as public service, and he is an inspiring teacher, dedicated to training a new generation of journalists in an increasingly digital, global and data-driven world."

The Council of the Humanities created the position of Ferris Professor in Residence in 2007 to bring to Princeton an eminent journalist who teaches and participates in the intellectual life of the campus. The position is funded by a gift from Edwin F. Ferris, an 1899 alumnus, which established Princeton's journalism program in 1964. In addition to this appointment, the program brings eight or nine highly regarded journalists in the field each year to teach seminars on topics including international news, audio journalism, and politics and the media.

"I am thrilled to have an opportunity to work with some of the most amazing students on the planet," said Stephens, who first came to Princeton in 2012 as a visiting journalist to teach the seminar "Investigative Reporting."

"It's humbling to be offered the chance to engage with and learn from Princeton students and faculty and to help influence journalism's course at a decisive point in its history," said Stephens, who will continue to write for The Washington Post while at Princeton. "The future of journalism will be determined in places like Princeton."

Stephens succeeds the inaugural Ferris Professor in Residence, Evan Thomas, the former Newsweek editor and presidential biographer. He taught on topics spanning politics and long-form journalism. He also established and hosted the Walter Lord ('39) Society, a dining group for students to discuss politics, public events and life at Princeton with guest speakers.