Princeton graduate alumnus George Will, a Pulitzer Prize-winning columnist and author, has been selected as the speaker for the University’s 2019 Baccalaureate ceremony. 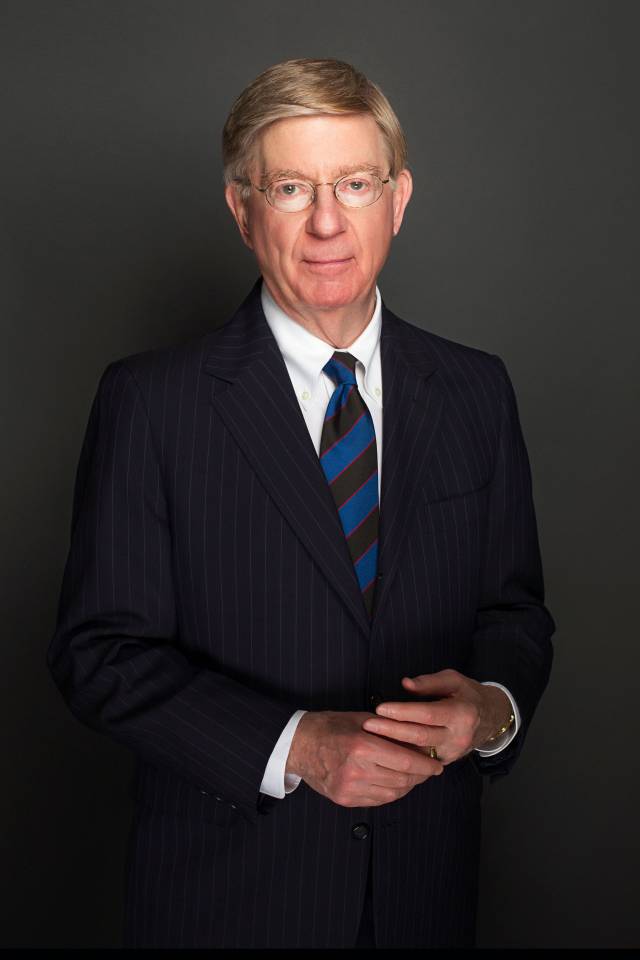 Photo by Victoria Will

Baccalaureate, an end-of-year interfaith service that is one of Princeton’s oldest traditions, is scheduled for 2 p.m. Sunday, June 2.

The speaker was selected by the Committee on Honorary Degrees and approved by the Board of Trustees.

"This year, it is my pleasure to welcome George F. Will *68 back to Princeton’s campus as the Baccalaureate speaker to the Class of 2019," said Chris Umanzor, president of the senior class. "In many ways, Dr. Will’s prodigious career as a journalist reflects one of the qualities that I admire most in my class: the inclination to speak up and ask critical, oftentimes provocative questions. Such an attribute, though difficult to wield, is one of manifest importance, and one which Dr. Will exhibits masterfully in his groundbreaking coverage of everything from baseball to politics. With his vigorous devotion to facts, outstanding collection of experiences, and powerful lexicon to match, I am truly thrilled to hear what kind words Dr. Will is willing to share with us come spring, particularly as we prepare to embark on extraordinary adventures of our own."

Will earned a Ph.D. in politics from Princeton in 1968 after studying at Trinity College in Hartford, Connecticut, and at the University of Oxford.

Will’s twice-weekly column on politics and domestic and foreign affairs has been syndicated by The Washington Post since 1974. Today it appears in more than 440 newspapers. Will also is a regular television contributor to MSNBC and NBC News.

In 1977, Will won a Pulitzer Prize for commentary, and, along with many other honors, in 1997 was named among the 25 most influential Washington journalists by the National Journal. In 1976, he became a regular contributing editor of Newsweek magazine and wrote a bimonthly essay until 2011. From 1973-76, he was the Washington editor of National Review magazine.

Eight collections of Will’s columns have been published. Will’s most recent work, “The Conservative Sensibility,” is forthcoming in June. He has published three books on political theory. He also has written extensively on baseball. Will’s 1990 book, “Men at Work: The Craft of Baseball,” was a New York Times bestseller. In 2014, he published his most recent book on the sport, “A Nice Little Place on the North Side: Wrigley Field at One Hundred.” In 2000, Will was a member of the Major League Baseball Commissioner’s Blue Ribbon Panel on Baseball Economics.

Will’s service to Princeton is extensive. He was a trustee from 2009 to 2013. A life member of the Association of Princeton Graduate Alumni, he has served on numerous University panels and was the 1992 Madison Medal winner. In 2012, he spoke at the Hooding ceremony for advanced degree recipients.

This spring, Will is teaching the freshman seminar "Varieties of American Conservatism" at Princeton. He also has taught political philosophy at Michigan State University, the University of Toronto and Harvard University. He was a staff member in the United States Senate from 1970 to 1972.