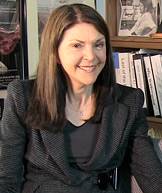 Sandra Bermann, the Cotsen Professor of the Humanities and a professor of comparative literature, is one of several faculty members across many disciplines who share their expertise and passion for Shakespeare with Princeton students.

At Princeton University, the enduring works of Shakespeare have made an indelible impact on generations of students. In honor of the Bard's 450th birthday that is being celebrated on April 23, this video shows some of the ways in which Shakespeare's timeless embrace of the human condition continues to inspire students.

Take a journey both on and off campus with:

In her classes, Bermann emphasizes the way written Shakespeare and spoken Shakespeare go hand in hand. "Reading Shakespeare is an experience of broadening oneself and ones' understanding, and that happens every time we pick up a page of Shakespeare's work," said Bermann. "It leads me in the classroom to always make sure our students read it aloud."

This video captures some of the ways in which Shakespeare's timeless embrace of the human condition continues to inspire students. (Video by Nick Barberio, Office of Communications)

The arts at Princeton: a Tumblr blog