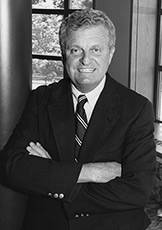 Paul Sigmund, a Princeton University scholar of political theory and Latin American politics, died at the University Medical Center of Princeton at Plainsboro on Sunday, April 27. He was 85 and died from complications of pneumonia, his family said.

Sigmund, a professor of politics emeritus, joined the faculty in 1963 and transferred to emeritus status in 2005. He helped establish the Program in Latin American Studies and was its director for seven years. "We've lost a great colleague and an inspiring scholar and teacher," said Jeremy Adelman, the Walter Samuel Carpenter III Professor in Spanish Civilization and Culture and a professor of history.

Rubén Gallo, director of the Program in Latin American Studies, said Sigmund was "a pillar" of the program and remained active there until last fall.

"I was always impressed by the elegance and lucidity of his comments: whether he was responding to Mario Vargas Llosa or talking to a student, his careful, insightful ideas embodied the ideals of Princeton's motto — 'In the Nation's Service and in the Service of All Nations,'" said Gallo, who is also a professor of Spanish and Portuguese languages and cultures.

Sigmund wrote, edited or translated 19 books. His books include "Nicholas of Cusa and Medieval Political Thought," "The Overthrow of Allende and the Politics of Chile, 1964-76," and "Liberation Theology at the Crossroads: Democracy or Revolution?" As editor and translator, his works include "The Ideologies of the Developing Nations," "St. Thomas Aquinas on Ethics and Politics," and "The Selected Political Writings of John Locke." His works on Latin America focus on income inequality, multinationals and the military.

"He was one of America's seasoned observers of Latin American political development going back to the early 1960s," said Adelman, who is also director of the Council for International Teaching and Research. "He had a very distinctive voice in understanding not just what was happening south of border but understanding what was shaping U.S. relations with Latin America."

"I think the thing that was most special and important to him were his students," said Stephen Sigmund, one of his three sons. "The thing we've all been thinking about and talking about in the past few days was how much his life was shaped by teaching and being part of the University community and teaching generations of students."

One of those students was Ignacio Walker, today a senator in Chile and president of the Christian Democratic Party there. In 1982, the 26-year-old Walker and his family left Chile — then under dictator Augusto Pinochet — to study at Princeton.

"It was like moving from hell to paradise," Walker said. "There was Professor Paul Sigmund — a lifelong friend of Chile and Latin America — to give us a warm welcome. He received us with a mattress and a bicycle in one of the Butler apartments. We became friends for life."

Walker, who earned his Ph.D. in politics in 1989, recently published a book, "Democracy in Latin America," that he said traces its roots to conversations with Sigmund and others at the University.

"Paul Sigmund was such a wonderful and enthusiastic professor," Walker said.

Sigmund served on the boards of Georgetown and the Carnegie Council for Ethics in International Affairs and was a member of the Council on Foreign Relations. In 2001, he was the first American to receive the Bernardo O'Higgins Order of Merit, awarded by the Chilean government for outstanding accomplishment.

Long after his retirement, Sigmund regularly attended lectures, seminars and other events at Princeton. Those events became fodder for regular dinners with George Kateb, the William Nelson Cromwell Professor of Politics Emeritus.

"We would talk over what was said by us, by others and, of course, by the speakers. That was the intellectual food for our dinner," Kateb said. "We had a real personal and intellectual bond, and seeing him for dinner was one of the things that really mattered to me."

Stephen Sigmund said his father was always a teacher and a learner.

"He had one of the finest minds I've ever known, but he never talked down to people," Stephen Sigmund said. "He just wanted to connect with them and teach them."

Away from his work, Stephen Sigmund said, his father cherished his family and friends and enjoyed classical music and spending time at the beach. A devout Catholic, he had long relationships with the Aquinas Institute and St. Paul Catholic Church in Princeton.

Visitation will be held from 6 p.m. to 9 p.m. Thursday at Stuart Country Day School. A funeral mass will be said at 1:30 p.m. Friday, May 2, in the University Chapel, followed by a reception at Prospect House. Burial will be at Princeton Cemetery.

The family requests that in lieu of flowers, donations be made in Sigmund's honor to Hands Together, an education and development organization in Haiti.