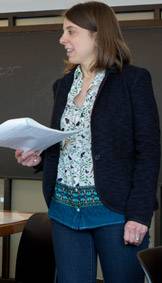 Mariangela Lisanti, an assistant professor of physics at Princeton University, studies big questions such as what the universe is made of. Her research includes theoretical studies of dark matter, the invisible "stuff" that makes up most of the matter in the universe.

Mariangela Lisanti's science career started in high school in Connecticut when she cold-called physics professors asking for the chance to do research in their labs. Her persistence and enthusiasm paid off, and her work led her in 2002 to be named one of MIT Tech Review's "top innovators under 35" — at only 18 years old.

In 2013, Lisanti joined the Princeton faculty as an assistant professor of physics, following a three-year stint as an associate research scholar in the Princeton Center for Theoretical Science. She is a graduate of Harvard University and holds a Ph.D. from Stanford University.

Lisanti's passion is dark matter — the invisible "stuff" that makes up the vast majority of the matter in the universe. Identified indirectly through its gravitational effects on regular matter, dark matter has never been detected in a lab and researchers do not know exactly what it is made of.

In high school, I had an amazing physics teacher and I decided that I wanted to work on a research project. I started calling some of the nearby universities to see if I could work in a lab. Most of the people I called said "no," but there was one professor at Yale University, Mark Reed, who called me back and was willing to take me on as an intern. It was a transformative experience. It was the first time that I'd been in a lab in a university and it was then that I realized that I could do this as a career.

What is the goal of your research?

My work involves trying to understand the nature of dark matter. Our picture of how the universe works, which we call "the standard model of particle physics," isn't complete. The standard model has been around since the 1970s, and things seem to be falling into place, including the discovery of the Higgs boson in 2012. But when we look at astrophysical measurements, what we find is that the matter that we can see constitutes only 15 percent of what we think should be there. That is a really strong clue that we are missing something pretty huge. 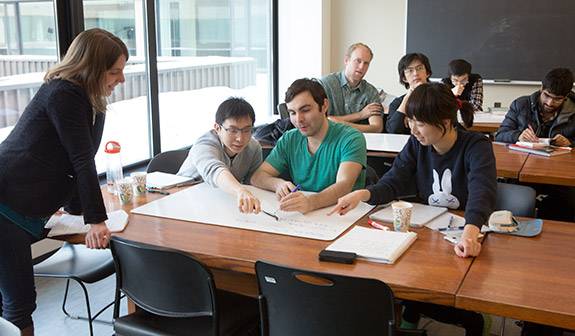 Lisanti teaches a graduate level course on high-energy physics, in which students explore theory and experiments such as the Large Hadron Collider, which detected the Higgs particle.

What made you decide to study dark matter?

During high school, I worked in an area of physics called condensed matter, which deals with the basic properties of matter. At Harvard, I continued to do research along similar lines. Research was a big part of my life and how I spent my free time. My lab group was like a second family to me.

As a graduate student at Stanford, I discovered that I really liked working in the area of physics known as high-energy physics, which deals with questions about the particles that make up the universe. The scientists would talk about fundamental questions, and people would gather in each other's offices to brainstorm, and you could come up with crazy ideas that you could throw onto the chalkboard and discuss with your colleagues. It was a place where you could think about topics with really huge implications.

How are you trying to address the question of dark matter?

Dark matter particles interact very weakly with their surroundings and they don't emit light, so trying to detect them is quite challenging. Right now there are a lot of experiments, including the Large Hadron Collider (LHC), the machine that detected the Higgs particle. In the last two or three years, thanks to the LHC and other experiments, we've been able to rule out certain explanations for dark matter, and this is forcing us to reevaluate what we think dark matter is. These next few years really hold a lot of promise for zeroing in on this question.

What do you think dark matter is made of?

Most experiments are looking for particles called Weakly Interacting Massive Particles (WIMPs). Although there are other candidates, the WIMP model makes very concrete predictions — it gives you an idea of the range of masses that are reasonable and the strengths of the particles' interactions, which are things we hope to measure. And the WIMP model fits into a larger theoretical context that makes sense. Because these sets of predictions are very concrete, they allow you to ask a well-defined question, and you can design experiments to answer that question. If we rule out certain possibilities, then we know we have to start looking in other places. There is a whole host of interesting possibilities to explore. 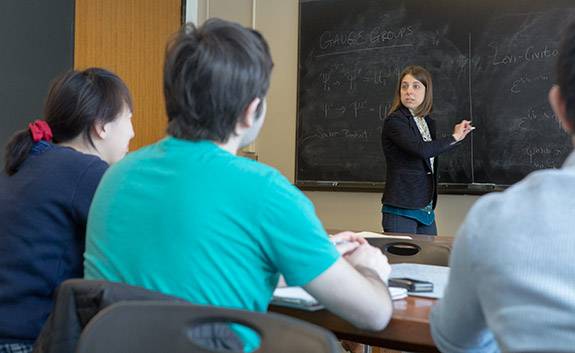 Graduate students in Lisanti's class discuss the standard model of particle physics, including how it can be extended and ways to test it.

What research have you published on this?

Recently, my colleagues and I published a paper that predicted the times of year when the density of dark matter particles streaming toward the Earth would be greatest. Our results have important implications for a number of experiments that have been built around the world to directly detect these particles.

Our work put a new twist on this standard picture, because it turns out that the dark matter, as it travels through the solar system, is affected by the gravitational pull of the sun, so the trajectories of these particles become warped. So that creates another modulation effect in addition to the one from the Earth's orbit, and it can change the time of year when you expect the dark matter signal to peak. There ends up being a very interesting dependence between the time of the year and the properties of the dark matter particle. Now, it becomes a much more predictive theory.

It is a simple and intuitive idea, that when you have a particle passing by a large mass such as the sun, it is going to be deflected by the gravity of that mass. This is basic Newtonian physics. But nobody thought it would have this large an effect.

Were you and your colleagues surprised at the size of the effect?

Yes, we were. Our team included Samuel Lee, an associate research scholar at the Princeton Center for Theoretical Science, and Benjamin Safdi, who earned his doctorate in physics at Princeton in summer 2014, as well as Annika Peter, an assistant professor at Ohio State University. Samuel, Ben and I had computer code from a previous project that allowed us to easily explore this question, and we set up some calculations to run over a weekend. All of us expected the effect to be really small when we left for the day on Friday afternoon, but when we came back on Monday morning, our jaws just dropped. It was a large effect. 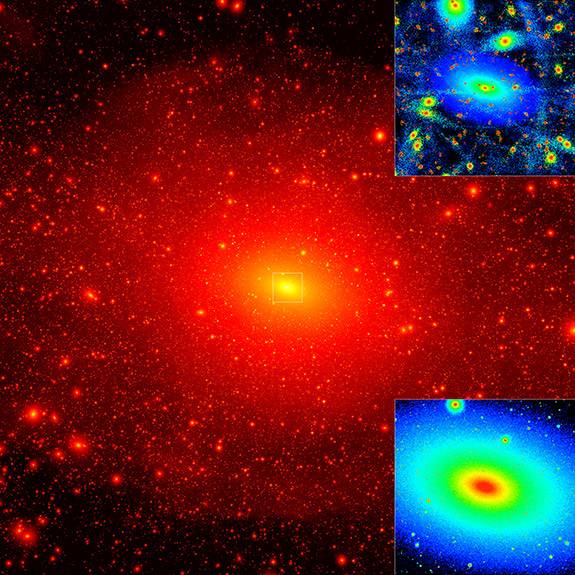 For her research, Lisanti has used data from computer simulations such as this one showing the formation of the Milky Way's dark matter halo. (Image courtesy of the Via Lactea Project)

What teaching have you been doing as a Princeton faculty member?

As an assistant professor, I've been teaching a precept, or weekly discussion group, for an introductory physics course. I like the challenge of having to figure out how to present something in a way that students can understand, and if they are having trouble understanding a concept, finding a way to explain it in a different way that makes sense for them.

This spring, I am teaching a graduate-level course on high-energy physics. Now that the Higgs particle has been discovered, we can discuss the experimental results and their implications in some depth.

What advice would you give to young women in physics?

My advice to female students is to find mentors — and these mentors are not necessarily women — who will encourage them and give them advice when they are making transitions, such as the transition from high school to college, or from college to graduate school. Mentors can make a big difference.

What gets you up in the morning?

I have a lot of fun doing research. In some ways it feels like a gift to be able to do research, to think about new ideas and try out new hypotheses. The prospect of being able to stumble onto something new and interesting is what motivates me.