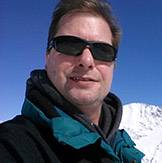 Scholarly focus: Olsen is the physics co-coordinator for the Compact Muon Solenoid (CMS) detector at the world's biggest particle collider, the Large Hadron Collider (LHC), which is located at the European Organization for Nuclear Research (CERN) near Geneva, Switzerland. The LHC will soon be "switched on" after a two-year hiatus during which it has been upgraded to run at a higher energy with the goal of producing insights into some of the universe's foremost mysteries, including the nature of dark matter and a theory known as supersymmetry. During the LHC's first run from 2010 to 2012, the collider uncovered the Higgs particle, which gives mass to objects through its accompanying Higgs field.

Olsen, who oversees all physics results produced by the CMS Collaboration, which consists of more than 2,500 physicists, discussed the discoveries that lay ahead at the LHC. When the LHC is up and running, two beams of protons traveling at near the speed of light will smash into each other and produce showers of particles that will be captured and measured. Physicists will then sift through the measurements to search for new particles and confirm or refute existing theories.

What is happening now at the LHC?

When the collider has resumed activity, LHC operators will send protons through the beam pipe for the first time in more than two years. They will attempt to reach a target energy of 13 tera electron volts (TeV), a significant increase over the 8 TeV used in the earlier run. Once they do, there will be a month and a half of optimizing the parameters of the machine before they start colliding protons. 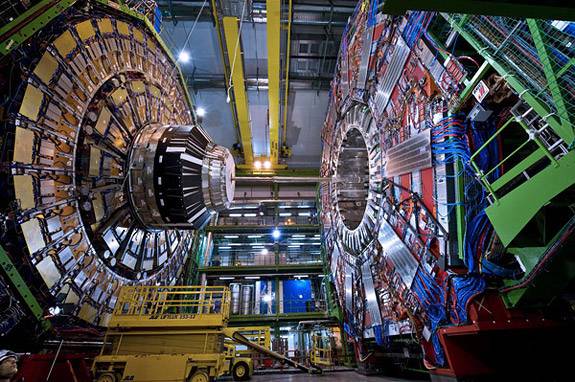 Olsen is the physics co-coordinator for the Compact Muon Solenoid (CMS) particle detector (above) located at the European Organization for Nuclear Research (CERN) near Geneva, Switzerland. (Photo courtesy of CERN)

What will be different about the LHC this time?

Not only is the energy higher, but the interaction rates — the rates at which protons collide with each other — also are higher. To achieve these high interaction rates, the LHC team will have to control the beams of protons very precisely. We expect to be ready to start colliding protons in May.

This is a really unique moment in particle physics, because this is the last large increase we'll see in the collision energy for a couple of decades. The higher energy level of 13 TeV will greatly increase our potential to discover very high-mass particles. At 8 TeV, we can find particles with masses that are a few thousand times the mass of a proton. As we increase in energy, the range of masses that we can explore for new particles basically doubles very quickly. We are potentially crossing a threshold for discovery and it is a moment that won't come again for a long time.

What do you hope to find when the LHC is operational?

We will look for anything that could be out there, including dark matter, the origins of mass, extra dimensions. We are also looking for a specific prediction, which is called supersymmetry, the idea that all of the particles that we know about in the standard model of particle physics come with copies due to a quirk of nature. Physicists have been searching for these particles for decades now. Within a few months of starting to collide protons at 13 TeV, we will have a data set in our hands that could confirm the theory of supersymmetry. And if supersymmetric particles haven't been detected because their mass is just beyond what we've looked at, we'll know that very soon.

By this time next year, we'll have enough data to reproduce everything that we saw when searching for the Higgs boson. We'll be able to rediscover the Higgs boson at a new energy quickly, as it will be produced at a higher rate because of the higher energy of the LHC. We'll be able to learn more about it, and look at how it decays, its mass, its spin and its coupling to other particles that we know about. And we'll be using it as a scout for new physics. If there are new particles that interact with the Higgs boson, we might start to see evidence for them over the next year.

During the shutdown, what work has the Compact Muon Solenoid (CMS) detector team been doing?

Both CMS and the other large particle detector, ATLAS, are ready to go, and that is an exciting milestone. All of the work that was planned for the shutdown has been completed, and we've been calibrating CMS using particles called muons from cosmic rays, which travel from space to Earth. There will be additional tests once the proton beams are turned on.

One of the new features of CMS is the pixel luminosity telescope, which is a collaboration with Rutgers University, Vanderbilt University and the University of Tennessee. Led by Daniel Marlow, Princeton's Evans Crawford 1911 Professor of Physics, the device sits right on the beam pipe and counts particles, allowing us to estimate the luminosity, which tells us the rate at which protons are colliding.

Another part that has been upgraded during the LHC shutdown is the hadron calorimeter system, which measures the energy of the particles. Princeton Professor of Physics Christopher Tully is leading the work on this system. By measuring two parameters — energy and momentum — of all the particles produced when the protons collide, we can reconstruct a picture of each event that can then be searched for signs of new phenomena. 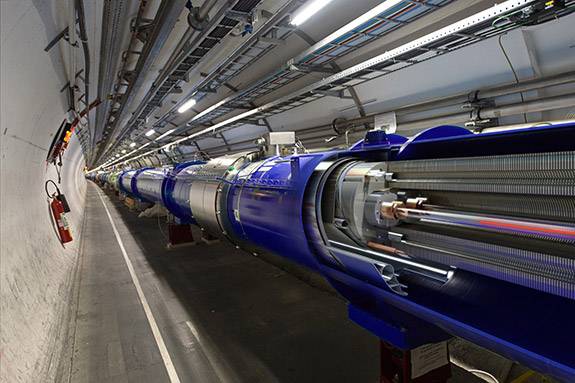 The Large Hadron Collider (above) will resume activity after a two-year upgrade. (Photo by Daniel Dominguez, CERN)

What is your role on the CMS project as physics co-coordinator?

The physics co-coordinator is responsible for organizing activities to produce and review the results of the experiments. I share the job with Luca Malgeri of CERN. CMS scientists have published nearly 400 papers in the almost five years that we have been producing results. Co-coordinators oversee all of the issues that go into making sure the results are correct and the best that we can produce.

The U.S. Department of Energy's Office of Science and the National Science Foundation support American participation in the LHC project.

A list of LHC participants from Princeton follows (an asterisk indicates those who are currently at the LHC).