As everyday items from cars to watches increasingly use computers and communications to operate, the demand on networks that connect devices is expected to balloon. In response, engineers are working to harness the devices' own computing, sensing and storage power to form networks that meet most of the demand.

These networks have been dubbed "fog computing," a name that emphasizes their local, diffuse nature as opposed to more distant "cloud computing." Now, researchers at Princeton University's Edge Lab are leading a global effort, with scientists and business leaders at ARM, Cisco, Dell, Intel and Microsoft, to develop the architecture and tools for using these new fog networks.

The researchers announced the new nonprofit group, the Open Fog Consortium, at the Internet of Things World Forum in Dubai on Dec. 6. The group seeks to build a basic architecture for fog networking in coming years, and has opened its membership to companies and universities worldwide. The consortium expects to deliver reports detailing best practices for the new technologies as they are developed, said Mung Chiang, the Princeton Edge Lab director and co-founder of the Open Fog Consortium. 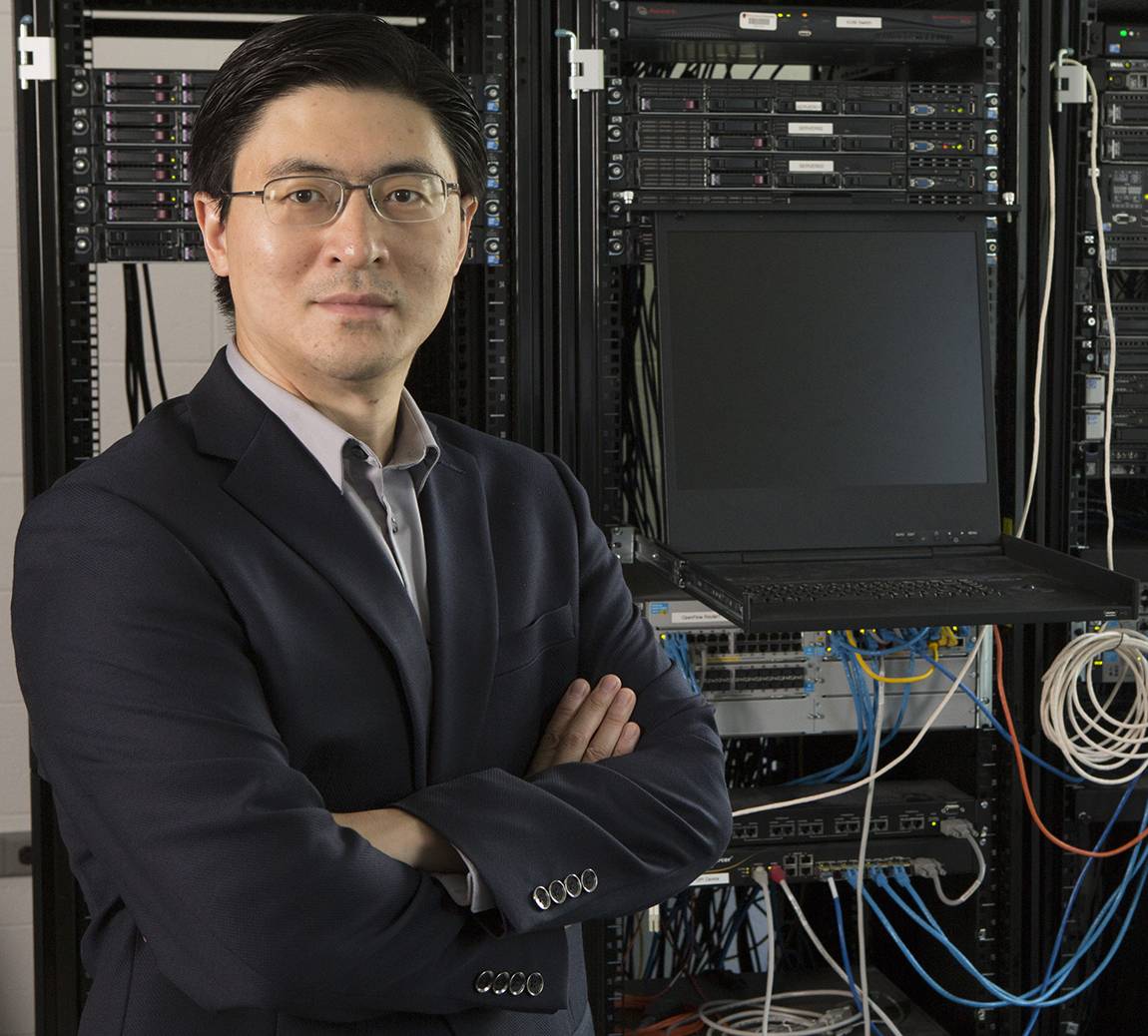 Researchers at Princeton University's Edge Lab, spearheaded by Mung Chiang (above), the Arthur LeGrand Professor of Electrical Engineering, are leading a global effort to build a basic architecture for fog networking in coming years. Ideally, fog computing could avoid many current network problems by distributing computation, control and data storage to the edges of networks and emphasizing local, distributed clusters rather than a centralized system. It will also allow networks to respond more fluidly to changes in user demand. (Photo by Denise Applewhite, Office of Communications)

The goal, the consortium announced, is to "define a common framework for distributed computing based on open standard technologies."

Chiang said he helped to launch the consortium to address common problems with "edge networks" — the connections at the periphery of a more centralized network, close to the actual devices that use the network. Currently mobile edge networks suffer from connection losses, bottlenecks in bandwidth and excessive time communicating with different points in the network, a problem known as latency.

"The Open Fog Consortium will promote an ecosystem to accelerate the adoption of open fog computing by bringing together companies, universities and individuals," said Chiang, the Arthur LeGrand Doty Professor of Electrical Engineering. Chiang teaches an online course on fog networks and has led conferences and published extensively in this emerging field. He describes fog networking in this overview.

Ideally, fog computing could avoid many current network problems by distributing computation, control and data storage to the edges of networks and emphasizing local, distributed clusters rather than a centralized system. It will also allow networks to respond more fluidly to changes in user demand.

"As we further develop the 'Internet of Things' — networked devices in smart cities or connected cars — we have a unique opportunity to bring the 'cloud' closer to the edge and users as 'fog,'" Chiang said.

Establishing clear industry architectures at the outset should make it much easier to develop technologies to support open fog networks, said Denny Strigl, a former CEO of Verizon Wireless. Strigl said wireless companies were able build their networks with a variety of competing technical standards, but the process was "very painful." He said it took nearly 20 years before the industry adopted a uniform standard and consumers were able to easily move between different wireless systems.

"This important effort will make it faster and easier to develop technologies, products and services that can be deployed by as many users as possible," said Strigl, who is a lecturer in the Princeton electrical engineering department and at the Keller Center.

H. Vincent Poor, dean of the School of Engineering and Applied Science, said the consortium is an example of how academia and industry can work together effectively. "I am proud of Mung and the Edge Lab for their leadership in this field and in this important new consortium," said Poor, whose own research specialty is in wireless networks. "It demonstrates that university research can pioneer disruptive technologies with societal benefit."