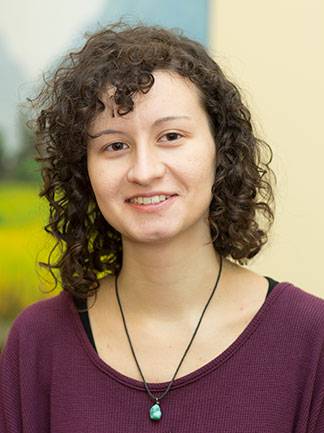 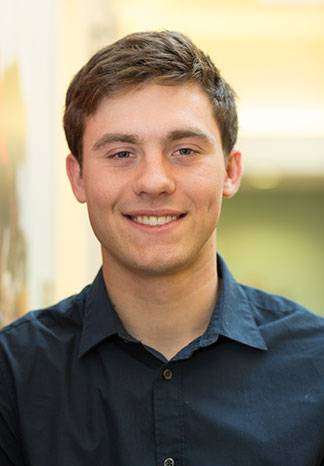 Asa, a civil and environmental engineering major from Bursa, Turkey, plans to use a centuries-old construction technique to help refugees build sustainable homes in war-torn areas. Treacy, a chemistry major from Valhalla, New York, will return to Quito, Ecuador, an area he first visited as a high school junior, to develop and implement much-needed waste management and disposal technology for a poor community.

The inspiration for Asa's project came from her early years in Turkey.

"I was exposed to refugee housing from a young age," Asa said. " The lack of housing has always been in front of my eyes. I wanted to do something about it."

In preparation for her Labouisse fellowship, Asa spent the past two summers in China working on a rammed-earth construction project as a participant in Princeton's International Internship Program (IIP) based at the Xi'an University of Architecture and Technology. Used for centuries around the world, rammed-earth construction is a home-building technique that requires filling a formwork with damp earth and compressing it with tampers.

"Rammed earth can be very durable and long-lasting, yet it does not leave a trace when taken down, an important attribute for a temporary refugee camp," Asa said. "Since earth is also very thermally efficient, [rammed earth] also reduces the need for heating and cooling, a problem in many refugee camps."

Asa will work with Refugee Open Ware, a consortium that uses advanced technology to improve human rights in refugee communities and conflict-affected areas.

"Pelin is motivated by sustainability projects that assist people from lower socioeconomic backgrounds," said Claire White, an assistant professor of civil and environmental engineering and the Andlinger Center for Energy and Environment and Asa's senior thesis adviser. "She is particularly enthusiastic about helping displaced individuals, specifically refugees, as she has close ties with parts of the world where refugee housing is sorely needed. Not only does Pelin aim to coordinate construction of these buildings, she hopes to train the refuges in rammed-earth construction practices and ultimately give them the skills necessary for maintenance and repair of these buildings."

At Princeton, Asa is a member of Engineers Without Borders and plays the accordion with the Princeton University Band. After her fellowship, she plans to attend graduate school for architecture.

"I am much luckier than most people in Turkey," Asa said. "I went to the best high school, and I have the opportunity to go to a great school like Princeton. I feel that I should give back and do something useful. We are all in a refugee crisis."

This summer will mark Treacy's third trip to Quito. He first visited the city in his teens on a service trip, and he returned the summer after his sophomore year at Princeton to teach English. Both trips were centered around work in Quito's Center for Working Families, the community center he hopes to help with his Labouisse project. He is working to create a sustainable toilet system for area residents, most of whom don't have sewage systems or clean drinking water.

"The center is really a remarkable place where children and their parents receive an education and learn useful skills so that they can support each other," Treacy said. "But they don't have basic services, like a sanitation system, in the area. I hope that this project of creating sustainable toilets can help people in the community live better lives."

The project developed in the course "EPICS: Engineering Projects in Community Service," where Treacy and his research team investigated various sanitation systems. Through his work and analysis, Treacy found that the breakdown of human waste through aerobic-waste composting provides safe, effective and environmentally friendly means for waste disposal. He and his team are working to refine the design.

"I have had the opportunity to work with Sean on EPICS," said Jay Benziger, a professor of chemical and biological engineering. "It is critical to develop technology that can address the needs of the developing world, such as refrigeration and sanitation. The solutions will not involve high-tech science or technology, nor will they attract venture capital or entrepreneurs. The solutions will take dedicated scientists and engineers to find inexpensive and simple devices. Sean Treacy is pursuing a call to be one of those scientists. With the assistance of the Labouisse Fellowship, Sean can pursue that calling."

When he is not in the lab, Treacy can be found playing Ultimate Frisbee — he is team captain — or organizing off-campus outdoor excursions as founder and co-president of the Princeton Wilderness Society. Treacy was also an Outdoor Action leader.

"My plan is to eventually go to graduate school, but I want to take this year after graduation and really apply what I have been learning in the lab," Treacy said. "I want to do something meaningful and useful and something that I wouldn't have time to do later in my career. I'm very grateful for this opportunity."