The contested legacy of Woodrow Wilson forms the focus of an exhibition now on display in the Bernstein Gallery of Robertson Hall.

The show, "In the Nation's Service? Woodrow Wilson Revisited," documents not only the positive but also the negative aspects of Wilson's tenure as 13th president of Princeton University and 28th president of the United States.

The exhibition draws on modern scholarship, newly digitized resources and Princeton's special collections to paint a more complete picture of Wilson than is often presented, highlighting the ways in which he failed a great number of Americans. Through correspondence, writings, photographs, newspapers and other documents that place Wilson in historical context, visitors will gain a fuller understanding of his complexities and why he continues to evoke both admiration and opprobrium nearly a century after his death.

The exhibition also encourages participation through the use of the #RevisitWilson hashtag, which will appear on digital screens at the gallery space. You can read a recap of posts on Storify. The exhibition is also available online.

The exhibition is sponsored by Princeton University in partnership with the University's Seeley G. Mudd Manuscript Library, a division of the Department of Rare Books and Special Collections, and the University's Woodrow Wilson School of Public and International Affairs. 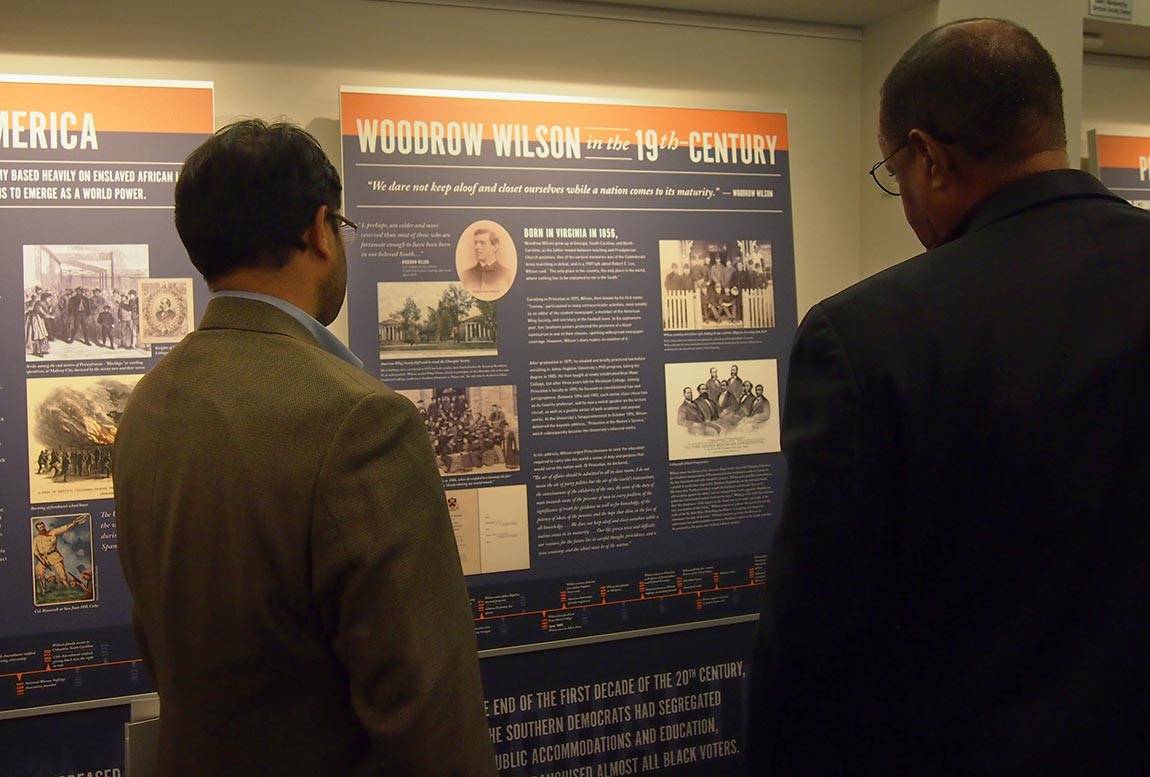