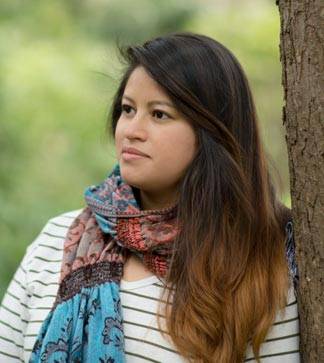 Sociology major Dennisse Calle spent two weeks interviewing more than 50 people in Cuba for her senior thesis on the societal impact of El Paquete — a weekly, one terabyte compilation of popular TV shows, movies, music and more that serves as an offline Netflix, YouTube, Craigslist and more in a country where Internet access is slow and expensive.

Dennisse Calle found the topic for her senior thesis along a Havana street, in the back of a stall that sells pirated movies and music.

Cubans pay the equivalent of a few dollars, insert a flash drive into the computer at the back of the stall, and get access to El Paquete — a weekly, one terabyte compilation of popular TV shows, movies, music, computer and phone apps, and advertisements that serves as an offline Netflix, YouTube, Craigslist and more in a country where Internet access is slow and expensive.

Calle, a sociology major at Princeton University, spent two weeks doing research in Cuba during January and interviewed 50 users and distributors of El Paquete  — which means "The Package" — to learn about the service and the way it fits into the lives of everyday Cubans.

"I focus on how El Paquete is transforming how people view themselves as consumers," Calle said. "This is one of the first forms of consumer culture that is being normalized in Cuba, in part because it's cheap and easy to pass around." 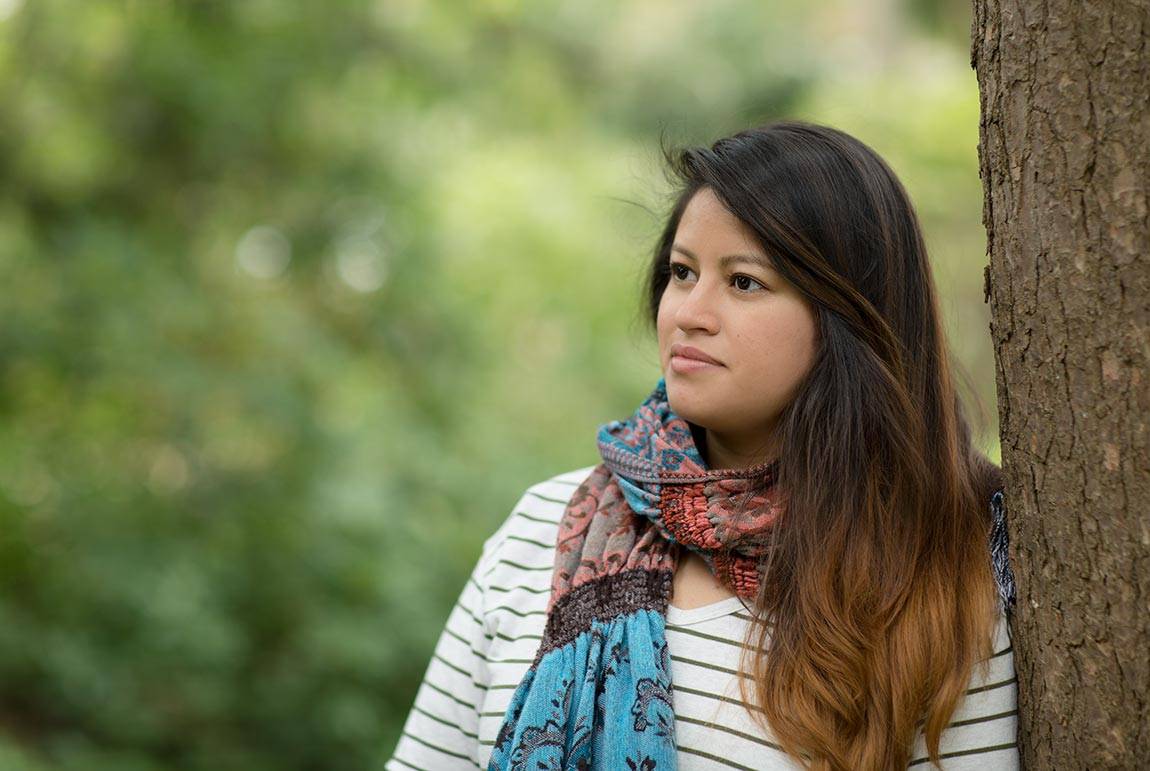 Sociology major Dennisse Calle spent two weeks interviewing more than 50 people in Cuba for her senior thesis on the societal impact of El Paquete — a weekly, one terabyte compilation of popular TV shows, movies, music and more that serves as an offline Netflix, YouTube, Craigslist and more in a country where Internet access is slow and expensive. (Photo by Denise Applewhite, Office of Communications)

The origins of El Paquete, which began around 2008, are unclear, as is the identity of the people behind it. El Paquete is widely available — either distributed door to door using a portable hard drive or from central locations like the stall where Calle discovered it — despite existing in a sort of legal gray area in Cuba. It offers an alternative to state-controlled Cuban television, which offers only 10 channels of news and sedate fare to most residents.

"I think in many ways El Paquete is a new form of capitalism," Calle said. "People are buying it and consuming it and becoming addicted to it. This is very capitalistic and modern. At the same time, sharing information is still very much part of a socialist mentality." 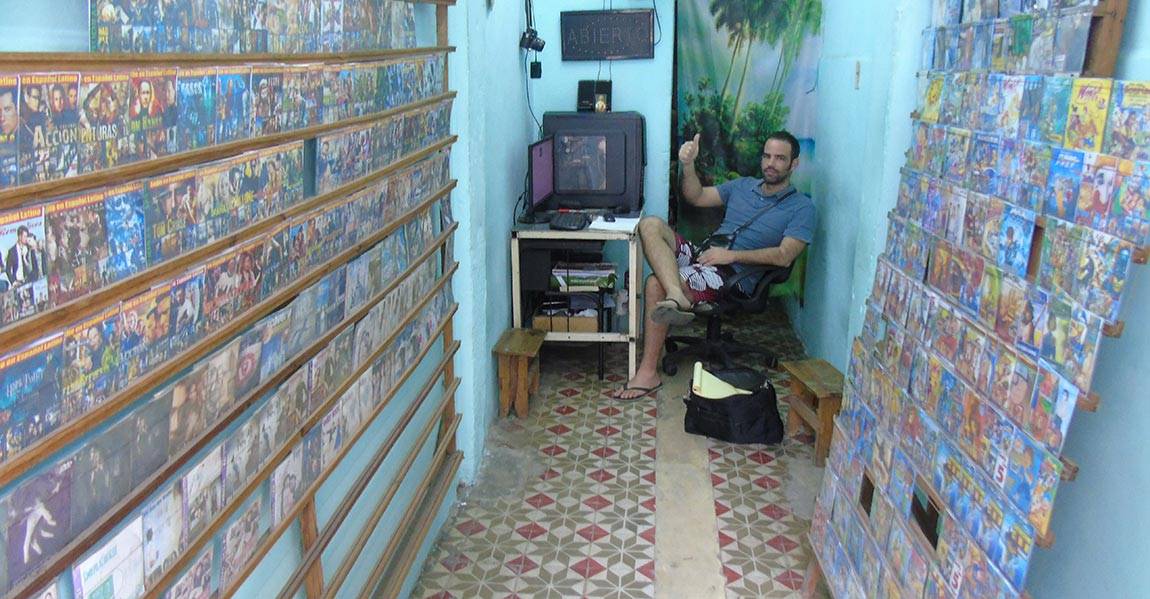 El Paquete is often distributed through small shops like this one in Havana, which also sells pirated movies and TV shows. (Photo by Dennisse Calle, Class of 2016)

In her thesis, titled "El Paquete: A qualitative study of Cuba's Transition from Socialism to Quasi-Capitalism," Calle examined El Paquete and its impact in several ways.

First, she analyzed what type of content is included, where it originated, as well as advertising that is added in Cuba. Many of the TV shows and movies — generally subtitled in Spanish — come from the United States, along with the United Kingdom and Spain. Competition shows such as "The Voice" and "Cake Wars" are popular, as are South Korean soap operas.

Calle also explored the hierarchy of El Paquete, from the unknown compilers who collect the pirated content, to the packagers who put it together and insert local content that varies across the country, to the distributors who sell it to everyday Cubans. Beyond the paid distribution, Calle said, Cubans often share the content with family members and friends.

She also looked beyond the content to explore how El Paquete is changing the way people see themselves.

"I think it's reflective of what's happening in Cuba, moving from a state that is very controlling to one that is allowing capitalism to emerge into the nation and its culture," she said. 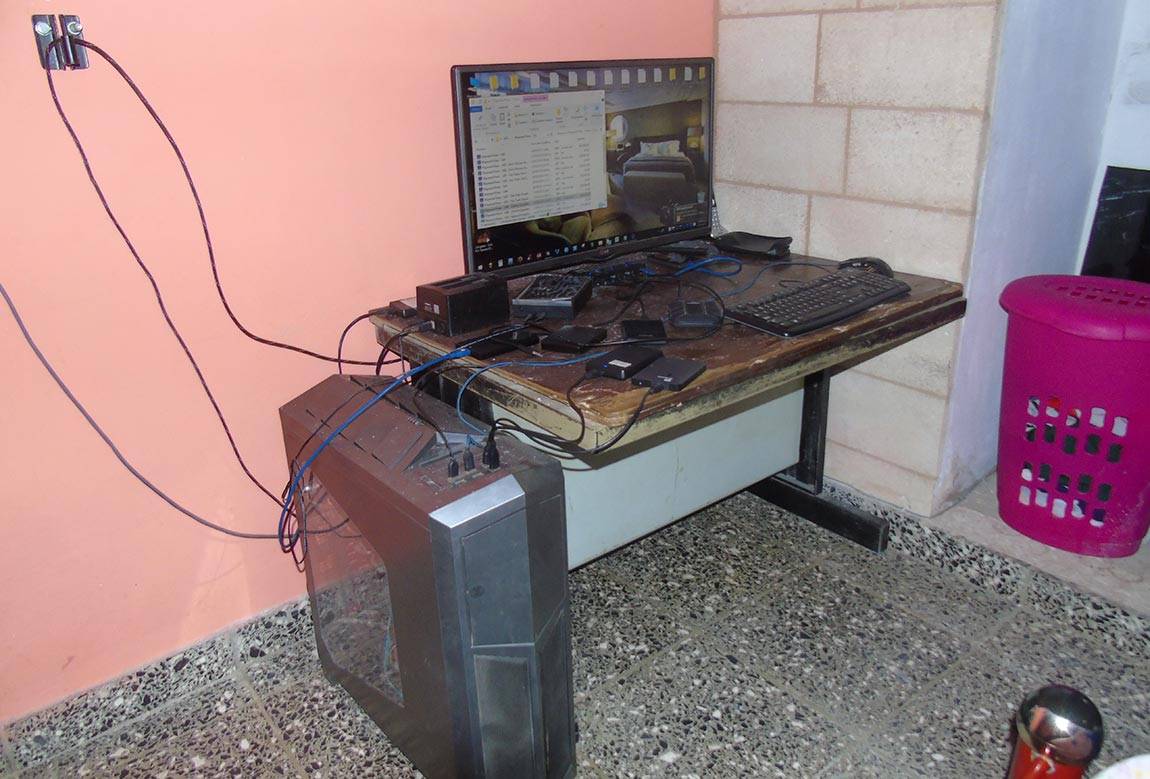 El Paquete is so popular, in part, because it can be easily downloaded from a computer onto a USB drive or a portable hard drive like the ones seen here. (Photo by Dennisse Calle, Class of 2016)

Calle's research and analysis are impressive, said her adviser, Patricia Fernandez-Kelly, a lecturer in sociology.

"The result is a very detailed understanding of how people are changing their perspectives and self-definitions," Fernandez-Kelly said. "It's really a study about identity, but not just personal identity but national identity."

Calle, who is originally from Ecuador and moved to Trenton, New Jersey, did her junior independent work on bachata, a style of music that came to the United States from the Dominican Republic with immigrants, and how its portrayal of women has changed as it has evolved over time. Studying El Paquete offered a similar way to explore cultural phenomena through media, she said.

"I'm fascinated by media and the new ideas that media exposes us to," Calle said.

Calle said her senior thesis has allowed her to put into practice many of the theories and techniques she has studied at Princeton.

"As a sociology major, the work I'm doing on my thesis has allowed me to grow and think as a researcher," she said. "It allowed me to think critically about studying people and other things in a way that pushes me. My thesis has also led me to really consider graduate school for sociology, which wasn't something I was seriously thinking about before." 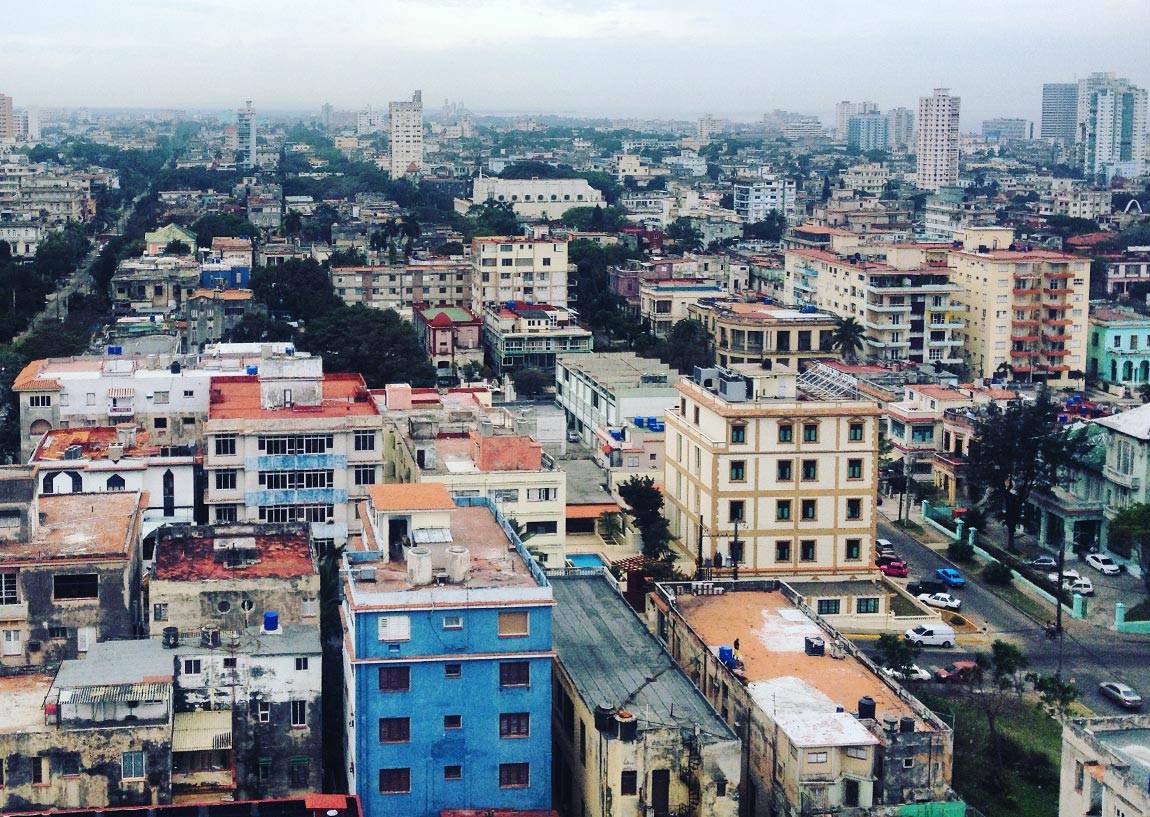 Calle's research took her across Havana, including interviews in the homes of El Paquete users and along the route of a distributor. (Photo by Dennisse Calle, Class of 2016)

Calle, who studied in Cuba for a semester during the winter of 2015, said her research trip in January was both grueling and gratifying.

"Before going I had all these theories about what people were thinking but it was so important to talk to them," she said. "I think the research I did during my two weeks in Cuba exposed me more to Cuban life than even my semester studying there because I was going to people's homes and jobs and spending time with them. I was really entering life in Cuba."

Fernandez-Kelly said her thesis project reflects Calle's approach to everything.

"Dennisse is very energetic and kind of audacious in that nothing really stops her," Fernandez-Kelly said. "She gets an idea and she implements it."

What's ahead for El Paquete in Cuba, which has been working to ease tensions with the United States? Calle predicts El Paquete will survive even if Cubans gain broader access to the Internet — in part because it is so inexpensive and easily shared. 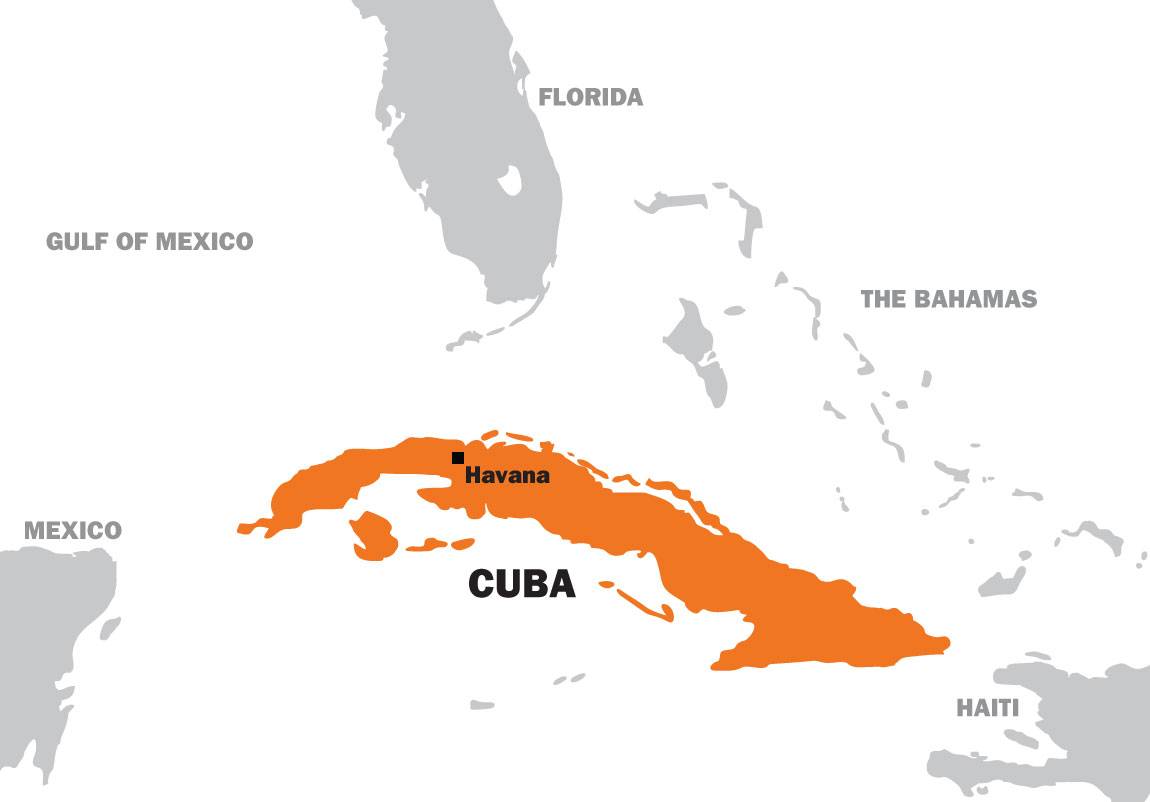 A recent thaw in relations between the United States and Cuba make El Paquete's future unclear. (Illustration by Maggie Westergaard, Office of Communications)