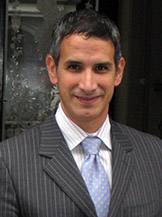 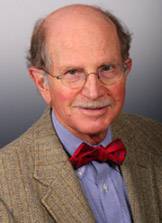 President Barack Obama announced Dec. 17 that the United States will restore diplomatic relations with Cuba, setting aside decades of hostility between the nations.

Below, two Princeton University faculty members offer perspectives on the news: Rubén Gallo, who specializes in Latin American literature and culture; and Stanley Katz, who studies the relationship of civil society and constitutionalism to democracy.

Rubén Gallo is the Walter S. Carpenter Jr. Professor in Language, Literature and Civilization of Spain in the Department of Spanish and Portuguese Languages and Cultures, and the director of the Program in Latin American Studies. In addition, he is the director of the Princeton-in-Cuba program, a semester-long study abroad program launching next month, to be held at the University of Havana.

Question: You were just in Havana, including on the day of Obama's announcement. What is your sense of how Cubans feel about the United States today and the prospect of closer ties?

Gallo: I was on the street in Havana when the news broke. Near the Capitol, an old television monitor and a loudspeaker were set up on the street. Hundreds of people gathered to hear the message by President Raúl Castro, who said he had spoken on the phone with President Obama. When he announced the reestablishment of diplomatic relationship everyone clapped. It was a very emotional moment: Most of the people were state workers, [and] many of them had family members who had left Cuba and are now living in Miami.

Raúl Castro's speech was followed by President Obama's (they both addressed their respective countries at noon). The audience heard him with great interest and respect.

The rest of the day was euphoric: crowds of students walking the streets with posters of the "Five Heroes" (as the Cubans held in Miami are known here), cars honking and celebrating, Cuban flags flying from balconies and windows.

Q: How do you think Americans will benefit from greater exposure to Cuba's people and culture, and vice versa?

Gallo: For a long time, Cuba was a terra incognita for Americans. The diplomatic thaw will allow Americans to discover one of the most vibrant cultural centers in Latin America. Cubans, on the other hand, know American culture inside out: They follow the latest TV shows, movies, music and even gossip. The thaw will eventually allow many of them to travel to a land they consider almost mythical.

Q: What are your initial impressions of the long-range impact of this change?

Gallo: 2014 will go down in history — like 1989 — as a crucial date marking the end of the Cold War. Europe changed quickly after the collapse of the Soviet Union, but in Latin America, Cold War wounds have persisted until today.

Stanley Katz is a lecturer with the rank of professor in public and international affairs in the Woodrow Wilson School of Public and International Affairs. He is the director of the Center for Arts and Cultural Policy Studies, and serves as chair of the American Council of Learned Societies/Social Science Research Council Working Group on Cuba.

Q: What are the economic and political ramifications of the United States and Cuba resuming relations?

Katz: They are very big. Of course, the [U.S.] president cannot unilaterally end the embargo [in place since 1960], which will be crucial to real economic progress in Cuba. But opening things up to the extent that he proposes is a good first step (though a lot depends on the actual regulations that are put in place). Still, the increases in family remittances, the increase in travel (and expenditures now that Americans can use credit cards), [and] the increase in commercial trade will make a significant difference. Perhaps even more important, this will be a huge boost for Raúl Castro. If he is serious about market reform, this will make a lot possible for Cuba. And it will be at least as important in beginning to restore the United States' role in Latin America, a relationship that has been allowed to wither for several decades.

Q: Does President Obama have the legal authority to restore full diplomatic relations without Congress' approval?

Katz: I think he does have the authority, since this is well within the traditional executive authority of the president, and restoring diplomatic relations is not dependent upon congressional action. Congress can try to punish him through its control of the budget, but they cannot stop him from reopening the embassy. There are other actions that would require legislation — for example, repealing the Helms-Burton law [passed in 1996 to strengthen sanctions] and the embargo is dependent upon Congressional action.

Q: Do you think Wednesday's action will lead to democracy in Cuba?

Katz: We need to remember that the army (Castro is an army man) controls the island, and there is no reason to think they are going to withdraw in favor of democracy anytime soon. Anyone who thinks that will be the result of this week's action is naïve. I am just grateful for what the president has given us this week, and my friends in Havana are jubilant. The church bells in Havana rang [Dec. 17] at noon. I wish I could have been there.

— Reported by B. Rose Huber, Woodrow Wilson School of Public and International Affairs; read more on the Wilson School's website.