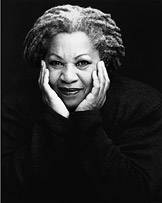 The Princeton University Library has announced that the major portion of the Toni Morrison Papers — part of the permanent library collections since 2014 — is open for research to University students, faculty and scholars worldwide as of this week.

From early handwritten drafts of novels on yellow notepads to an unpublished play, lectures, and literary and professional correspondence, the papers contain archival materials that document the life and work of Morrison, the Robert F. Goheen Professor in the Humanities, Emeritus, at Princeton University, and the 1993 Nobel laureate in literature.

"That Morrison's papers will be made accessible is a watershed for scholars of her writing," said Tracy K. Smith, professor of creative writing in the Lewis Center for the Arts and director of the Program in Creative Writing. "And for writers like myself, the opportunity to track Morrison's process as a writer and editor — to see where she saw fit to make changes, and to observe her manner of revision and reflection — will be of immeasurable value." 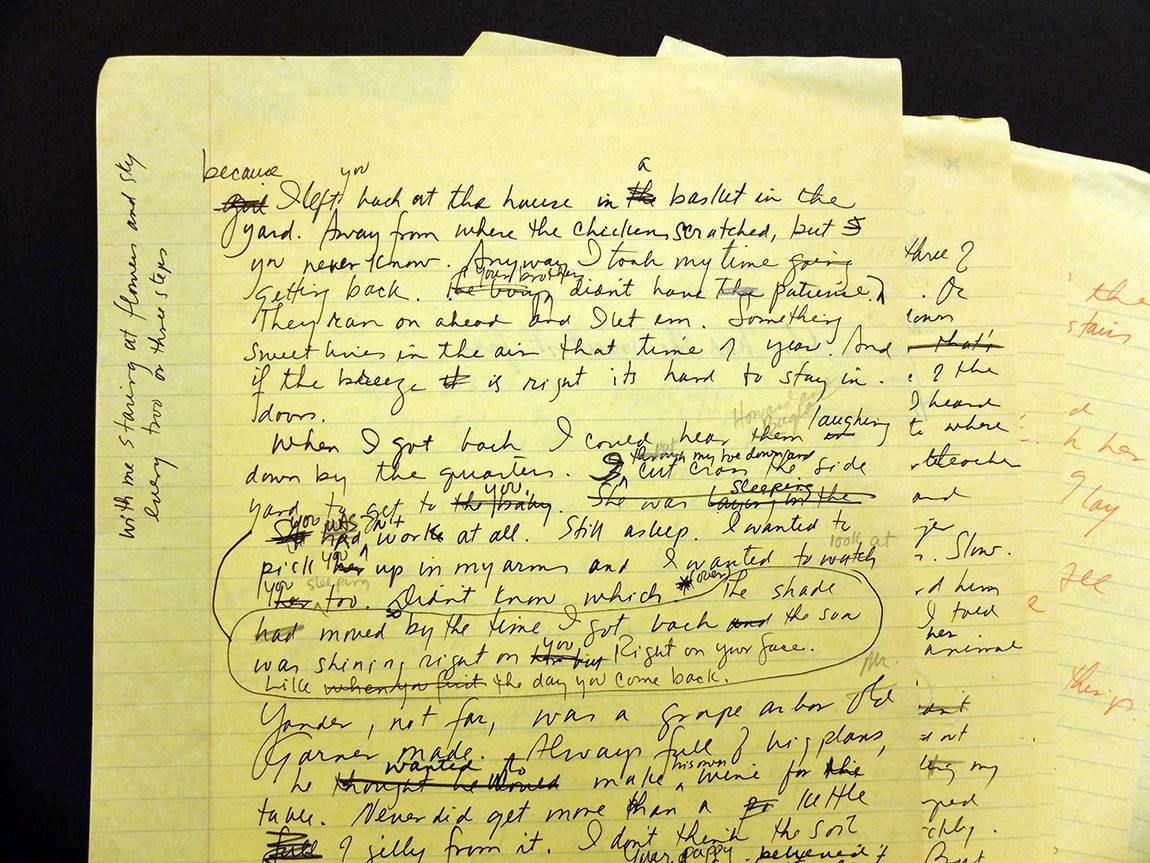 The papers of Nobel laureate Toni Morrison, which became part of the permanent library collections of Princeton University in 2014, are now available to scholars. The most significant of the papers have been catalogued and selectively digitized. Included in the collection is this early manuscript draft of "Beloved." (Photo by Don Skemer, Department of Rare Books and Special Collections)

Smith said Morrison's novels — and the characters that reside within — have illuminated the black experience like no other writer.

Smith said: "Not only has Toni Morrison changed literature for the world, she has also changed the world for literature. Across her body of work, she's given readers access to the complex and captivating inner lives of a wealth of black characters. From Peecola Breedlove to Sula, from Milkman to Sethe to the more recent Bride and Booker, Morrison's characters have helped America recognize and come to terms with itself. I can't imagine what our public understanding of the deep social and psychic effects of slavery and its ongoing aftermath would be without a novel like 'Beloved.'"

The papers — which are held in the Manuscripts Division, Department of Rare Books and Special Collections — were gathered from multiple locations over more than two decades, beginning with the files recovered by the Library's Preservation Office after the tragic fire that destroyed Morrison's home in 1993. In the past 18 months, the most significant of the papers have been carefully organized, described, cataloged and selectively digitized. Research access to these digital files will be provided in the Rare Books and Special Collections Reading Room.

Calling the Toni Morrison Papers "an extraordinary resource," Kinohi Nishikawa, assistant professor of English and African American studies, said the collection "offers unparalleled insight into the career of the most influential living writer in English."

Nishikawa, who taught a graduate course in archival research "African-American Literature —The Archival Turn" this spring, said the papers "will be the starting point for fresh perspectives on Morrison's life and art.

"I think people who explore the papers will be amazed by the extraordinary care with which Morrison approached the craft of writing," he said. "Anyone familiar with her work would expect as much, but it's in the quality of that care — how Morrison wrote in longhand, how she revised and revisited text — that will be of lasting interest to fan and ordinary reader alike. In short, the Toni Morrison Papers will respond to old questions and inspire many new ones; it will be an incomparable site of recollection and renewal."

Morrison's early handwritten drafts on yellow notepads are most often very different from the published book in wording and organization. They often contain deleted passages and sections. A single notepad may contain a variety of material, including material relating to other works, drafts of letters and other unrelated notes. Corrected typescript and printout drafts often show significant revisions. Material from various stages of the publication process include setting copies with copy editor's and typesetter's marks, galleys, page proofs, unbound pages, blueline proofs, advance copies (bound uncorrected proofs) and production/design material with page and dust-jacket samples.

Among unexpected discoveries that came to light during processing are partial early manuscript drafts for "The Bluest Eye" and "Beloved." Also discovered were some floppy disks that contain drafts of "Beloved" previously thought to be lost.

Morrison also retained manuscripts and proofs for her unpublished play "Dreaming Emmett" (1985) and for "Desdemona" (2011); children's books (with her son Slade Morrison); short fiction; speeches; song lyrics; an opera libretto ("Margaret Garner," with music by the American composer Richard Danielpour); lectures; and nonfiction writing. Her papers also make it possible to see how books were marketed to the reading public and media, and to trace the post-publication life of her books, as they were translated, repackaged, reprinted, released as audio books and adapted for film.

By spring 2017, the remaining Morrison Papers will also be available for research, including teaching files from her Princeton office, fan mail, appointment books, photographs, works written in Morrison's youth, memorabilia and press clippings. Complementing the papers are printed editions of Morrison's novels and other published books; translations of her works into more than 20 languages; and a selection of annotated books. Morrison's additional manuscripts and papers will be added over time.

In addition to the Nobel Prize, Morrison's many honors include the National Book Critics Circle Award for "Song of Solomon" in 1977 and a Pulitzer Prize for "Beloved" in 1988. She received the National Humanities Medal in 2000 and was awarded the Presidential Medal of Freedom by President Barack Obama in 2012. International honors include the Commandeur de l'Ordre des Arts et des Lettres in 1993 and the Ordre National de la Légion d'honneur in 2010. At Commencement in 2013, Morrison was awarded an honorary doctoral degree from the University.