The writing on the wall: Unraveling chalkboard mysteries

Walk by any chalkboard, white board or glass wall on campus, and you're likely to discover the work of Princeton's faculty and students captured in script both beautiful and mysterious.

There are mathematical equations, musical notes, text deconstructions and even dry-erase-marker works of art. But who wrote or drew them? What do they mean?

The answers are often elusive. Here, though, are photos of a few such mysteries captured across campus — and one far from campus — over the past academic year, with explanations from their sources.

Editor's note: The image directly below is interactive. Desktop users should roll their mouse over the image. Mobile device users should touch the screen.

As part of its 10th anniversary celebrations, the Princeton Center for Theoretical Science invited some of its associated faculty members and researchers to share a favorite formula, equation or illustration on a single chalkboard in Jadwin Hall. Explore the photo to learn about some of what they wrote. 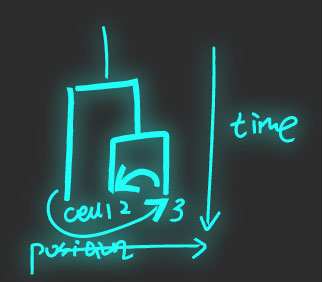 "This illustrates one of the simplest mathematical models on formulating embryo development. Cells on the same lineage tree communicate with each other, and thereby obtain their position information. This model may apply to many other natural phenomena, where complex space-time patterns automatically emerge without external source." 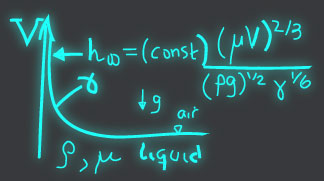 "Many industrial processes involve coating a surface with a thin liquid film, which motivates the sketch illustrating a vertical substrate translating at speed V through a liquid (the properties of the liquid are denoted the Greek symbols rho and mu denoting, respectively, the density and viscosity of the liquid). Gravity (g) wants the liquid bath to remain with a flat free surface and the surface tension (gamma) between liquid and air resists bending of the interface. There is a wonderful analysis of this flow problem, originally provided by Landau and Levich (two famous Russian scientists), which determines the film thickness (h_infinity) deposited on the moving substrate. The formula shown involves all of the physical constants to certain powers (such solutions are called power laws). It is rather unusual that a problem with so many inputs can be solved analytically and in such a beautiful way. This type of problem comes up in many places and so understanding it is very helpful for thinking about a wide class of 'coating flow' problems."

"The equation describes a generic probability of interacting electrons in a fractionally filled Landau level. Electrons in two dimensions under the influence of a magnetic field and interactions can take a myriad of phases. These are called fractional quantum hall phases. A large number of them can be analytically described by wavefunctions J (called Jack polynomial) of the electron positions z1...zN where N is the number of electrons in our system. I chose this equation because it represents a great example of the connection between pure theory and experiment: The systems the wavefunctions describe can actually be realized in a laboratory." 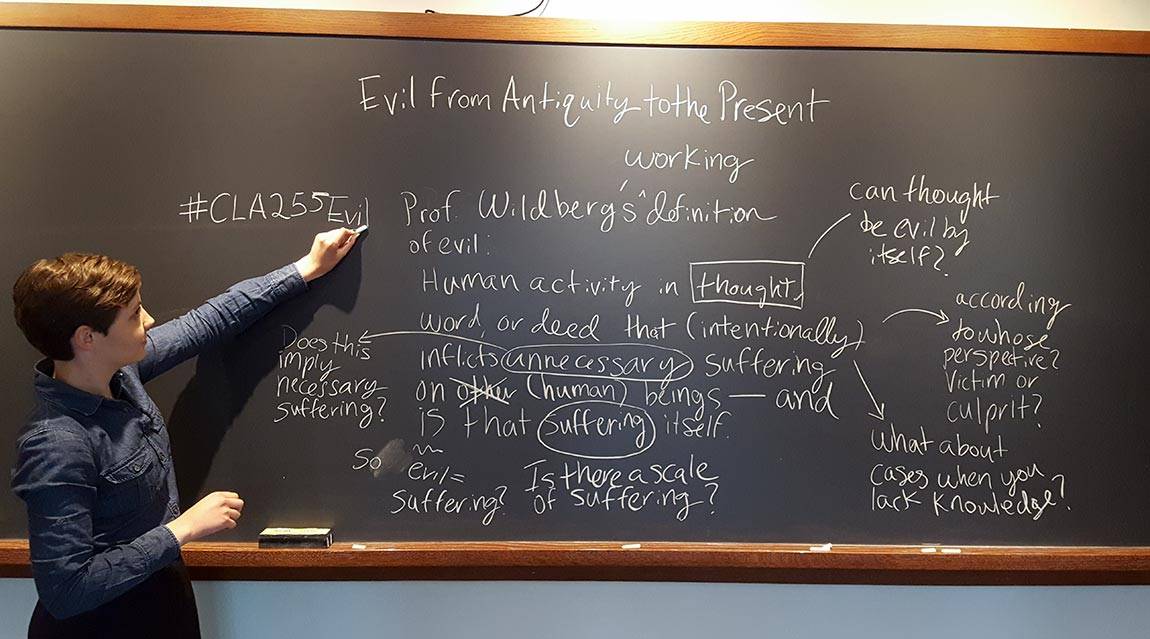 “This spring, I was a preceptor in Professor Christian Wildberg’s new course ‘From Pandora to Psychopathy: Evil from Antiquity to the Present.' The class studied philosophical, religious and scientific theories of evil from across time and around the world, and wound up enrolling almost 240 students, a classics department record. This blackboard represents the fruits of our very first precept discussion, following Professor Wildberg's presentation of an initial working definition of evil that we would revisit over the course of the semester. In precept, the students unpacked and modified his definition. Students began by debating whether thought could be evil in itself, or whether it only caused evil speech and actions."

Nina Rouhani and Angela Radulescu, officemates at the Princeton Neuroscience Institute, started their colorful take on the brain when they wanted to spiff up their space and gain a bit of privacy. In this brief video, they discuss the relationship between neuroscience and art. 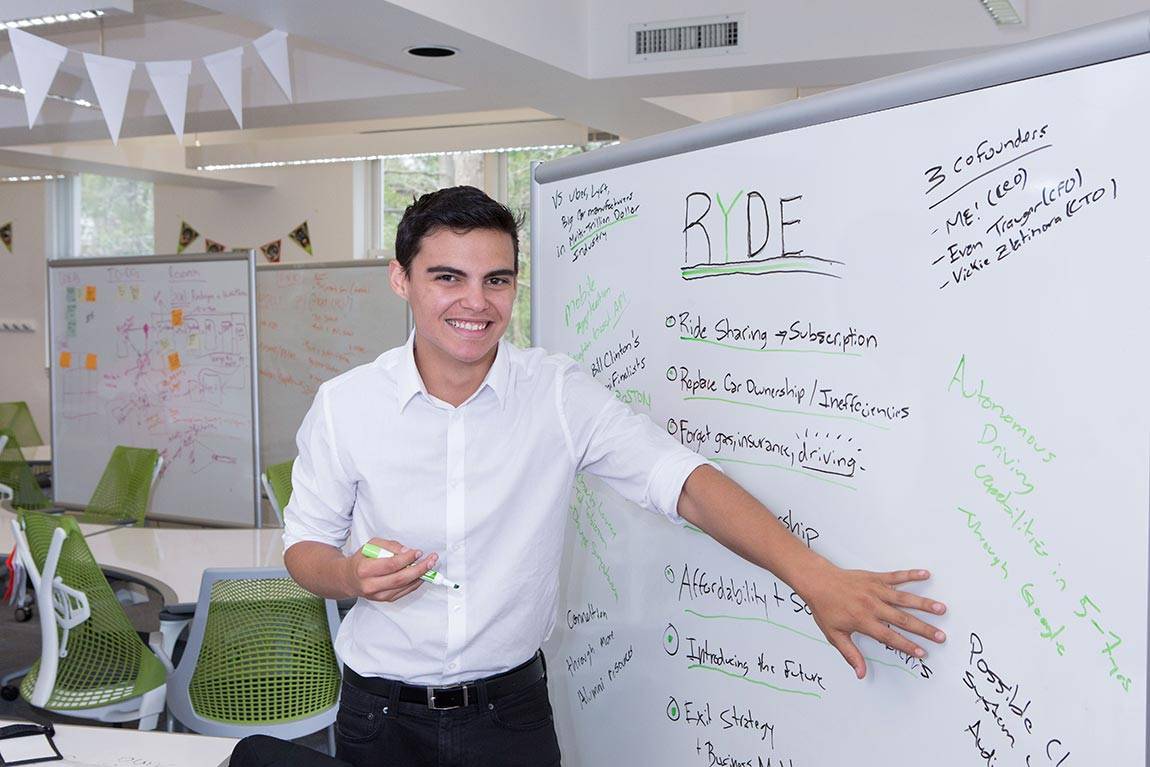 "The board features a visual idealization of the conceptual and developmental process behind our start-up, RYDE. It delineates the services provided by our transportation network system and includes notes on possible additional streams of revenue, such as establishing direct partnerships with car manufacturers and implementing Google's autonomous driving capabilities. Visually speaking, the board gives the best insight into the organized yet still wildly imaginative mind of young, budding entrepreneurs hungry and driven for success." 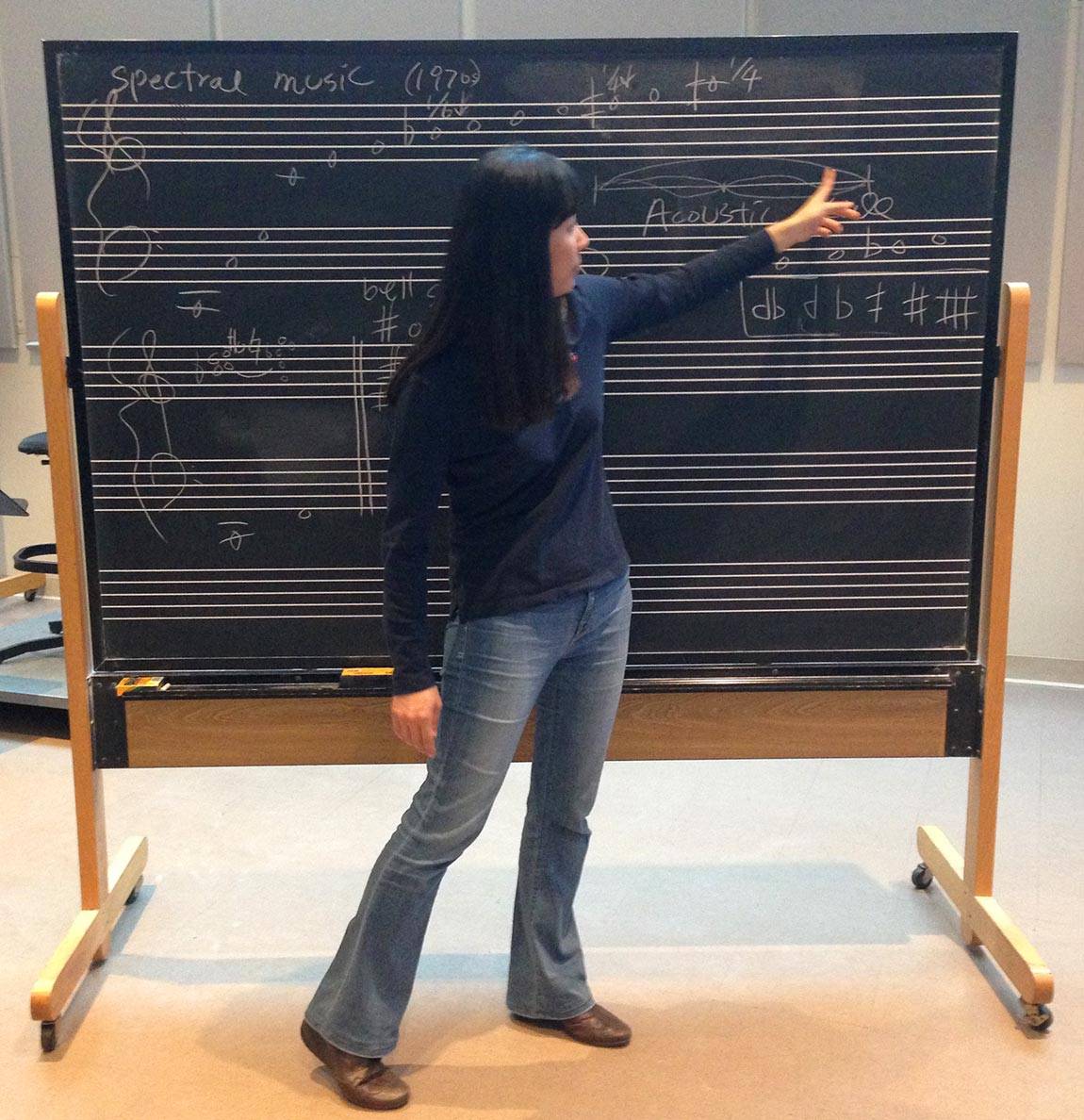 "As a grand finale of our beginning workshop in musical composition, we were discussing a trend that originated from the 1970s, so-called 'spectral music,' which utilizes the physical properties of sound as a basis for composition. A simple way of incorporating this idea is using the natural harmonic spectrum — derived from a simple physical model on a vibrating string — to build scales and chords. When we start dealing with frequencies (the number of vibrations in air pressure per second, which determines the pitch) rather than notes, we tend to get a lot of notes in between the 12 notes we are used to; those strange accidentals on the right side of the board show how to notate the quarter tones to better approximate them." 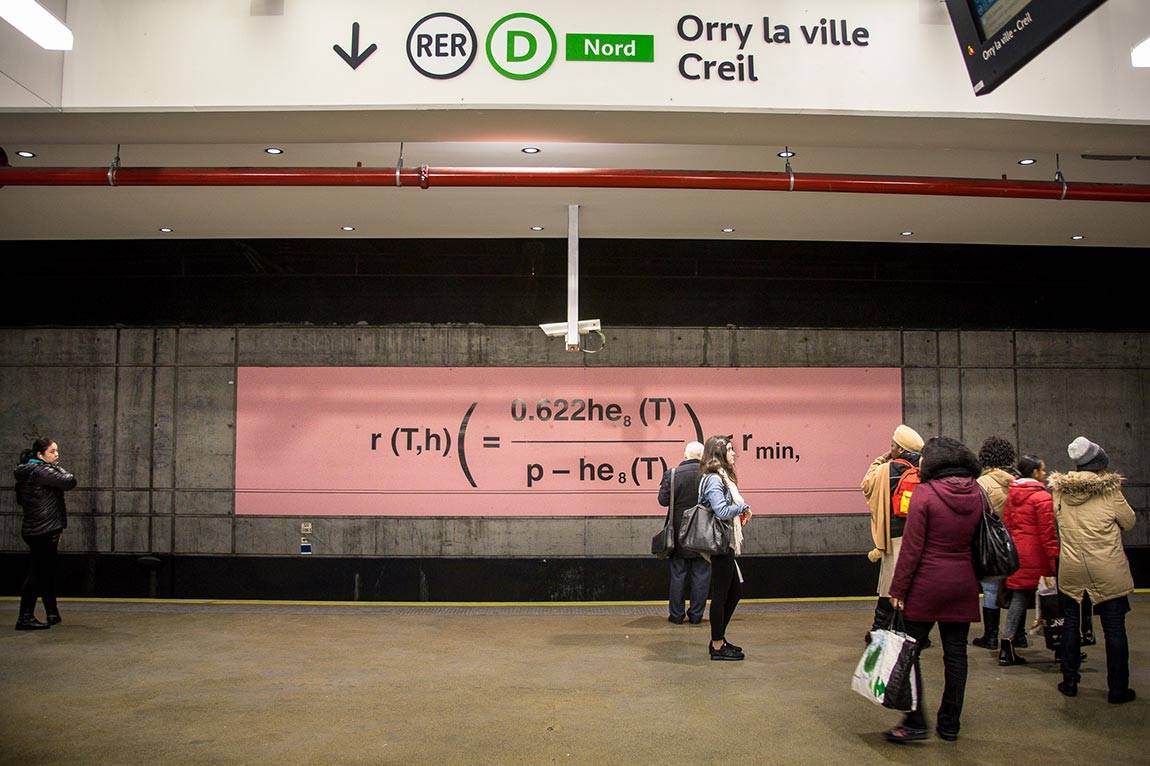 Manabe's seminal work on climate-change modeling is the basis for a yearlong installation that was erected in the Paris subway for the 2015 United Nations Climate Change Conference and is open to the public through November 27. The installation's 42 panels depict equations from a 1967 paper Manabe co-authored with the late Richard Wetherald of NOAA's Geophysical Fluid Dynamics Laboratory that showed that a concentration of greenhouse gases such as carbon dioxide in the atmosphere changes the distribution of temperature.

The paper was the first credible report of what we now call global warming and has been cited about 1,400 times. It would lead Manabe and Wetherald to report in 1975 the first three-dimensional model to demonstrate global warming.

"I was so honored to see this display of my work," said Manabe, 84, who learned about the installation from colleagues attending the UN conference. "It was such a big surprise," he said. "I never anticipated that such a thing would happen. I am very honored and very happy to be recognized in any way."

Manabe was amused to see equations that work together to numerically recreate the complexities of Earth's atmospheric and oceanic system displayed as stand-alone art. "They're small parts of a whole equation system," Manabe said. "These equations have meaning, but do not alone explain the fundamental basis of the work."

Manabe reflected on how accepted climate change has become since he initiated his work, to the point where his equations were publicly displayed during a landmark international climate-change conference. "When I started this work in 1960, nobody gave a damn about global warming," he said with robust laughter. "I did these experiments out of pure scientific curiosity. I never realized that it would become a problem of such wide-ranging concern for all of human society."